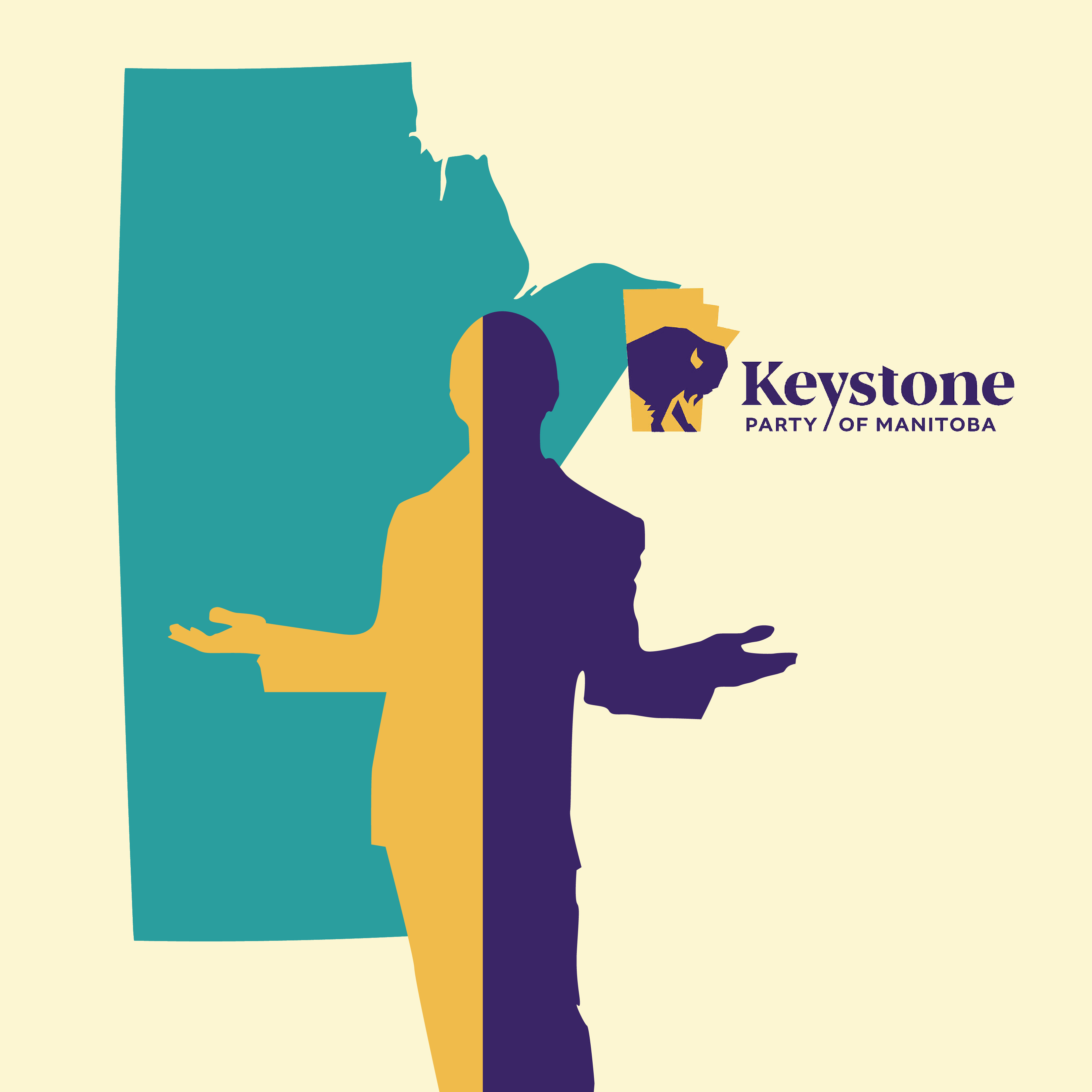 he new Keystone party registered with Elections Manitoba on June 28th. This allowed the party to endorse candidates on a ballot in Manitoba’s next provincial election.

Although the Keystone Party is in its infancy, core ideals have already been developed that shape its identity.

According to the party’s “statement of principles,” upholding the rights and freedoms of Canadians, preserving a capitalist system that promotes free trade and private enterprise, and limiting government powers with an emphasis on empowerment of local municipalities are distinct qualities of party identity. .

Keystone Party Leader Kevin Friesen believes that through this model, his government could help address some of Manitobans’ most pressing issues. Roads, infrastructure, health care, education and reconciliation top the list.

According to Friesen, the issues the party aims to address are “hot topics” concerning Manitobans.

“We didn’t train just to do one thing now. It’s a long term project, we hope it’s a viable option for a very long time.

Friesen also said his party can help students. He believes that today’s students are in a difficult position and deserve programs that will prepare them for long-term success.

He said the recession the province is entering will be “very, very difficult” for students.

“It’s going to be very difficult to get your feet under them.”

One of Friesen’s priorities is to establish programs to help students acquire this foundation,

Another topic that has quickly become an incarnation of the party is its stance on measures to prevent the spread of COVID-19. On July 15, Friesen voiced his disapproval of the measures at the party’s public launch at Vimy Ridge Memorial Park.

With a tough stance against COVID-19 measures, traditionally right-wing views, and a color palette that features mostly purple, similarities can be spotted between the Keystone Party and the People’s Party of Canada.

Friesen said he did not believe the two parties would ever have an affiliation.

However, he acknowledges that many have called the party right-wing. Although this may be popular opinion, Friesen disagrees. He says the Keystone party has a lot of leftist ideas and says that compared to other political parties in Manitoba, it is relatively in the middle of the political spectrum.

“I honestly think we’re a center party and politics has moved so far to the left that we’re looking to the right,” Friesen said.

“The two parties that have the majority of the seats right now, they’re so left right now that we would definitely get the better of them, but I would still say we have a central thought.”

The former head of the University of Winnipeg’s political science department says the NDP remains in the middle of the left wing of the political spectrum, while the Progressive Conservatives continue to occupy the center-right.

Mills thinks the Keystone party could be going through a tough time while trying to gain long-term support.

He said having opposing views on COVID-19 measures might not be enough to sway center-right voters in a Progressive Conservative party.

“I’m not sure it has any big implications for the provincial Conservative party,” he said.

“I think they’re nimble enough to take away any kind of worry people have about warrants, because I think that’s the issue that drove this particular development.”

Mills speculates that the Keystone party might find support in towns where there was concentrated resistance to public COVID-19 measures in southern Manitoba. Even so, he still doesn’t think it will affect support for the Progressive Conservatives in that region, or give the Keystone party any long-term momentum there.

“This kind of concern may well resonate in southern Manitoba ridings where there was various resistance […] in places like Winkler, and Morden, Steinbach,

“I don’t see the provincial Conservatives can’t avoid this by adjusting to their concerns.

After outcry, Disney will allow political ads on Hulu