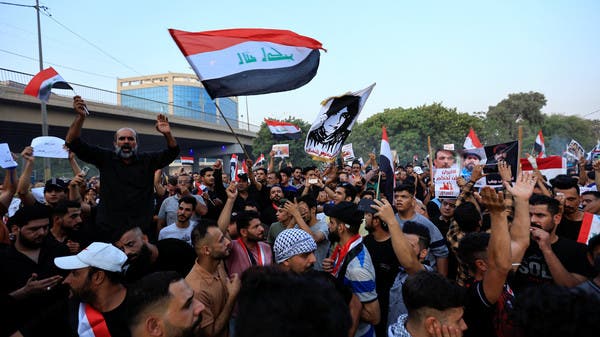 Hundreds of Iraqis angered by a months-long political crisis demonstrated in the capital Baghdad on Friday, days after deadly clashes between rival Shiite groups raised fears of widespread unrest.

For all the latest headlines, follow our Google News channel online or through the app.

The mobilization follows nearly 11 months of paralysis which has left the country without a new government, prime minister or president, as Shiite groups have disagreed over the formation of a coalition since elections last October.

Some demonstrators shouted the slogan: “The people want the fall of the regime”.

Clashes between supporters of Shia cleric Muqtada al-Sadr and rival groups earlier this week turned the Green Zone – home to government buildings and embassies – into a battleground.

The violence shifted to the south of the country on Thursday where overnight clashes between Sadr-affiliated groups and the Iran-backed Asaib Ahl al-Haq force left four people dead.

Two members of Sadr’s Saraya al-Salam force were among those killed.

Despite Iraq’s oil wealth, many citizens are mired in poverty and some 35% of young people are unemployed, according to the United Nations.

Four dead as violent clashes move to Basra in Iraq