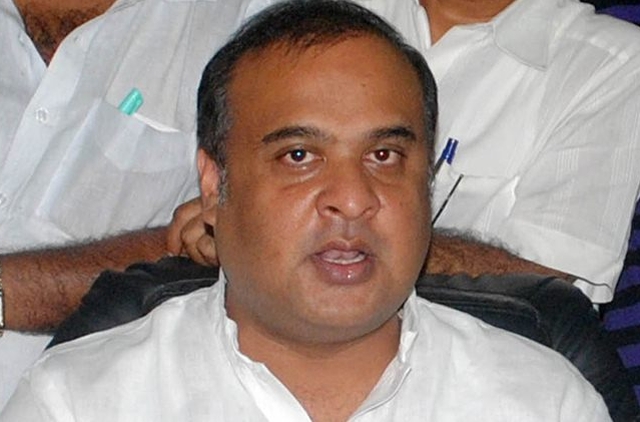 Guwahati: Assam Chief Minister Himanta Biswa Sarma claimed on Saturday that a political party – as part of its efforts to expand its base in the state – was sparking a language-based controversy and was trying to foment divisions between different communities.

Hours after Sarma’s remarks in Guwahati, police arrested Pradip Datta Roy, president of the Barak Democratic Front (BDF), Cachar district, after a local organization lodged a complaint against him.

Earlier this week, Datta Roy gave Cachar’s deputy commissioner a 48-hour ultimatum to suppress a government hoarding written in Assamese, threatening to launch massive unrest if his demand was not met.

Without naming the BDF, Sarma said that a little-known organization in the Bengali-dominated Barak Valley region recently defaced government billboards written in Assamese in black ink, while another organization issued an ultimatum to the state government to remove the sign.

â€œBengali-speaking Hindus are a minority in the Barak Valley. A motivated section is trying to make Bengali Hindus who stay in the Brahmaputra valley vulnerable, â€he told media.

Sarma said that if these organizations really cared about the Bengali people, they would not have done such an act because there are a large number of Bengali speaking people living in the Brahmaputra valley.

â€œAny kind of language-related action in the Barak valley causes a corresponding reaction in the Brahmaputra valley. BJP leaders in the Barak Valley are trying to find details of the instructions of who these people are working, â€the chief minister said, adding thatâ€œ it is not possible to erase the Assamese language from our hearts. “.

He, however, referred to the Trinamool Congress as “the party behind this incident”, which is leading a “motivated campaign”.

“Congress has never engaged in such acts,” he said.

Datta Roy, before his arrest, said that after the historic linguistic movement of 1961 that killed 11 in police shootings, the language law of Assam was changed, making Bengali the official language of the valley. of Barak comprising three districts – Cachar, Karimganj and Hailakandi – inhabited by more than four million people.

The hoarding of the â€œJal Jivan Missionâ€ also led to protests in October by various organizations, including the BDF and the Bengal Youth and Student Organization.

Another industry department hoarding written in English and Assamese installed in neighboring Karimganj district was suppressed after the October protests.

The influential All Assam Students’ Union had opposed the degradation of hoarding, saying it was an insult to the Assamese language while demanding the arrest of those involved in the case.