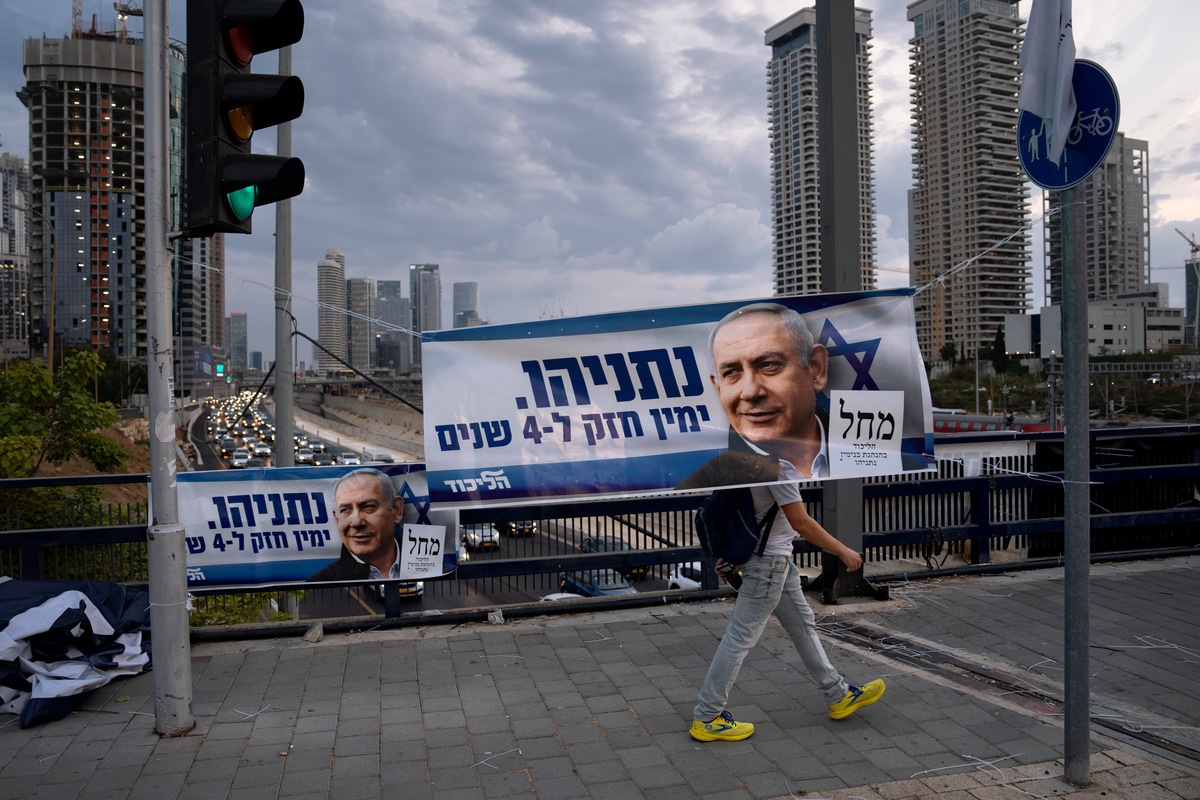 The BDN Opinion section operates independently and does not set newsroom policies or contribute to the writing or editing of articles elsewhere in the newspaper or on bangordailynews.com.

Israeli voters are tireless. The November 1 election will be the fifth in just three and a half years, yet voter turnout is still expected to be around 70%. It’s particularly remarkable because all five elections have really been about the same issue: Should Binyamin “Bibi” Netanyahu go to jail or should he be prime minister?

He is on trial for corruption, fraud and breach of trust, the evidence against him is solid and his peril is real. The justice system is one of the few aspects of Israeli public life that has not been politicized: former Prime Minister Ehud Olmert was sentenced to six years in prison (reduced to 18 months on appeal) for the exact same charges that Netanyahu currently faces.

Netanyahu has taken advantage of being a right-wing populist and ultra-nationalist at a time when that flavor is enjoying considerable political success (Trump, Bolsonaro, Orban, Meloni, Modi, etc.). But it is all the same remarkable that a man can make his destiny the central political issue of a country of 10 million inhabitants.

Political attempts to bring down various coalitions led by his Likud party began even before he was formally charged in late 2019, and he barely scored a victory in each of the first three elections. After 12 consecutive years in power, he lost the fourth election in 2021 by an equally narrow margin and is currently in opposition.

But Netanyahu is pushing to return to power next month – and this time he might be able to form a coalition that would put an end to his legal worries. The Religious Zionist Party is relatively new on the scene, but it is already the third largest party in the country.

If a gang of criminals managed to seize political power, one would expect them to decriminalize crime. If the Religious Zionist Party joined a victorious Likud-led coalition, its proposed “Law and Justice” plan would take power away from the courts and give it to politicians instead — and most notably, it would strike down the current law against fraud and breach of trust.

The leading figures of the Religious Zionist Party, Bezalel Smotrich and Itamar Ben-Gvir, were once irrelevant in Israeli politics.

Ben-Gvir admires notorious Israeli terrorist Baruch Goldstein, who murdered 29 Palestinians and injured 125 others in Hebron in 1994. Smotrich says ‘Israel should be run according to Torah law’ – a theocracy like Iran, in d’ other terms. But Israeli politics has now shifted far enough to the right to include them themselves: 62% of Israelis now identify as right-wing.

Netanyahu is not a religious zealot himself, but Smotrich’s ‘legal reforms’ would overturn Netanyahu’s indictment, so he would have no reservations about being given leadership positions in Religious Zionist Party if right-wing parties win enough seats in this election to form a government. .

Are they going? Impossible to say, really. The magic number is 61 (out of 120 Knesset seats), and pro-Netanyahu right-wing parties consistently get only 59 or 60 seats in the polls. The Jewish parties in the current coalition get 56, and the four parties representing Israel’s Arab citizens get four seats (or possibly none, if they can’t unite).

Like the four previous elections, this one risks ending in a cliffhanger. It may not even be the last in the series, as most Israelis vote the same way every time. Meanwhile, however, the real world around them is going to hell.

The cities of Jenin and Nablus in the northern West Bank are already effectively outside Israeli or Palestinian Authority control. Heavily armed young militants from the Lion’s Den militia dominate the streets except when the Israeli army fires, and a third full-scale intifada could be weeks away.

Yet Israeli voters, constantly distracted by Netanyahu’s melodrama, seem largely oblivious to what lies ahead.

More articles from the BDN