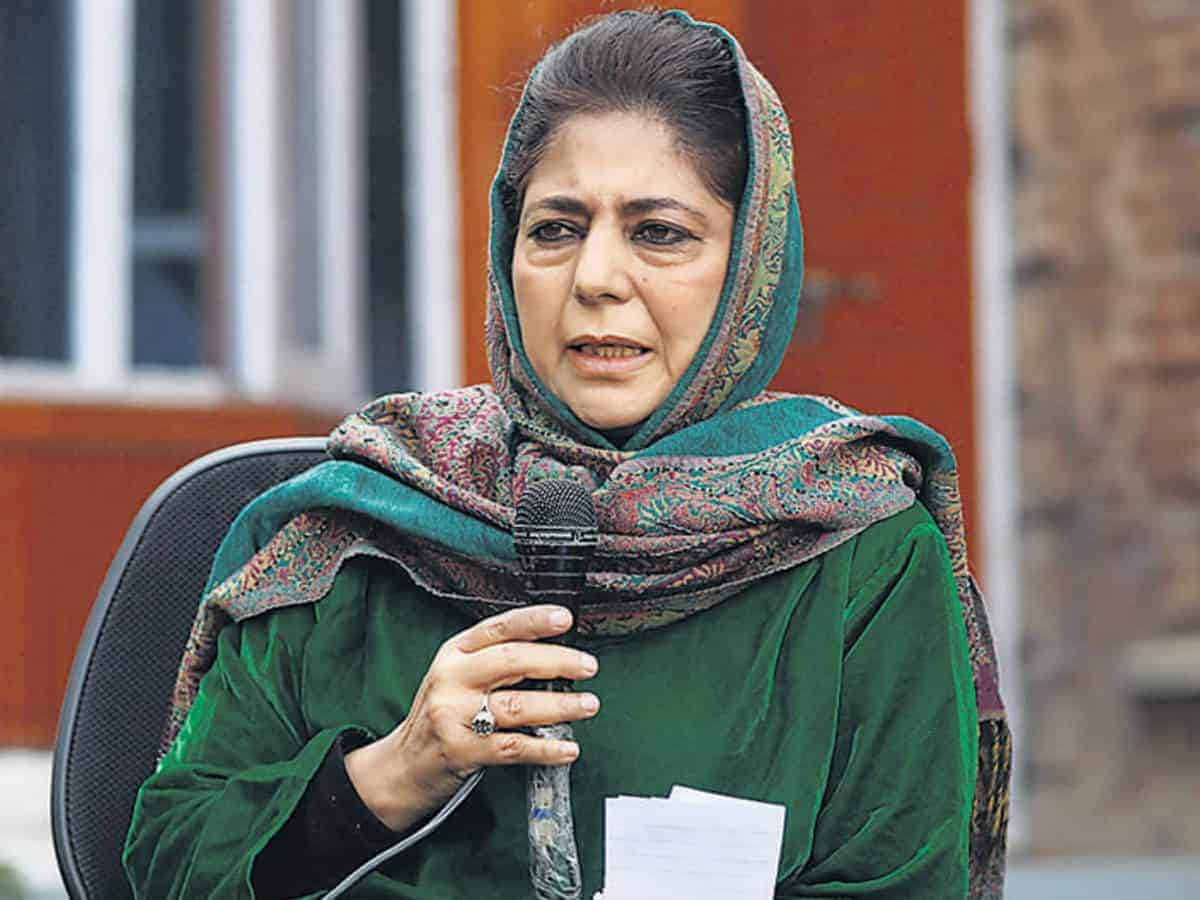 BJP has made Amarnath Yatra a political issue: Mehbooba Mufti

Srinagar: PDP Chairman Mehbooba Mufti on Wednesday accused the Union government of making Amarnath Yatra a ‘political issue’ by allowing people to go on pilgrimage in far greater numbers than had been recommended by a committee.

People’s Democratic Party leader hit Center over Amarnath flash flood that left 16 dead and more than 30 missing, saying environmental conditions do not allow more than 5,000 pilgrims a day to visit the shrine from the cave.

Mehbooba, a former chief minister of Jammu and Kashmir, said the BJP had made the yatra a political issue, instead of letting it remain religious.

The environment does not allow more than 5,000 pilgrims every day, but they have sent thousands of people there. The result was that the downpour took place, she said, addressing a party function here.

The PDP chairman alleged that the administration was hiding the true death toll in the incident which took place on Friday.

We still don’t know, because they’re not telling the truth. They say 15 to 16 people were killed, but several people are missing. The way motorbikes, dead horses are coming out of the rubble and many people are still missing, there seems to be a huge loss, more than they say, she said.

Mehbooba said the government allowed many more people in than was recommended by a committee, purely out of stubbornness.

They kept saying seven lakh people would come and it would be for two months even though there is a committee report that says no more than 5,000 people should come up in one day, no more than 1 lakh in total, and the yatra should only last a month, she said.

It seems they feel that JK does not belong to them, but to someone in the neighborhood. They don’t accept our membership, which was done on an equal footing, they think we are someone else’s territory, which they have now taken over, Mehbooba said.