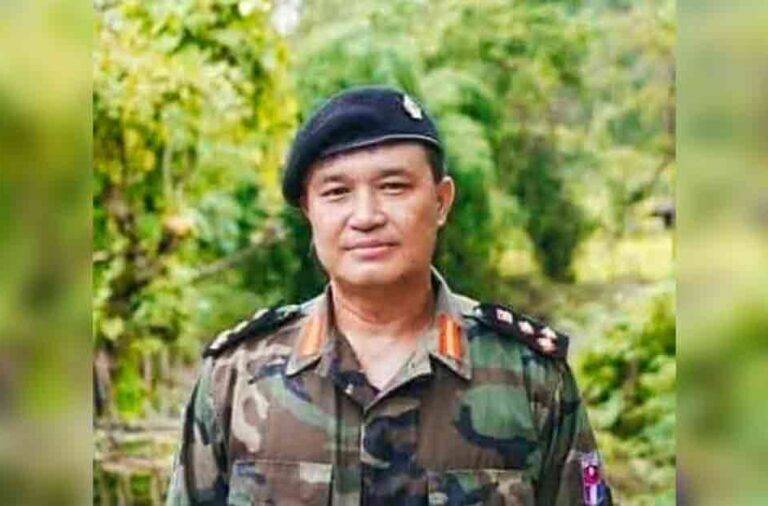 Why did you form Kaw Thoo Lei’s army?

It is a question of building a federal army and we are progressing in this direction. Sometimes politicians make mistakes, so we want to be a relief force. Kaw Thoo Lei’s army was formed to fight against the enemy.

Is it independent or is it part of the Karen National Liberation Army (KNLA)?

It is an independent body. We will cooperate with other stakeholders to fight the dictatorship. Some of the KNU leaders work with the military regime. Under these circumstances, it is not easy for us to work with them. We are not able to fight against the military regime and it is difficult to move forward. That’s why we formed a new armed organization. It’s not a split. We will work with other stakeholders, including KNLA and KNDO, who oppose the junta. The purpose of creating the Kaw Thoo Lei army is to take action against the dictatorship.

Did the Kaw Thoo Lei army split from the KNU?

Frankly, we want a political change (in the KNU). The KNU conference took place six years ago. According to official policy, the conference is to be held every four years, but no one has taken responsibility for it. In my opinion, some KNU leaders are walking a path created by the enemy. We want to move forward and act against the military regime. We will work with other organisations, including the People’s Defense Forces (PDF), which are fighting against the military regime. But we will not work with organizations cooperating with the enemy.

Does this mean Kaw Thoo Lei’s army is not working under the KNU?

At the moment we are not under the KNU.

Does this mean that the Karen armed organizations have fractured?

The groups did not separate. Some DKBA soldiers are fighting against the Burmese Army (BA). Some KNU/KNLA Peace Council soldiers are also fighting the BA. We try to unite them all to fight against the military.

Some people criticized your decision to create a new group? How about that?

People see it in different ways. They should view it as a positive step. We have been part of the revolution for many years. We will never let the people suffer. We have always worked for our people and made our enemies miserable. People can observe our plan and our future activities to see that we intend to create unity among groups and mutual understanding. We are not narrow-minded. Everyone is invited to join us as we work towards the political goals of the Karen people in a new direction. We don’t do anything divisive.

What is the political objective of Kaw Thoo Lei’s army? Have you already developed a political strategy?

We have not yet developed a political policy. For this, we will proceed step by step. Our first concern is to overthrow the military regime and then we will work out our policy.

What challenges does the KNDO face following the creation of Kaw Thoo Lei’s army?

They (KNU) removed me from KNDO after 25 people were killed. Brigadier General Saw Shee Lay was appointed in my place, which complicates my participation in KNDO. I want to do something to fight the enemy and work for my people. That’s why we formed the Kaw Thoo Lei Army and we work with other organizations and others who fight against the BA.

Can you tell us where Kaw Thoo Lei’s army area is? Have you marked off an area?

At this time, I cannot provide these details.