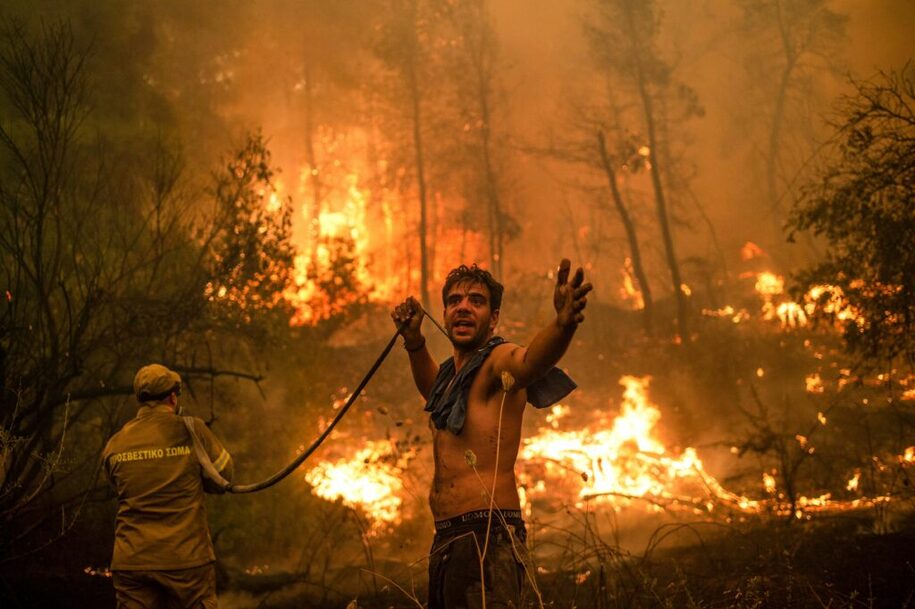 Can we turn the threats of climate change into an important political issue and help the planet get started?

Personally, I’ve been thinking for a while that there should be a way to turn climate change-related weather events into political issues for 10/2022 and beyond, around ideas that:

1) Climate change-induced transitions in weather patterns are already changing in ways that will harm Americans and global citizens before the election– record temperatures, the structural drying up of the western third of the United States, the virtual disappearance of the Great Salt Lake (and the toxic air that surrounds it), floods (see: Yellowstone), most likely a number hurricanes above normal amounts of rain as they move very slowly, increasing wildfires, etc., and

2) Democrats will put American resources and ingenuity to work to combat these patterns – developing responses now and over time, and providing examples for much of the world. Republicans won’t.

Yesterday’s New York Times online article by Coral Davenport, published today, provided another painful reminder of patterns that are already in the works whereby the Republican-built justice system will do everything in its power to prevent administrative actions that could slow down those patterns.

In a few days, the conservative majority of the Supreme Court is expected to hand down a decision that could significantly limit the federal government’s power to reduce carbon dioxide from power plants, pollution that is dangerously warming the planet.

But this is only the beginning.

The case, West Virginia v. Environmental Protection Agency, is the product of a coordinated, multi-year strategy by Republican attorneys general, conservative legal activists and their funders, many of whom have ties to the oil and coal industries, to use the judiciary to rewrite the law environment, weakening the executive’s ability to fight global warming.

Other climate cases are coming before federal courts, some presenting new legal arguments, each carefully selected for their potential to block the government’s ability to regulate industries and companies that produce greenhouse gases.

The plaintiffs want to frame what they call the administrative state, EPA and other federal agencies that make rules and regulations that affect the US economy. That should be the role of Congress, which is more accountable to voters, said Louisiana Attorney General Jeff Landry, a leader of the Republican group behind the lawsuits.

But Congress has barely addressed the issue of climate change. Instead, for decades it has delegated powers to agencies because it lacks the expertise of specialists who write complicated rules and regulations and who can react quickly to changing science, especially when Capitol Hill is blocked. West Virginia v. EPA is also notable for the tangle of ties between plaintiffs and the Supreme Court justices who will decide their case. The Republican plaintiffs share many of the same donors behind efforts to name and confirm five of the Republicans on the bench – John Roberts, Samuel Alito, Neil Gorsuch, Brett Kavanaugh and Amy Coney Barrett.

“It’s a pincer movement,” said Lisa Graves, executive director of the progressive watchdog group True North Research and a former senior Justice Department official. “They are forcing lawyers to take the case to the same judges they handpicked.”

The challenge, then, is for Democrats to:

1) Linking severe weather crises to Rethug policies, including links to polluters and the carbon lobby;

2) link the abuse of power in the courts, all the way to SCOTUS, which prevents important policy changes that COULD help reduce the peak of weather effects to the continued threat from Republicans;

3) Make it clear that, if you want to solve this problem, you can’t do it by the right.

Is enough emphasis placed on the political impact of weather-related disasters? At this point, I would say “no”. An example? In today’s WaPo, by Paul Waldman:

At this point in history, Republican radicalism comes in so many forms – electoral subversion, draconian abortion restrictions, gun fetishism, anti-LGBTQ scapegoating – that some argue the party is heading towards a new kind of fascism. This raises complicated questions, but one of the main characteristics of fascism is the glorification of violence as a tool of internal politics.

Uh, Paul, where is the ongoing destruction of planet Earth as a home for humans and animals on this list of radical policies? It needs to be added.