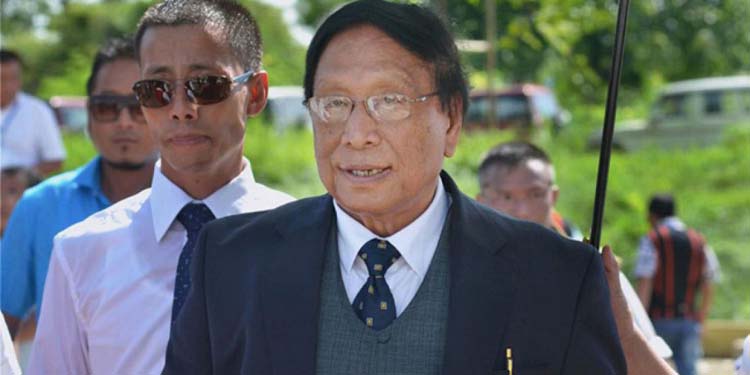 The NSCN (IM) accused the Indian government of resorting to deceptive treatment of the Naga political issue by signing a ceasefire after ceasefire agreement with its “surrogate factions”.

“Such a double game by the Indian government only casts doubt on India’s sincere commitment. The Naga political issue is not something to be displayed in this deceptive manner to the world, ”the Ministry of Information and Publicity of the outfit said in a statement.

Claiming that the problem is one and that there will be a solution, the NSCN (IM) said that you can fool a few buddies but in the end you can never fool people.

Read also: The Niki Sumi faction of the NSCN-K signs a ceasefire agreement with the Center

After concluding a ceasefire with other Naga political groups, the Indian government signed a ceasefire agreement with the Niki Sumi faction of the NSCN (K) for one year on September 8.

The NSCN (IM) has alleged that the Indian government has gained notoriety for its undue indulgence in the deceptive deals that enter into the role of a scheming villain to kill the Naga problem by keeping the Nagas divided.

Also read: Naga talks about dismissal of his interlocutor RN Ravi as governor of Nagaland

The world is not blind, however, and is carefully watching the dramatic political situation in Nagalim (Nagaland), he added.

The statement said the world is also taking notice of the political wisdom of India’s political leaders who are leading the political talks with the leadership of the National Socialist Council of Nagalim (NSCN).

He said that they are the one and only genuine political organization of the Naga people who have agreed to enter into political dialogue on the basis of mutually agreed points, to speak at the highest level, unconditionally and in third countries.

He said that in the talks that followed, with a better understanding of each other’s position and with respect for the historical and political rights of the Naga people, an indelible step was taken when the historic framework agreement was signed on August 3, 2015.

The agreement placed the hope of the two peoples at a high level for a lasting solution and peace in the country, he added.

The NSCN (IM) said it would stick to the deal in any eventuality while saying both sides have a lot to gain from the framework agreement.

He felt that it would be a bad move for the Indian government to complicate the Naga issue by taking pleasure in seeking out numerous agreements under false pretenses which have no political significance vis-à-vis the Naga solution.

Claiming that no number of agreements will provide a solution unless it is based on problems, the NSCN said finding a solution makes no sense and is a waste of time if it is not he is with the mandated organization which holds the trump card.

He also asked the Indian government if it would also enter into agreements with others on the political issue of the Naga on behalf of the stakeholders.

“It will simply be a breach of trust and a travesty of the Naga question,” he said.

According to the NSCN (IM), it is extremely important at this point that the Indian government reaffirms its position and commitment to the framework agreement.

“The Indian government and the NSCN have come a long way in negotiating for the Naga solution which is honorable and acceptable to both parties. No matter how complex, there is no leak. Both sides must dig deeper into the crux of the matter with mutual respect and commitment, ”he added.