While appreciating the committee’s mission, however, JDU said it was doomed because its purpose was “vague in itself”.

Highlighting some relevant issues facing the Naga society, JDU State General Secretary Kitoho S Rotokha at a press conference at Saramati Hotel in Dimapur said that the work of the central committee is curtailed to that of a simple messenger with no principle of his own.

Rotokha further stated that an elected government must have the power to decide what is honorable for its citizens.

“Regardless of whether the negotiating groups accept it or not, he could have come out with what is best for the people from his point of view,” he added.

He said they were just “silent listeners” and lacked the courage to represent the people who yearn for peace.

“The UDA must honestly admit that its mission has become futile and therefore morally accept its failure and withdraw from the so-called mission and simultaneously the UDA must also be disbanded and return to the previous PDA by honestly admitting its irrelevance,” he said.

JDU Nagaland has also appealed to all surface Naga organizations to show tolerance towards each other and refrain from retaliating against other Naga organizations or individuals, as this will not bring in no way a healing touch to the conflicts that have been created. by themselves and their opponents.

The JDU also made it clear that it had no ulterior motive to slander political parties or social organizations, but that peace should reign in Naga society and that the Indian government should honor its commitments to national Naga organizations by negotiation.

“Since the Government of India has accepted that the Naga political issue is unique, therefore the solution should also be unique and in this uniqueness, the flag and the constitution must be addressed,” he said.

The President also said that they are aware that the negotiation is blocked on the flag and the constitution, and therefore there must also be a way out without completely undermining the request of the NSCN (IM). 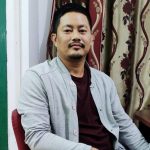 Purnungba Longkumer worked in the IT industry before joining Eastern Mirror. He is interested in making documentaries and other visual content.