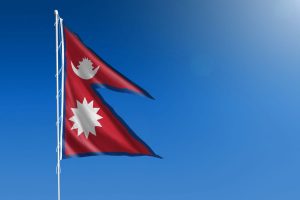 Any commentator worth their salt can only be interested in the fact that Balendra Shah is now the mayor of Kathmandu. Indeed, there were other equally successful independents. Most notable among them were Gopal Hamal of Dhangadhi and Harka Sampang of Dharan. These three stand out for the simple reason that they were true independents, not malcontents ignored by the higher brass who will in all likelihood return to the party fold in due course.

Shah’s case differs even more from that of Hamal and Sampang since the latter two were well-known personalities in their respective constituencies, not to mention that they had both been candidates for mayor in the previous round as well. Shah was a total non-entity ~ unless one tuned in, I presume, to the very niche Nepali hip-hop scene. This is why, since his candidacy began to gain momentum, comparisons have been drawn with the phenomenon Nani Maiya Dahal during the 1981 election to the then national legislature, the Rashtriya Panchayat.

Arguably even more unknown than Shah, and without the power of social media to help him, Dahal secured more than double the votes of the other winner, establishment favorite Jog Mehar Shrestha, in the Kathmandu constituency. composed of two seats. Analysts who report the parallel generally tend to make the distinction that Dahal’s victory was meant to serve as a slap in the face to the Panchayat system while Shah represents hope.

As Devendra Raj Panday, now the eminence grise of Nepalese civil society, wrote at the time, that Dahal’s astonishing performance was “a victory interpreted and celebrated as ‘votes of frustration and rejection'”. . Even one of the captions from the “Nani Maiya Dahal Collection” of the Nepal Picture Library Online states in a neutral and rather unflattering way: “Dahal was elected to mock the Panchayat system because few people took her seriously. After his victory, there was a huge rally to celebrate which symbolized a fight against the system.

I remember his campaign as being equally steeped in high expectations and not just a political statement. I was still very young then and could have misinterpreted the adults’ mood. But writing about the 1981 elections, the late Harka Gurung noted that Dahal won in Kathmandu where “six former and serving members of the Rashtriya Panchayat, including four former ministers, contested and only one succeeded” before concluding that the election results demonstrated “the rejection of traditional elites in politically aware neighborhoods”.

With Shah’s victory, rejection of the “traditional elite” was clearly on the minds of the Kathmandu electorate. We grew up hearing that Nepal’s late Congress leader Ganesh Man Singh once boasted that the victory was theirs even though the Congress is offering a cane as a candidate in the capital.