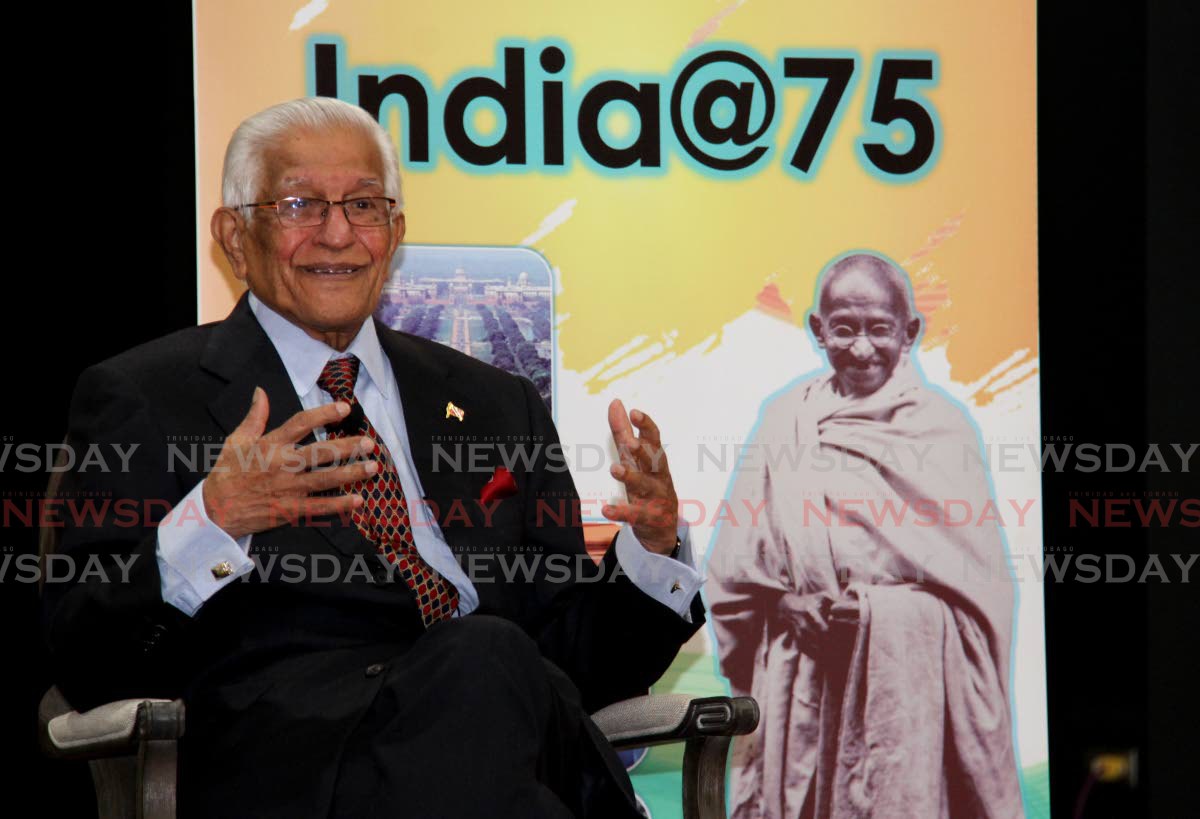 FORMER Prime Minister Basdeo Panday said that, barring political and constitutional changes, the chaotic situation that arose in Parliament during the president’s impeachment motion on Thursday would be repeated.

Panday described the mess that arose when the Electoral College met to decide the fate of President Paula-Mae Weekes as a reflection of the chaos in the country.

â€œIt’s no different. There would always be chaos unless we could change our political system and hopefully do so peacefully. “

Panday observed that people around the world desperate for peaceful change often resort to violence to bring about desired changes and warned against such resistance.

“I pray to God that this is not necessarily the case in TT,” Panday said, commenting on the defeat of a motion by opposition leader Kamla Persad-Bissessar under Article 36 of the Constitution for impeach the president on the circumstances surrounding the appointment of a substantive police commissioner (CoP).

The motion was defeated with 24 and 47 votes against.

Panday said the confusion that has arisen in public over the interpretation of the clauses of the Constitution under which the motion was made and President Bridgid Anisette-George’s ruling, proves the point he has been making for 20 years. years and older.

â€œPeople behave the way they behave because of the current political system. Unless we change it, they will continue to behave like this.

Panday, who is no longer involved in active politics, observed: “What we continue to do is look for someone to blame.”

He said the difference of opinion on whether there should be a debate on the motion as presented by the opposition or simply a vote as approved by the government is a moot point in this circumstance. .

â€œAnyway, tell me something, if they (the opposition) had spoken and if there was a vote, don’t we already know the result. Then I come back to my original point – a constitutional change. “

â€œThe problem is that they are operating under a Constitution and a political system that does not quite suit us. And no matter who we have there, we’ll continue to be in the mess we’re in. “

He said, â€œUnless we change the political system, we will keep repeating this kind of waste of our energy. “

When asked what he could do, besides using his voice, to make the changes required at this point in the nation’s history, Panday recalled that it was Parliament’s mandate.

â€œThe Constitution and the political system can only be changed by Parliament and none of the parties in Parliament wants to change.

â€œI will continue to call and call on those responsible – the government and the opposition – to bring about a change in the Constitution and the political system. They should not be the perpetrators of the destruction of TT.

If Covid is not a political issue, the health service