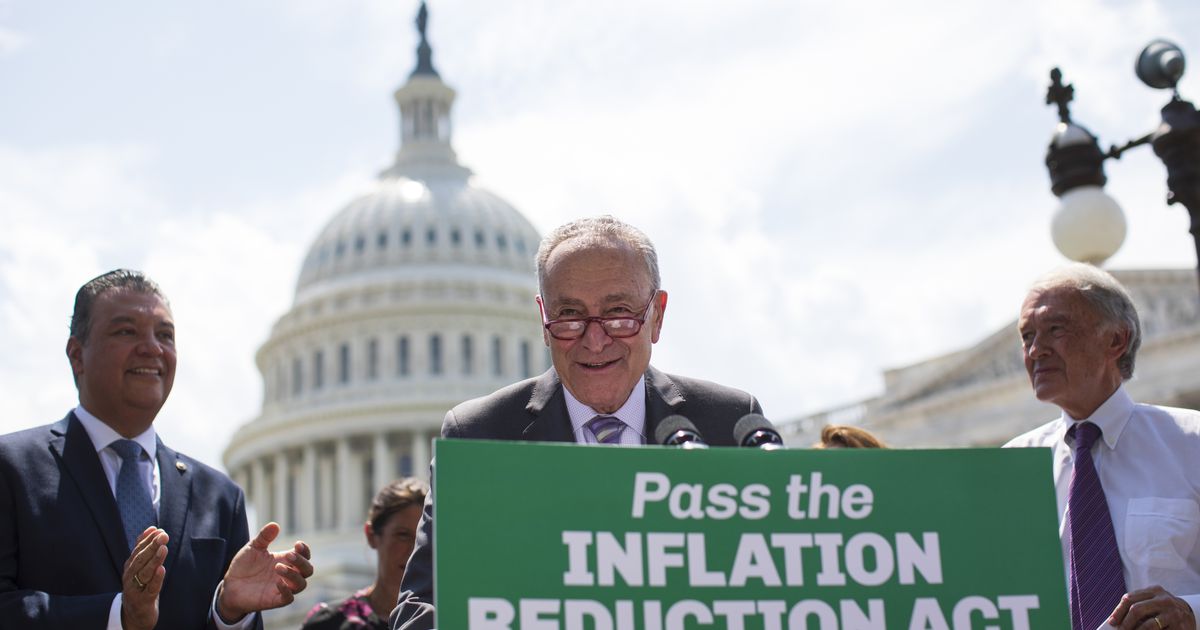 The Senate’s climate action is as much penance as change.

Over the weekend, the Senate passed the Inflation Reduction Act. The bill is the most significant action this organization has ever taken to address climate change. It also represents a huge change in role for the Senate. For decades, the Senate prevented the country from taking meaningful action.

The Senate negotiations that resulted in hidden climate provisions in a bill named to curb inflation are a fitting end to the Senate’s failure to address climate change. The country’s past failures to make progress on climate change can be explained almost entirely by the Senate’s long history of viewing climate progress as a threat to the US economy.

So how did the Senate get over the hurdle? While a wafer-thin partisan majority passed the bill, it relied on tax incentives for green power, energy efficiency and industrial investment. Those senators recognized that changes in the economy made this kind of bill possible — innovations ranging from cheaper electric cars and solar panels to new batteries and energy-efficient appliances. Moreover, these types of investments are critical to keeping our economy competitive as the world faces climate change.

I consider this enactment as much a penance as a change. After all, the United States has not only caused an extremely disproportionate share of global emissions, but also for decades, due to the obstacles posed by Senate ratification, the United States has single-handedly done global negotiations on the climate a mess.

A quarter of a century ago, Vice President Al Gore traveled to Kyoto, Japan, and dictated the terms of a global agreement. While the world was bending over to entice our country to join the agreement, the United States would not end up ratifying this agreement. In fact, it was such a failure in the Senate that President Bill Clinton never even presented the treaty Gore had negotiated for ratification. Once President George W. Bush was elected, he made it clear that he would not act either. Our country’s inaction undermined the Kyoto accord. The countries tied to the deal watered it down because we stayed away.

Then, seven years ago, President Barack Obama argued for a bottom-up approach in Paris. The world has understood why. The voluntary commitments would not bind any country and, therefore, would not require Obama to submit the agreement to the Senate for ratification, which was hostile to climate action due to concerns about the US economy.

Obama’s desired proposal was not far from where the Paris Agreement ended up landing. While the United States negotiated the Paris Agreement, once elected President Donald Trump withdrew from it. Trump’s concerns have also been framed as avoiding harm to the US economy.

But this weekend, the Senate passed a bill that will provide $369 billion in tax incentives to transform the economy. Unlike the regulations Obama imposed using the Clean Air Act, these incentives aren’t as vulnerable to a changing of the guard in Washington or clawback of progress by the Supreme Court.

Once the economic incentives are taken advantage of, homes and businesses will stick with them no matter what happens in Washington. For the foreseeable future, these economic incentives were the best shot (perhaps the only shot) the United States had to significantly reduce our carbon emissions.

So will this bill be enough? No. But that’s not the right question. Avoiding climate change should not be seen as a “you did it or you didn’t do it” issue. It is rather a problem of the spectrum of possible futures. With this bill, we have changed our course for the better. With these incentives, more than before, the economy and climate progress will walk hand in hand instead of pushing against each other.

Inaction is the biggest obstacle we face in the face of climate change. Starting somewhere is the key to progress. Beliefs that we can’t make a difference or that it will be too difficult often get in our way. But we can make a difference and chart a better course. And this weekend – thanks to the Senate – we did. It is worth celebrating.

Brig Daniels is a professor of law at Brigham Young University Law School.