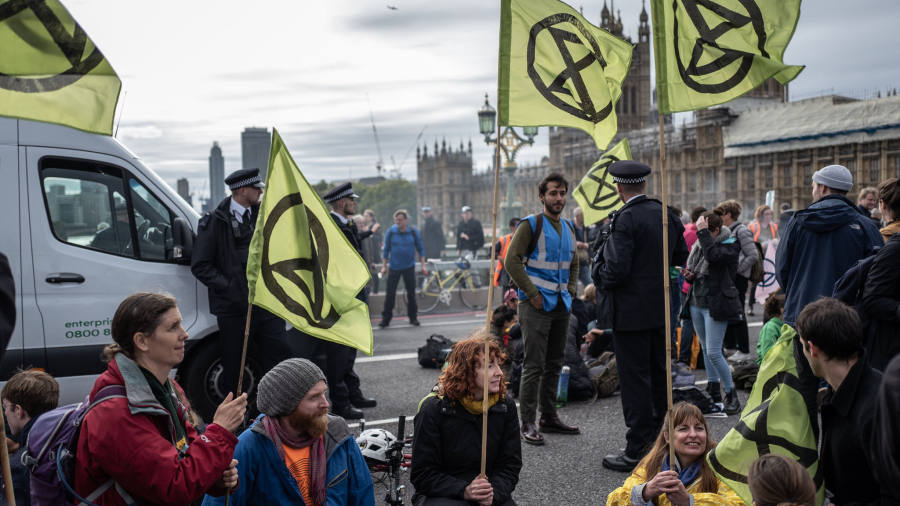 30 or 40 years ago, it was easy to categorize environmental movements. These were either non-governmental pressure groups like Greenpeace, founded in 1971, or unconventional political parties like the West German Greens, created in 1980. They generally belonged to the progressive or radical wing of politics, including including early 20th century activists such as suffragists and pacifists.

Nowadays, the environmental cause is more diverse. It includes new forms of radical activism, like Extinction Rebellion, which advocates civil disobedience, and Fridays for Future, a movement of schoolchildren who go to demonstrations rather than their classes. But it also includes scientists, teachers, private sector businessmen and politicians from all walks of life, especially from the populist right.

Many governments in Europe and around the world are proclaiming their determination to tackle climate change. As environmentalism became mainstream, politicians realized that there were votes to be garnered for promising actions.

Strategies on climate change are taking shape not so much because of radical activist pressure but because corporations – that is, more voters, employees and citizens – want something to be done. Political and business leaders are reacting.

Video: Climate change explained: why are world leaders in denial?

This growing social awareness is by no means limited to Europe or Western democracies. In a recent YouGov survey of 30,000 people in 28 countries, the people most convinced that human activity was primarily responsible for climate change were people in India, Thailand, Spain, Indonesia, Italy, Vietnam and the Philippines. Arvind Kejriwal, chief minister of Delhi, says the toxic smog has turned the Indian capital into a “gas chamber”.

In the United States, there are five times more people who accept the reality of global warming than deniers. Climate change figures prominently in the Democratic Party’s contest for the 2020 presidential nomination. Joe Biden, Elizabeth Warren and other candidates have ambitious clean energy plans. California, the most populous U.S. state and a Democratic stronghold since 1992, suffers from coastal erosion, wildfires and blackouts that are raising awareness of climate change.

The Trump administration, however, plans to withdraw the United States from the Paris climate agreement designed to tackle global greenhouse gas emissions.

The denial of climate change has a broader social and political basis in the United States than in Europe. It extends beyond lobbyists for the fossil fuel industry. It attracts conservatives from small governments, libertarians, and people who argue that the American way of life is rooted in high levels of material consumption.

In contrast, the EU and individual European governments like to see themselves as world leaders on climate change.

They praise the sincerity of Swedish teenager Greta Thunberg and other activists, even though they consider the radicals’ demand for net greenhouse gas emissions by 2025 to be utterly unrealistic.

For her part, Ms Thunberg observed during a recent visit to the United States that “we must always use our voices to ensure that those in power are focused on the right things.”

One example is the pledge by the Italian left-wing coalition that took office in September to make climate change a compulsory part of school education.

Even bolder initiatives could be expected in Germany if the Greens, who lead the polls, enter government after the Bundestag elections scheduled for 2021.

However, phasing out lignite mining in Germany will be difficult due to resistance to anticipated job losses and because renewables will not immediately compensate for the reduction in electricity from coal-fired power plants.

Public campaigns to tackle broader environmental concerns by reducing EU agricultural subsidies can have a hard time having much effect. Last month, some 2,500 scientists called for sweeping changes to the bloc’s common agricultural policy, citing an “unequivocal scientific consensus” that intensive farming methods are causing biodiversity loss. But the committee still proposes that the EU budget for 2021-2027 allocate 365 billion euros to agriculture, or more than a third of total spending, to support farmers and rural development.

Climate change policy in Europe is evolving. Radical right-wing parties, which once despised environmentalism as a cosmopolitan illusion, are changing their tone, in part because young supporters believe in climate change.

Marine Le Pen, leader of the French far right, asserts that environmentalism is a patriotic cause and that only “nomads” without a homeland don’t care. Young activists from the right-wing populist Alternative for Germany want their party to support a one-child policy in developing countries to fight overpopulation, seen as a cause of climate change.

Even so, the French yellow vests The protests (yellow vests) of 2018 illustrate the risk to governments if they increase fuel prices in an attempt to reduce emissions.

The measure has sparked complaints that green policies favor the affluent city dwellers at the expense of the rural poor. In this way, controversies over how best to deal with climate change fuel more heated debates about inequalities in European society.

Video: Climate change explained: why are world leaders in denial?