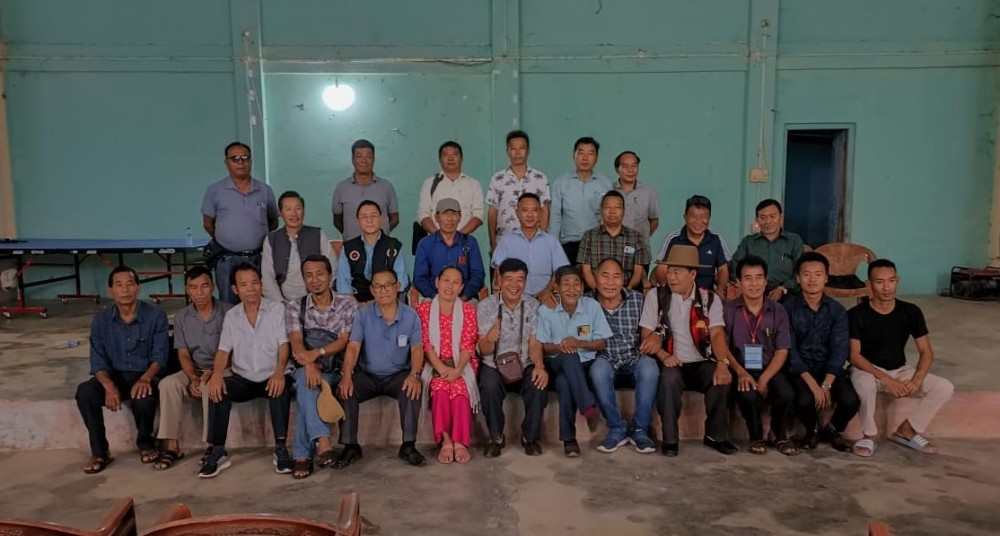 Dimapur, July 5 (MExN): The Central Council of Nagaland Tribes (CNTC), which called for the resumption of oil exploration and extraction in Nagaland, held meetings with various organizations based in Lotha, including Lotha Hoho, to discuss various issues .

Besides the meetings in which issues such as oil exploration in Nagaland, the foothills route and the Naga solution were discussed, the CNTC, together with the organizations, also visited the Changpang oil field to gather information. first hand on the issue facing oil land owners,’ the statement read.

oil exploration
According to the statement, CNTC Chairman T Lanu Imchen said that the Lothas in particular are losing a lot due to the non-exploration of oil on their land. Since the CNTC can only act as a pressure group for the resumption of oil operations, it advised the oil villages of Changpang and Tssori, being the first villages in Nagaland to have oil production, that whatever the agreed terms, they should be beneficial for all Nagas.

He said CNTC General Secretary Er Tsungrosan Kithan gave a brief update on the oil issue and reminded landowners to be aware that differences of opinion would still be there, but “there will be a way out of the situation”. He argued that the Lotha Hoho filed the PIL against the regulation of Petroleum Law by the Nagaland government keeping in mind the rights of landowners in particular and Nagas as a whole. He also asked the landowners to be aware of the contents of the tripartite talks regarding oil exploration and updated the participants on CNTC’s recent interaction with the Managing Director of Oil India Limited (OIL).

Meanwhile, the CNTC vice president lamented that the Nagaland government is prolonging the mining and encouraged the three tribal Hoho at the top under the CNTC to complete any request from the CNTC to add more weight, says the communicated.

Explaining the PIL and related issues, Lotha Hoho Chairman Er Mhondamo Ovung said that the PIL “has already been withdrawn by the LH after the written assurance from the Nagaland government agreeing to amend certain rules and regulations mentioned in the ‘Nagaland Petroleum and Natural Gas Regulations/Rules,’ the statement read.

According to the statement, during the interactive meeting, Tssori and Changpang Petroleum Union Chairman John Kikon asked the CNTC to consider Section 371(A) and ways to use the said section in the benefit of the Nagas. Kikon also asked the CNTC and CSOs to pressure the government and other involved parties for the resumption of oil exploration and extraction and informed about the tripartite negotiation between the governments of Nagaland, India. Assam and India.

Kikon maintained that since the shutdown of oil extraction in 1994 to date, no NGO, CSO or government has taken corrective action to contain oil spills that posed environmental risks.

“He claimed that the landowners have never been compensated for the oil areas that have been sealed off since the closure of oil extraction. Kikon further said that for the negotiation of the oil royalty, the opinion of all Nagas should be consulted as Changpang and Tssori were not the only oil areas in Nagaland,” the press release said.

Earlier, during the interactive meeting between CNTC and owners of Changpang oil field, Chairman of Changpang ONGC, Nzanbemo Yanthan informed the house that a total of 31 oil wells had been drilled by ONGC and of which 21 wells were oil and two gas. He also informed the members that the ONGC was doing a horizontal deviation and said that any encroachment on land by Assam took place after the discovery of oil in Changpang and Tssori areas, CNTC Media Cell said. .

“Lotha Hoho Chairman Er Mhondamo Ovung suggested that Nagas issues should be initiated and decided by the CNTC on behalf of the three tribes, namely Lothas, Aos and Sumis,” he added. .

The CNTC chairman is said to have lamented the “exorbitant taxes levied on his own people by various Naga political groups (NPGs) taking advantage of his protracted discussions with the Indian government”, while saying that the final solution must be signed at the earliest.

Among other things, during the interactive meetings, CNTC officials, emphasizing the need for unity among the three tribes, explained its formation and purpose and also highlighted its participation in various state-convened consultations on issues such as RIIN, ULB, NLTP. Law, etc. and Naga political issue as well as political governance in Nagaland.

Regarding the foothills road, CNTC Chairman T Lanu Imchen highlighted the amount recently sanctioned by the Nagaland government and said that maintenance has been halted for the time being due to unsuitable weather conditions, but that he would resume when time permitted. “He encouraged the Lothas to say that the majority of the foothills road section is under Wokha district and they have more to gain from the foothills road project,” the statement said.