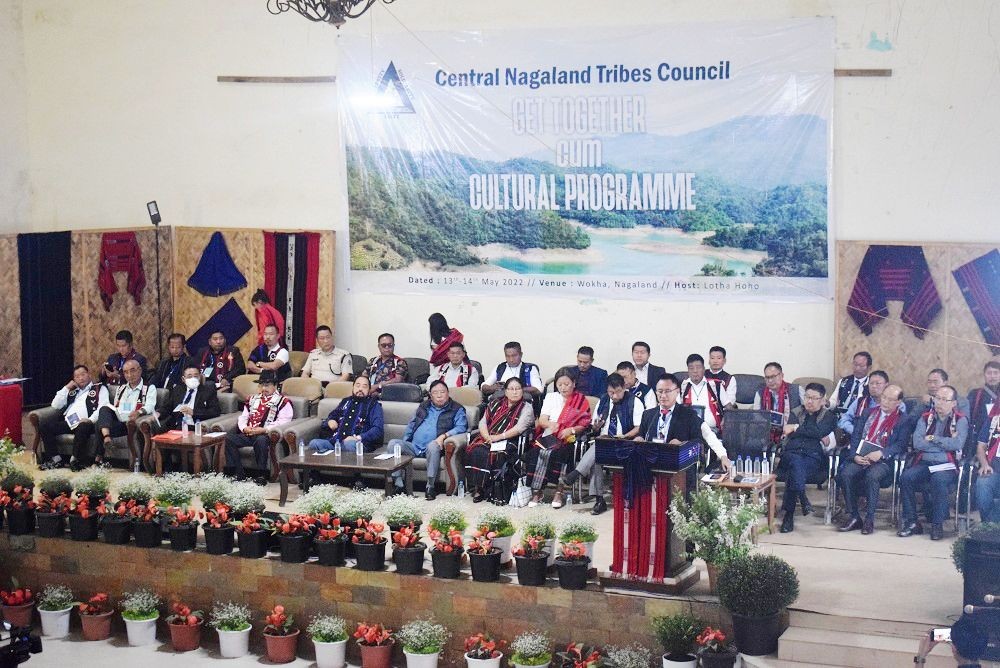 Officials and participants at the CNTC and Cultural Program meeting held at Tiyi Hall, Wokha, Nagaland on 13-14 May. (Photo DIPR)

Wokha, May 14 (MExN): The Central Council of Nagaland Tribes (CNTC) has decided to urge the Nagaland government to begin oil and natural gas exploration and extraction in consultation with stakeholders.

The council addressed this issue during its cultural gathering program held at Tiyi Hall, Wokha, Nagaland on May 13-14, according to a DIPR report.

He also decided to urge the Government of India and the negotiating parties to expedite the search for a political solution in the knowledge of the stakeholders before the next general election in 2023.

The house has decided to provide unwavering support to the Nagaland Foothill Roads Committee to carry out the current project.

CNTC Chairman T Lanu Imchen said in his presidential address, “CNTC came into being to work for the welfare of the three brothers (Ao, Lotha and Sumi) and to work together in unity for the cause. common to all the Nagas of Nagaland.

Ao Senden, President, Chubawati Longchar and Sumi Hoho, President, Nikheto Jimomi called for supporting the CNTC to strengthen their activities to bring about reform among the three communities and for the welfare of Naga society.

Deputy Chief Minister of Nagaland, also Treasurer of CNLF, Y Patton said in his speech that the delegation headed by the Chief Minister of Nagaland was leaving for Delhi to hold talks with the central leaders regarding the political issue of Naga. He called on all leaders and the public to lend their support so that a peaceful settlement of the Naga political issue can be brought before the next general election in 2023.