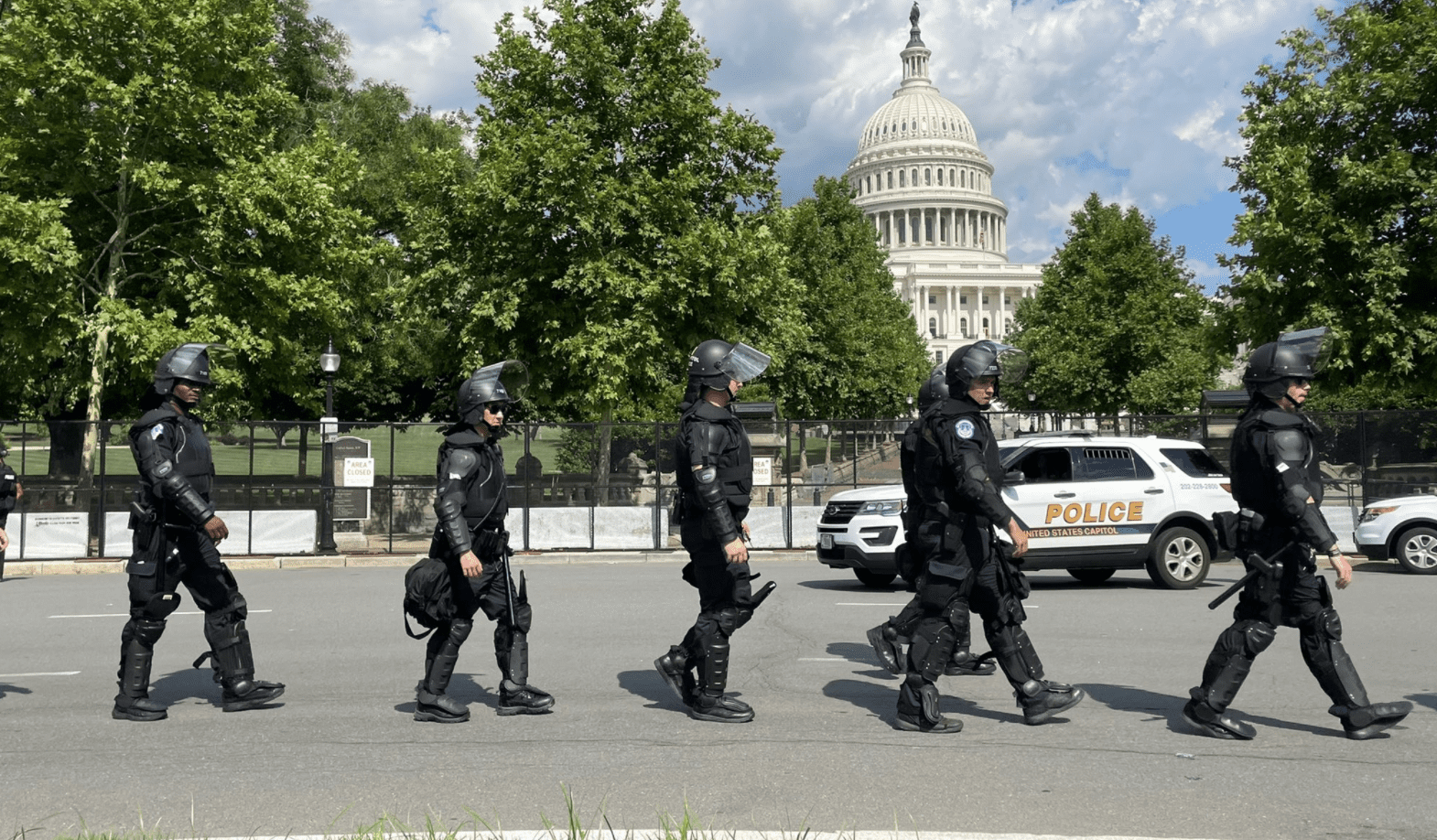 In Analytic Insider issues published in 2016 and 2020, we examined whether the American system of governance will undergo a major transformation over the next decade. Using Strategic prospective analysis, I have identified six driving forces that played a major role in the 2016 presidential campaign and which seem even more influential today:

These forces and factors can be represented largely by two independent spectra (see graph below).

Each spectrum is defined by:

Arranging these spectra on an X-axis and a Y-axis allows us to generate four mutually exclusive stories or scenarios outlining how America’s system of political governance could change dramatically over the next decade.

Were the projected scenarios that we developed in 2016 prescient or erroneous? The events of the past six years suggest that all four scenarios are equally – if not more – likely to describe how radical political change might occur. Their continued viability indicates the quality and power of the initial key drivers. The question is: which best represents the future?

Scenario 1. Autocratic rule: a near miss but a serious possibility

Growing levels of social discomfort and growing political polarization have opened the door for the emergence of an autocrat – whether it’s former President Trump or another reprising his role, hailed as a “political savior” by a majority of the population. The events of January 6 almost made this scenario a reality. Last fall, Pro-Publica identified 48 Republican state and local officials as members of the extremist militant group Oath Keepers. A May 13, 2022 study by the Institute for Human Rights Research and Education that tracks right-wing extremism found that 875 of 4,375 Republican state legislators surveyed (about 1 in 5) were members. of 789 far-right Facebook groups, including groups for white supremacists, anti-abortion, sovereign citizens and neo-confederates. Not included in this far-right category were groups such as the NRA, pro-Trump groups, or Make America Great Again (MAGA) groups.

One of the main drivers of these movements is the perceived ‘existential’ threat to traditional values ​​and ways of life. A key factor fueling this scenario would be the rise of far-right politicians and administrators through elections and appointments who are willing to overturn established norms and laws. These candidates would exploit nativist sentiments, silence the press, offer simple solutions, subvert existing institutions, and create or instigate social media to promote their agenda and reinforce a cult of personality.

Scenario 2. One Party Rule: Early Traction But Another Near Miss

When the Democratic Party took control of the presidency and both houses of Congress in 2020, the enactment of a fully funded Build Back Better program could have generated substantial momentum for this scenario. But the failure to pass the program in the Senate sent the party into a tailspin. President Biden’s popularity has since fallen to 39% as inflation climbs over 8%, COVID becomes rampant and families face baby formula shortages.

In the unlikely event, however, that the Republican Party suffers dramatic losses in the 2022 or 2024 election, a Democratic resurgence could make that scenario plausible. Such a turn of events would likely be sparked by Democrats galvanizing support around perceived “existential” issues including abortion, voting rights, climate change, or the institution/promise of policies that offer economic relief to inflation (for example, childcare assistance). In this scenario, over time, the population would opt for a more authoritarian – but still “democratic” – replacement for today’s increasingly dysfunctional two-party system.

Scenario 3. Established multi-party system: first signs that it might emerge

Over the past six years, the Republican Party has become increasingly divided. It could split into three factions: 1) one based on Trumpism’s MAGA politics, 2) a more traditional conservative faction, and 3) an evangelical Christian faction. Serious divisions are also growing within the Democratic Party, as progressives push for more leftist policies and gain greater influence in Congress. Democratic centrists are increasingly challenged by progressives in primary elections. However, any new political parties that emerge would need to develop political machines and independent sources of funding, and institute new administrative procedures that would allow them to contest state and local elections.

As the influence of political parties diminishes, candidates for elective office are increasingly drawn into the political process from the ranks of millionaires, celebrities or charismatic individuals backed by extremely wealthy donors. Witness the candidacy of former New York City mayor and billionaire Michael Bloomberg for president in 2020 and the candidacies of TV personality Dr. Mehmet Oz, hedge fund CEO Dave McCormick, and athletes Hershel Walker and Caitlyn Jenner.

In this scenario, democratic processes would be retained, but the ability of political parties to orchestrate who stands for election would be eroded. Success would be measured primarily by a candidate’s “popularity” and not by their ability to govern. This scenario would become less viable if people concluded that celebrities were incapable of governing well.

A simple analysis of the matrix reveals that the more the key factors propel US politics towards the upper right corner of the matrix (and away from the lower left corner), the healthier the political system. The question is how will these drivers play? A common mental mistake is to assume that change will be gradual or incremental. Years to come may prove this wrong!

Learn how to generate key drivers and use foresight techniques by attending our foresight workshop, The impact of global climate change on law enforcement and security forces, which will be held before the IAFIE conference in Treviso, Italy, on June 18-19, 2022. Click here for more details and to register.