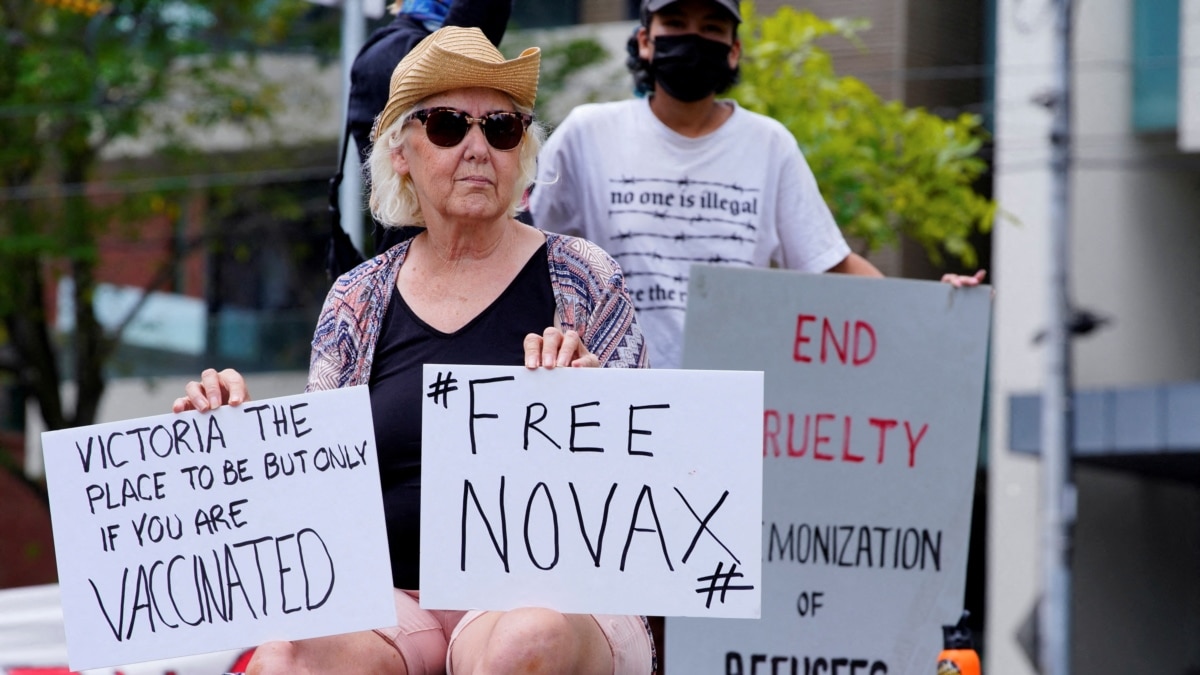 On a tennis court, Novak Djokovic’s timing is perfect. But when he arrived in Australia to play the first Grand Slam of the year with documents allowing him to enter the country without a COVID-19 vaccine, his timing could hardly have been worse.

When Djokovic touched down in Melbourne on Wednesday, he found himself in a city plagued by an increase in virus cases.

Border authorities rejected Djokovic’s documents, canceled his visa and ordered him to leave the country in a move that many Australians applauded. The tennis star’s open opposition to the COVID-19 vaccine has struck a false note in a city where 92% of the eligible population is fully vaccinated.

Djokovic appeals the starting order and remains in Melbourne for the time being.

Australian Prime Minister Scott Morrison, who had not objected to the decision by Tennis Australia and the Victorian state government to grant Djokovic a vaccine exemption, quickly adopted the decision to deny him entry , raising questions about whether the best male tennis player in the world – and the defending Australian Open champion – had been made a scapegoat.

“Nobody is above these rules,” Morrison said. “Our strong border policies were key to Australia having one of the lowest death rates in the world from COVID. We remain vigilant. »

“The guy played by the rules, he got his visa, he’s coming in, he’s a nine-time champion and whether people like it or not he’s entitled to fair play,” McNamee told the Australian Broadcasting Corp. between the state and the federal government. “I hate to think politics are involved, but that’s the way it is.”

For the first two years of the pandemic, under Morrison’s leadership, Australia pursued a COVID-zero policy, seeking to eliminate the virus through strict border controls and local lockdowns. Australians have been unable to travel overseas except in extraordinary circumstances and many people living overseas have been unable to return, creating hardship for separated families.

Over the past few months, Morrison’s government has taken an approach to living with COVID that includes open borders and a lighter touch on national restrictions. He implemented the changes just as the highly contagious omicron variant was beginning to take hold.

Morrison, who is seeking re-election in March, has faced heavy criticism for the new strategy. But he points to the low death rate and the strength of Australia’s economy – both among the best in the world – as proof that he can lead the country through the crisis.

“We have no choice but to ride the wave (of omicron cases),” he said. “What is the alternative? What we have to do is keep going.

Morrison has also been criticized for not getting enough rapid antigen tests to take pressure off PCR testing sites where wait times in some states have exceeded five hours. He refused to make rapid tests widely available and free.

Australia’s most populous state, New South Wales, has been hardest hit by the current omicron surge, which emerged after state premier Dominic Perrottet eased restrictions. mask mandates and other rules. Other states have been slower to ease virus restrictions, creating tension between Australian states and the federal government.

The cancellation of Djokovic’s visa was not well received in his native Serbia, where he is a national hero. The Serbian president condemned the move and Djokovic’s family expressed anger at what they described as an affront to the Serbian people.

“You, famous prime minister (Morrison) of the distant and naturally beautiful country, you behave according to your own principles, which have nothing to do with us and our principles,” Djokovic’s father, Srdan, told reporters. “We are humans, and you, sir, are not.”

Djokovic had to wait out the court process at the Park Hotel, a low-end hotel in Melbourne. Other residents include refugees and asylum seekers who have been transferred from Australian offshore detention centers on Manus Island and Nauru. In October, a COVID-19 outbreak at the hotel infected about half of the 46 asylum seekers then being held there.

Djokovic’s brother, Djordje, said the tennis star was “taken to a hotel for migrants, to a dirty room with no effects”.

“He was treated like a criminal, despite being a healthy, decent man and sportsman who did not endanger anyone’s life or commit any federal or legal offenses,” Djordje added.

Melbourne reported 21,728 new cases of COVID-19 on Friday, in addition to six deaths and an increase in hospitalizations. As of 9 a.m., 18 state-run PCR testing sites had already reached capacity and closed.

In 2020 and 2021 Melbourne was the most locked down city in the world and residents spent 256 days under severe restrictions on movement and gatherings. Djokovic landed in the city against this background, while refusing to discuss his vaccination status or explain why his health exemption was granted.

The process that led to this decision is now under intense scrutiny. Tennis Australia insists Djokovic’s exemption was granted by an independent panel of medical experts working blindly, unaware of which vaccine applications they were assessing.

It is not yet clear how Djokovic was able to board a plane in Dubai and why he was not told he could be turned away at the Australian border. The Sydney Morning Herald published letters from federal health officials to Tennis Australia on Thursday making it clear that Djokovic could not enter Australia if the grounds for his vaccine exemption were that he had contracted and recovered from COVID-19 during of the last six months.

The cases of two other Australian Open players who have also received health exemptions from having to be vaccinated are currently under close scrutiny.

Outside the Park Hotel on Friday, protesters against the detention of asylum seekers held signs saying “free the refugees”.

After an alleged betrayal during the War of 1812, an entire political party was eliminated; this November will be the first chance for voters to express their feelings about January 6 | Columns & Letters | Spokane | Interior of the Pacific Northwest