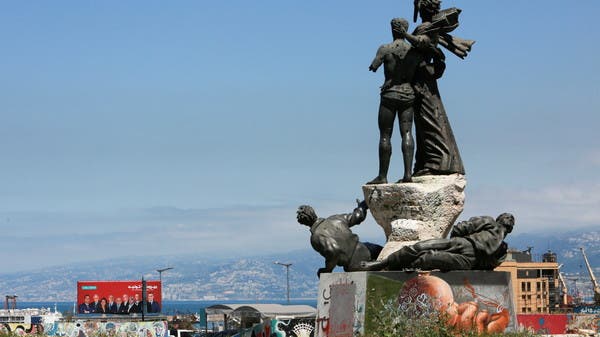 Lebanon’s crucial legislative elections held on May 15 saw the victory of 13 reformist candidates from the “forces of change” and civil society groups opposed to entrenched political parties.

But, despite being blamed for the country’s economic collapse, for the political class as a whole, the elections allowed many politicians to consolidate their positions.

The consensus is that these elections will bring little change while maintaining a protracted political stalemate.

An associate professor of political science at the Lebanese American University also predicted a prolonged political stalemate in Lebanon due to the election result.

“For the first time since independence, the Lebanese political system has opened up access to non-denominational political groups and independent candidates. This reflects the deepening crisis of sectarianism and its corresponding political economy which has paved the way for growing dissent,” Dr Imad Salamey told Al Arabiya English.

For the latest headlines, follow our Google News channel online or through the app.

“Now Parliament is driven by a new division while being split between sectarian and non-sectarian forces. This is bad news for Iran and its proxies as they face growing resentment against the mullahs’ regional influence. Their resistance to change will most likely set the stage for a prolonged state of political stalemate,” he added.

Salamey stressed that the next few days will test whether Iran, which wields great influence in Lebanon through its proxy Hezbollah, will choose to pursue an “open confrontation” in Lebanon or, alternatively, will choose to fight its way into making “limited concessions”.

“It will first be unraveled in a new government formation, which is unlikely to be achieved until after the presidential election, which is another critical battleground. Given all the odds, I think Iran and its allies will choose a political vacuum rather than make concessions,” he added.

The May 15 vote did not lead to significant, long-awaited change to help Lebanon emerge from its worst economic collapse in decades while undermining the grip of the ruling political elite. But the election results indicated a shift in the balance of power, with Hezbollah and its allies losing the parliamentary majority they had held since 2018 when they won 71 of 128 seats in parliament. It was in itself considered a significant victory by opponents of Hezbollah.

According to the results announced by the Ministry of the Interior, Hezbollah, the Shiite Amal Movement, the Free Christian Patriotic Movement and several other allied deputies now hold 62 seats, below the 65 needed to retain a majority. Despite the setback of their allies, mainly the FPM, which lost several seats, Hezbollah and the Amal group led by Parliament Speaker Nabih Berri retained the 27 seats reserved for the Shiite sect.

Despite the defeat of Hezbollah and its allies in the polls, experts warn of further turbulence in the country in crisis. They note that the election results herald a heavily polarized parliament split between pro and anti-Hezbollah blocs. He will struggle to cooperate to form a new government and pass the laws needed to enact vital reforms to put the debt-ridden nation on the path to economic recovery.

The new parliament is split into two main blocs – the Shia group Hezbollah backed by Iran and its allies and the Lebanese Forces and its partners. Analysts have expressed concern that the election result could plunge Lebanon into a protracted political vacuum similar to that in Iraq, where rival factions have failed to form a new government since elections last October. where the Iranian-backed parties suffered a setback.

“Lebanon is heading towards political and sectarian tensions following the election results, which have split the new parliament into two diametrically opposed camps: one is led by Hezbollah and its allies, and the other is led by the Lebanese Forces and its allies. Ibrahim Byram, a veteran political analyst with Beirut-based An-Nahar newspaper, told Al Arabiya English on Monday.

Byram added that “escalating statements” made since the election mainly by the two rival Christian parties – the Lebanese Forces and the Free Patriotic Movement – on the role of the new parliament and the formation of a new government “raised fears an extension of political paralysis similar to the Iraqi scenario.

The feared standoff would subsequently cripple Lebanon’s new parliament and prevent it from implementing a series of key reforms needed to unlock billions of dollars in promised international aid and a bailout with the International Monetary Fund to help the country to overcome its devastating economic crisis.

On May 17, the United Nations envoy to Iraq urged that country’s leaders to end a political stalemate that has prevented parliament from forming a new government for more than seven months, warning that the delay could spark unrest civilians. “The streets are about to boil in Iraq,” said Jeanine Hennis-Plasschaert after addressing the UN Security Council. More than seven months after the legislative elections, Iraqi institutions remain at a standstill over the inability of lawmakers to elect a president, who selects the largest bloc in parliament to form a government.

A former member of Prime Minister Saad Hariri’s Future parliamentary bloc has warned that Lebanon risks sliding into a prolonged political paralysis similar to what happened in Iraq.

“There is new blood that has been injected into Lebanese political life and it shows in a group of new faces from certain parties or civil society,” former MP Mohammad Hajjar told Al Arabiya English. Like many future MPs, Hajjar did not stand in the May 15 elections in line with Hariri’s decision to retire from political life.

Noting that the election results deprived Hezbollah and its allies of a parliamentary majority, Hajjar said: “I hope the fate of the Lebanese parliament will not be similar to what happened in Iraq, that is- that is to say, it will not happen when the parliament, the government and the presidency are unable to exercise their role. I hope that the constitutional institutions will be able to carry out their work in a complete and normal way to get Lebanon out of its crises, even if the first indications do not point in this direction.

Lebanon’s new parliamentary formation is a ‘double-edged sword’ for the economy: expert

Lebanese passports are exits to nowhere

NPF will not side with any group on Naga political issue, says party leader