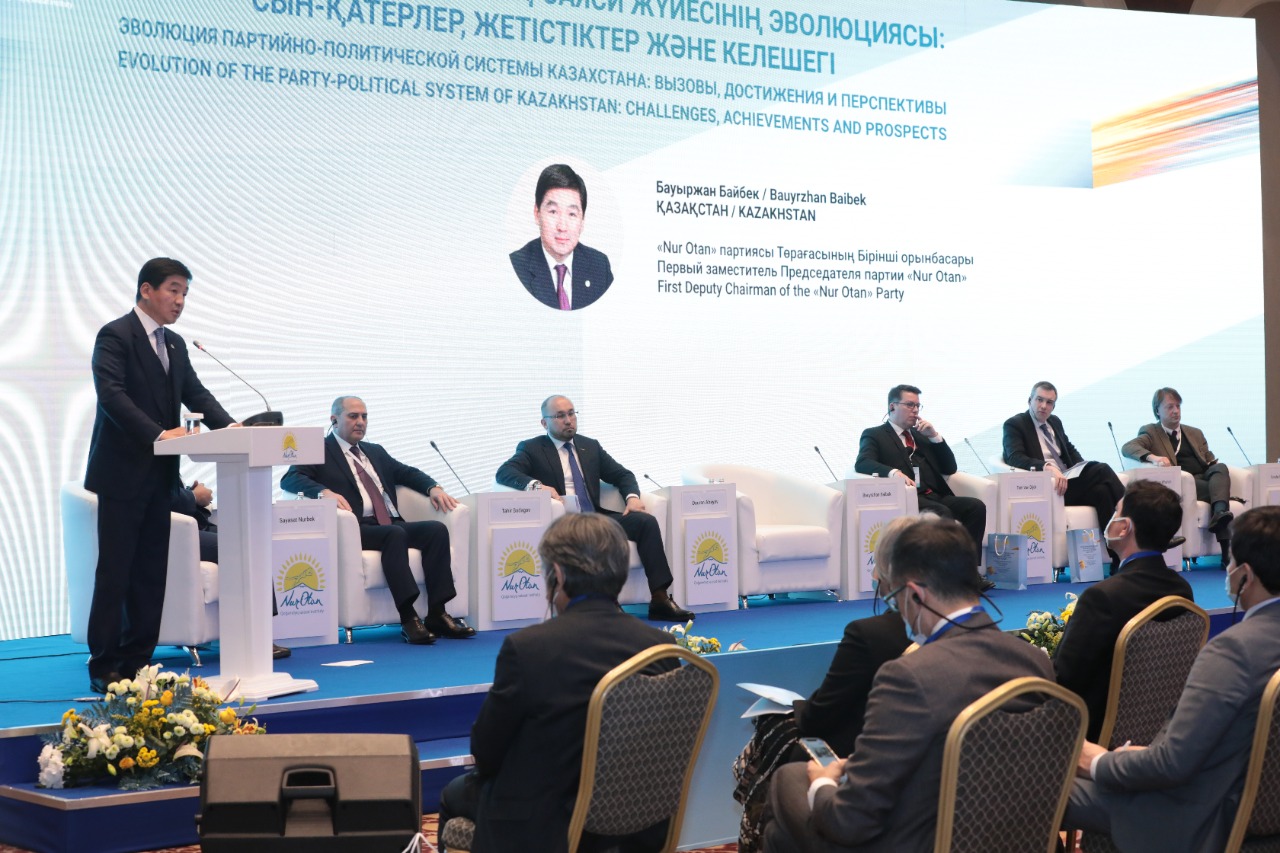 NUR-SULTAN – Political and economic stability, equitable representation of women and young members and the ability to adapt to changes were highlighted as the main achievements of the political system by experts at the international forum, which took place. held in Nur-Sultan on November 11. 29-30.

Bauyrzhan Baibek, the first vice-chairman of the Nur Otan party delivers a speech at the forum “The evolution of the political system-party of Kazakhstan”. Photo credit: Nur Otan Party Institute for Public Policy.

The conference entitled â€œThe Evolution of Kazakhstan’s Party-Political System: Challenges, Achievements and Prospectsâ€ was organized by the Nur Otan Party Public Policy Institute. Speakers from 15 countries shared their vision of the success of Kazakhstan’s political party system and its ruling Nur Otan party.

Bauyrzhan Baibek, the first vice-chairman of the Nur Otan party, opened the forum by citing seven main achievements of the political party system during Kazakhstan’s 30 years of independence. These achievements are the provision of peace and agreement; abandonment of the nuclear arsenal and closure of the Semipalatinsk polygon; the construction of the new capital – Nur-Sultan; good intra-regional relations which enabled state border security; crucial reforms on transformation to market economy which enabled 70 percent of total investment in Central Asia to flow to Kazakhstan; large-scale investments in transport infrastructure – the most important being the West Europe-West China motorway project; and the population increases to 19 million people (9.5 million of them were born in independent Kazakhstan). 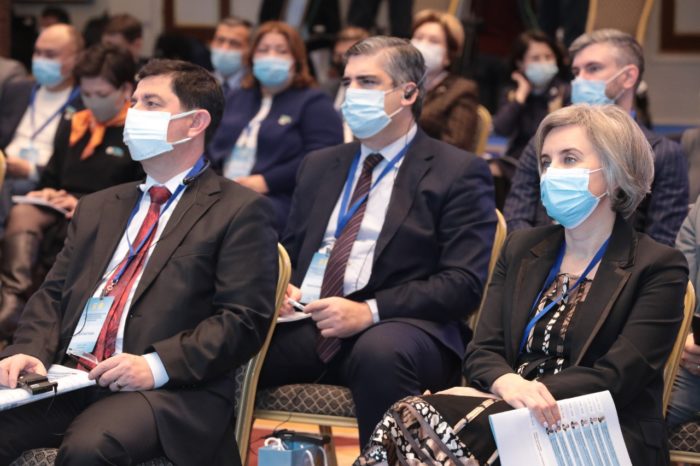 According to Baibek, all this became possible thanks to competent socio-political institutions, advanced human capital, the improvement of the life of the Kazakh people, as well as the multi-party system built during the years of independence with the Nur Otan party.

Important changes in the political party system were introduced during the presidency of President Kassym-Jomart Tokayev. â€œThe country has already implemented several political reform programs. For parties, the registration barrier and the barrier of passage to the Majilis (lower house of Parliament) have been legally lowered, quotas have been established for young people and women on electoral lists, the opposition institution Parliament has been consolidated, a principle of notification for holding assemblies has been introduced, as well as the institution of the direct election of rural Akims, â€Baibek said.

Some experts have stressed the importance of introducing quotas for women and young members of parliament.

Tom Van Dijck, secretary of the European Conservative Group and the Democratic Alliance in the Parliamentary Assembly of the Council of Europe, said that a quota of 30% of representation of women and young people in political parties places the Kazakhstan ahead of many European states.

Another achievement of the Nur Otan party, according to Dijck, is direct communication with the population through online resources. â€œIn 2020, the branches of the Nur Otan party reviewed 400,000 requests from people and over 90% of the issues were resolved. This means that thousands of people have confidence in the party, â€said Dijck.

Richard Murphy, the board member of the International Association of Political Consultants expressed his admiration for the young party members he met. “Young members who are communicative, dynamic, mobile, constantly improving and tolerant” will be the engine of the political sphere of the country, “he said.

Political parties are faced with challenges in the areas of the economy, health, public security and adaptation to the new challenges of the world.

The rise of populist views such as feminism, pacifism, environmentalism, anti-globalism, etc., should reflect the interests of a variety of people, said Dauren Abayev, the first deputy chief of staff of the presidential administration of Kazakhstan.

â€œOf course, in leading a balanced political modernization, we take into account the growing global challenges and trends and act on the demands of Kazakh society. Political parties also need to rebuild quickly. This opens up new opportunities to strengthen the positions of political parties, â€Abayev said.

On the second day of the forum, the speakers discussed the development prospects of the parties. Lord James Wharton, member of the UK Conservative Party’s House of Lords, shared the Conservative Party’s experience in dealing with modern political challenges. He said that to be successful parties would have to change the way they receive and deliver their message. More local, more tangible and more personal messages from politicians will have a greater impact on the public, and social media is an important tool that parties should not overlook, Wharton said.

Dijck stressed the importance of increasing visibility through tourism, sporting events and the branding of the party on the basis of cultural and ideological values. These factors, he said, will help parties position themselves on a positive spectrum in the long run.