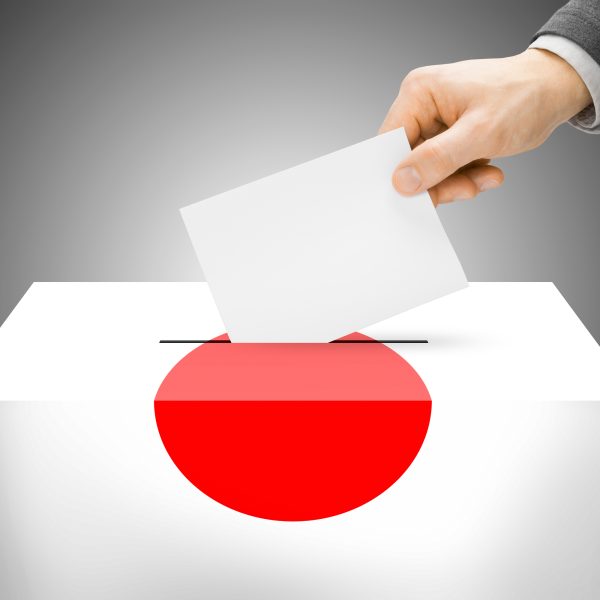 Japan will head to the polls on Sunday to decide whether new Prime Minister Kishida Fumio and his Liberal Democratic Party (LDP) will retain a majority in the House of Representatives.

The general elections, which take place every four years, are considered the most difficult test for the PLD in nearly a decade, with Japan’s largest opposition party, the Constitutional Democratic Party (CDP), forming a alliance with the Japanese Communist Party (JCP) in an effort to overthrow the ruling coalition.

The LDP faces stiff competition, with five opposition parties fielding a single candidate in some 132 constituencies. This turned nearly half of the single-member districts into a one-on-one battle between the ruling LDP-Komeito coalition and the opposition.

As the campaign draws to a close, the latest poll predicts the PLD will win a simple majority of 236 out of 465 seats, with coalition partner Komeito retaining their 29 seats. The LDP currently holds 274 seats. Meanwhile, the opposition is expected to make substantial gains from its current number of seats – 110 for the CDP and 12 for the JCP – thanks to the coordination of candidates from the opposition parties.

In the previous lower house elections in 2017, the ruling PLD and the opposition fought head-to-head in just 57 constituencies. This was due to the split from the largest opposition party of the time, the Democratic Party, with some forming today’s CDP and others joining the Hope Party of Tokyo Governor Koike Yuriko. This division would have helped the PLD win amid a chaotic number of opposition candidates.

Kishida only came to power last month after winning the LDP presidential election, but his party has been in power since 2012. Kishida, who has been called the “status quo candidate,” won the race for the election. leadership of the PLD last month by sticking to secure policies that have won favor with the conservative political elite within the PLD. But at the same time, Kishida also pledged to reform the PLD to “regain public trust,” citing mistrust of politics as one of the main factors behind low voter turnout.

Japan has a serious problem with voter turnout. In the 2017 lower house elections, barely half of the population voted. Japan ranks 139th out of 196 countries in terms of voter turnout, according to the International Institute for Democracy and Electoral Assistance, which highlights a worrying pattern of political indifference. Since the legal voting age was lowered from 20 to 18 in 2016, the low turnout among young people has become even more prominent, with 41% of young people responding in a investigation conducted by Minami-Nihon Shimbun that they “will not vote” or “probably will not vote” due to “not updating their registration card address”.

In Japan, political factions and hereditary politics run deep into the political landscape. Kishida is a third generation lawmaker born into a prominent political family in Hiroshima. He was Foreign Minister and LDP Policy Chief under former Prime Minister Abe Shinzo.

The CDP has stepped up its criticism, calling the Kishida administration a “puppet” who will run the government in the shadow of Abe and former finance minister and deputy prime minister Aso Taro. CDP chief Edano Yukio told the lower house during question time that “nothing will change if you only change the cover”.

A major point of contention in this election is how voters will choose to rebuild Japan’s damaged economy in a post-coronavirus world. The election has been dubbed “the election to choose the future” and the ruling party would focus on growth while the opposition would focus on redistribution.

The LDP has pledged economic measures worth “tens of billions of yen” to support the business community, non-regular workers and households with children. Electronic proof of vaccination will also be developed to help stimulate demand. On the other hand, the CDP called for the preparation of a supplementary budget of over 30 trillion yen, which includes cash distribution of up to 120,000 yen to low-income households, a temporary reduction in the rate of the consumption tax of 8% to 5% and a temporary exemption from income tax for low-income people. However, the two sides did not specify the financial resources that would underpin these economic policies, highlighting a dependence on debt and the risk of higher taxes in the future.