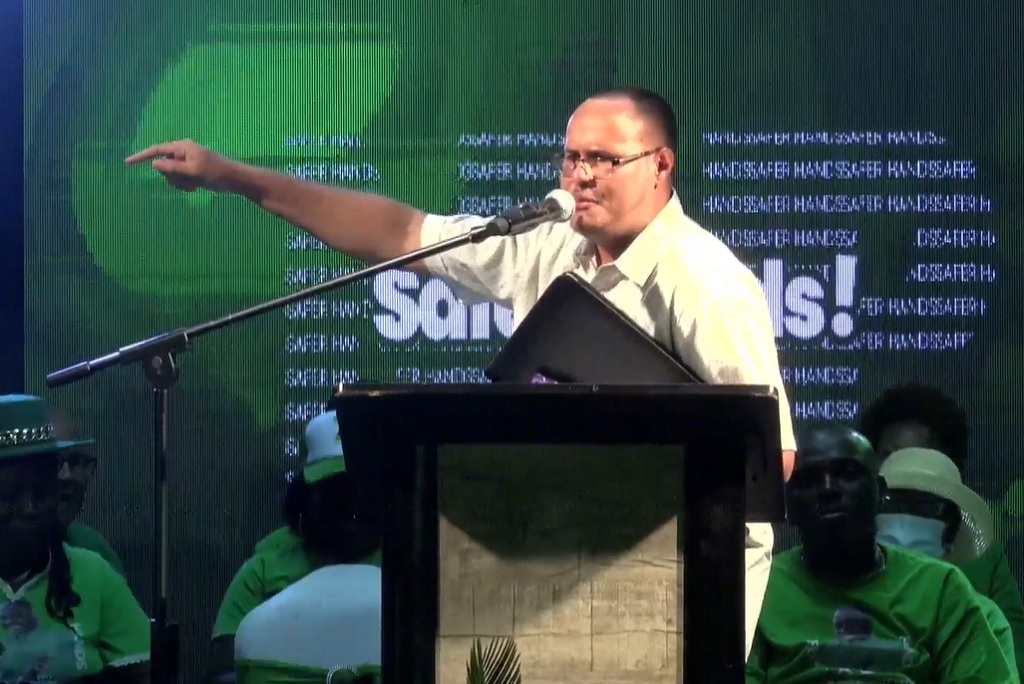 Ali Dowden, a former election candidate under the Democratic National Congress (NDC) was on the political platform of the ruling New National Party (NNP) last night, where he endorsed Nimrod Ollivierre as the next MP for St George North East .

In the past, Dowden unsuccessfully contested the seat of St George North West in the 2013 and 2018 general elections.

He took to an NNP platform last night where he explained why he decided to quit the NDC. He also used the scene to endorse Ollivierre and described him as a good gentleman who is dedicated to the people of Granada.

“Sometimes some of us, as nationals, immigrate to foreign lands. Sometimes for a better life, sometimes to meet our families. Some never come back, some just come for the holidays, but this showman Nimrod has always returned to Granada and always given back to his country whether in sports, education, policing and even in the field of health.

He said that Ollivierre had not started work yesterday or last year and that he had not come lately.

“The reason I’m here to support him…we have family ties, but also to say that I’ve decided to leave the NDC because the NDC that exists now is no longer the NDC that I joined in 2012.

Where have you ever seen a man fall from the sky and become the leader of a party that never contributed to life or ordinary people.

Show me a political party in the region or in the world in which you have a deputy leader and he does not have a seat to run there. NDC at this time is a sinking ship… it’s chaos.

Dowden went on to say, “There’s no love in this heart, this heart has stopped pumping.”

He was speaking at the NNP launch of St George North East candidate Nimrod Ollivierre.