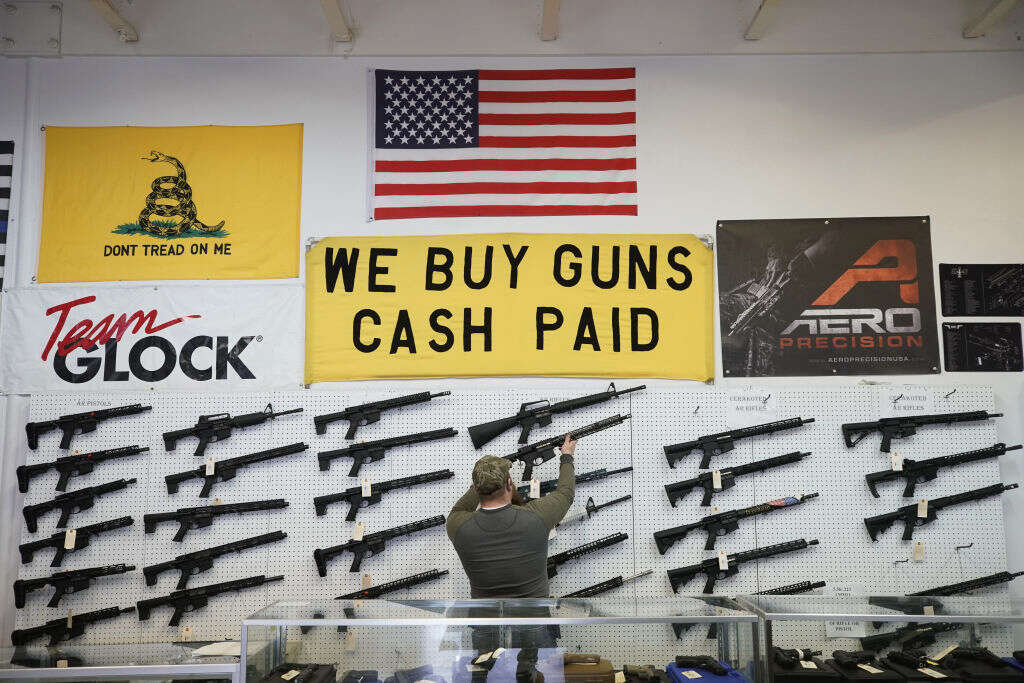 Shortly after Joe Biden took office in January 2021, he delivered a major foreign policy speech outlining his vision for America’s place in the world. He pledged to rebuild the country’s alliances and restore its moral leadership after the turmoil of Donald Trump’s presidency to deal with the growing threat from authoritarian powers such as China and Russia.

“America is back,” he declared, and he promised that the United States would “lead again not just by the example of our might, but by the might of our example.”

Yet the power of that example has repeatedly been undermined by the failure of American political leaders to address the country’s domestic issues, including racial injustice and worsening gun violence. This plays into the hands of American adversaries like China, whose propaganda highlights the deaths of young children in shootings in American schools and the police killings of black Americans to advance the agenda of the Communist Party and what ‘he claims to be the comparative advantages of his own political system.

In the hours following the May 24 massacre at a school in Uvalde, Texas, Chinese Foreign Ministry spokesman Wang Wenbin offered his condolences to the families of the victims, but then turned directly to what he presented as the systemic failures of American democracy and , hence the hypocrisy of Washington’s criticism of China’s human rights abuses. “For the past 25 years, the federal government has failed to enact a single gun control law,” Wang said. “Nearly 60 years ago Martin Luther King Jr gave his ‘I Have a Dream’ speech and today we still have to face a brutal reality where people like George Floyd can’t even breathe.”

He urged the United States to “show serious attention to the human rights of its own people” and to “think deeply about why it has become a country with the worst gun violence in the world, where children and adolescents are 15 times more likely to die from gunshots than their peers in 31 other high-income countries.”

This is not a new tactic. There is a long tradition in states like China and Russia of trying to distract critics from their own abuses by pointing out failings elsewhere, a practice sometimes referred to as “whataboutism”. In practice, this means that in response to questions about the mass incarceration and systemic persecution of Uyghurs in Xinjiang, for example, Chinese officials might bring up the US detention of Muslims at Guantanamo Bay, or images of migrant children held in cages on the US southern border. When a US State Department official denounced China’s crackdown on civil society in Hong Kong on Twitter in May 2020, Chinese Foreign Ministry spokeswoman Hua Chunying replied in three words: “I can’t breathe”.

During the Cold War, Soviet propaganda focused heavily on segregation and the history of racial inequality in the United States. In part, this was an attempt to convince its own citizens of the evils of American capitalist government, but it also helped to raise awareness in third countries, especially in postcolonial societies in Asia and Africa, where the Soviet government presented itself in a somewhat misleading way. as the true defender of equal rights in the world.

Indeed, in 1952, a U.S. government legal brief assessing the national security implications of the landmark civil rights case known as the Brown v. School Board, which challenged the constitutionality of racial segregation in American public schools, concluded that racial discrimination had “a detrimental effect on our relations with other countries” and provided “grit to the mills of communist propaganda”. It even raised doubts “among friendly nations as to the intensity of our devotion to the democratic faith”, the government lawyers wrote.

Amid warnings that a new Cold War is underway, with rival blocs beginning to take shape again, American politicians would be well advised to re-read this advice and reflect on the water it is offering today to these propaganda mills. The repeated failure to take meaningful action against gun control and racial injustice is not just a domestic political issue for the United States, but a gift to the country’s adversaries around the world.

[See also: The toxic emotional symbolism of guns in America]

With the ousting of key figures from Anaheim, is political change afoot? – Orange County Register