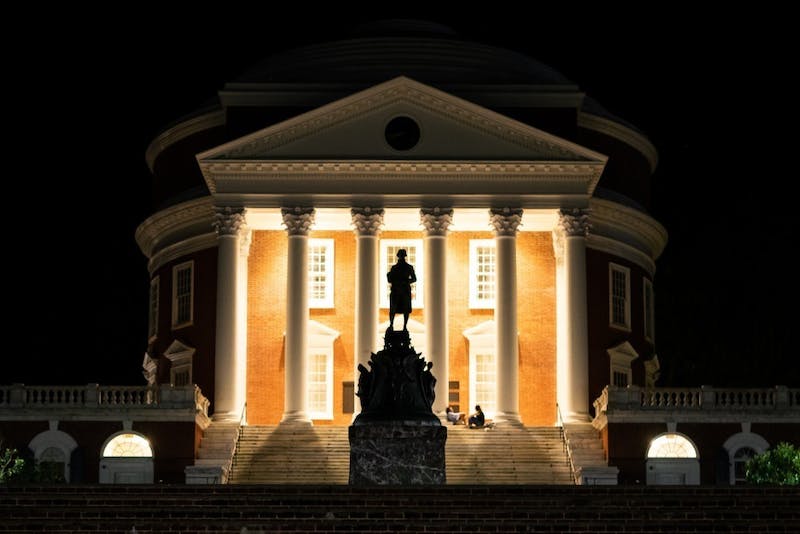 It is not shocking to us to say that Americans today are divided. In fact, it becomes a tired phrase that loses its luster. What do we really mean when we say Americans are divided? It’s not just that we don’t agree – news flash, we’ve always been a partisan country. What is troubling now is that Americans are finding it increasingly difficult to develop common goals. And when we don’t have common goals, it’s very difficult for us to live together in a country, let alone sit in a room with each other and talk politics.

It was exactly this dilemma that led us and three other university students to create “common grounds?” – a documentary that explores questions of freedom of expression, historical calculation and civility. The film grew out of our internship at the Center for Politics this spring, discussions around hyper-polarization and what could be done about it. We wondered if the students would be ready, or even enthusiastic, to share their opinions on this topic.

As filmmakers, we reached out to friends, acquaintances and strangers from all political backgrounds to get their opinions on a range of political issues and the climate these issues have created, both on the ground and across the country. country. We interviewed the students individually, then brought six of them into a room for a dialogue. At the end of the discussion, we challenged our participants to work together to paint a shared post on Beta Bridge.

We found the dialogue and the painting of the bridge that followed to be stimulating and genuine. Our wonderful participants shared their honest opinions and made no compromises on their core beliefs. They reminded us that we would underestimate the problem if we thought we could solve all the problems of our country – or even our university – with six students talking for an hour. But, as you’ll see in the movie, they’ve also given us hope for how we can move forward.

Plus, aside from the interactions you’ll see on screen, the creation of the film itself was a project of unifying the divisions. The team of five students who made the film, all interns at U.Va. Center for Politics this spring – couldn’t have been more politically diverse. We were made up of two liberals / progressives, two conservatives and an international student from Lebanon who described himself as a centrist.

The two of us writing this article are representative of this difference. One of us, Piwowar, is a Conservative and the other, Hayes, is a Progressive. One of us participated in the Walk for Life, while the other volunteered for Planned Parenthood. One of us campaigned for Nick Freitas and the other for Cameron Webb. Simply put, we both have a lot of opinions – and they often don’t agree.

Yes, we challenged other students to go in front of the camera and discuss politics, but we also challenged ourselves to work in tandem and create a cohesive and objective documentary about it. As an ideologically diverse group, we were faced with the very challenge that we gave to the subjects of our film: can we sit together in a room, diagnose the political challenges facing our country and, more difficult yet, execute. a common project?

“Common ground? Is proof that the answer is yes. Of course, it was not without challenges. Even with a common goal of creating a non-partisan documentary, conflict was inevitable. We’ve had our fair share of tongue bites, occasional moans, and even bickering. There were times when we faced a deadlock on how to present a problem or ask a question. Ironically, however, the constant tension between right and left created the perfect environment to develop a film that truly reflects the interviews we’ve conducted.

We don’t claim to have solved any problems or really changed much at the University, but hopefully our little project can model what is possible. And at the very least, we’ve met people that we would never have interacted with otherwise and we’ve been doing better. We’ve shared inner jokes, we’re exhausted from the hardships of making a movie, and we’ve been through a global pandemic together. During a semester of strictly online Zoom courses, this internship was one of the only opportunities we had to get to know our classmates. What we thought was a boring semester with little interaction turned out to be the exact opposite – and those we interacted with the most were our political opposites, not those in our own bubble.

In creating the documentary, we far exceeded the required internship hours and worked beyond the spring semester through summer and fall. We proved to ourselves that it was never about the internship or the grade, but something that we felt was fundamentally important to our divided university and our divided nation.

“Common ground? »Premieres November 11 at 7 p.m. in the Rotunda Dome. We hope you come with an open mind and get something out of it.

Molly Hayes is in third year at Batten School and Sean Piwowar is in fourth year at College. They were both intern students at U.Va. Center for Politics last semester, where they produced the documentary “Common Grounds? Hayes and Piwowar can be reached at [email protected]