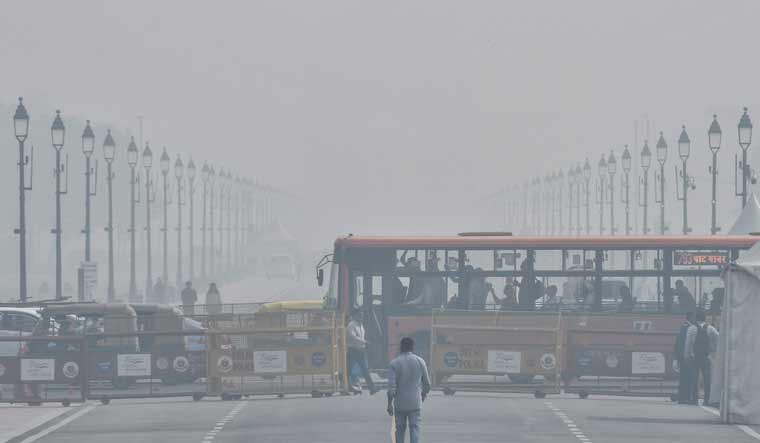 Is it the farm fires in Punjab or the pollution from vehicles in the National Capital Region that is making the air polluted in Delhi? The answer differs depending on whether the statement comes from the Aam Aadmi Party or the Bharatiya Janata Party, with rising air pollution in Delhi taking on political overtones.

The ruling AAP in Delhi has been at pains to point out that air pollution is not primarily the result of stubble burning in Punjab, which is also ruled by the party. The claim comes against the opposition BJP accusing the governments of Delhi and Punjab, both under the AAP, of failing to bring the farm fires in Punjab under control.

At a press conference on Wednesday, Delhi’s Environment Minister Gopal Rai said vehicles contribute up to 50% of Delhi’s air pollution. He said the stubble burning was only adding to Delhi’s existing pollution.

In what was an apparent effort to put the blame on BJP-ruled Haryana and Uttar Pradesh, Rai said the two states must cooperate with Delhi to control car pollution. “For two days, air pollution in Delhi is increasing. Not just in Delhi, pollution is also increasing in UP and Haryana,” he said, accusing the BJP of playing politics on the question.

Rai had carried out a surprise inspection of the BJP headquarters on Tuesday as part of the dust campaign. A fine of Rs five lakh has been imposed on the agency carrying out the construction work at the site. Due to increased air pollution, construction and demolition work is currently prohibited.

The BJP, on the other hand, accused the Delhi and Punjab governments of failing to control air pollution and demanded the resignation of top ministers in both states. In a press conference on Tuesday, BJP spokesman Gaurav Bhatia claimed that the number of thatch fires in Punjab had risen to more than 10,000 this year from around 7,000 the previous year. By contrast, he said that in Haryana, thatch burning incidents had risen from 1,925 to 2,873.

He also claimed that the Center gave Punjab Rs 1,350 crore against Rs 693 crore in Haryana to control stubble burning.