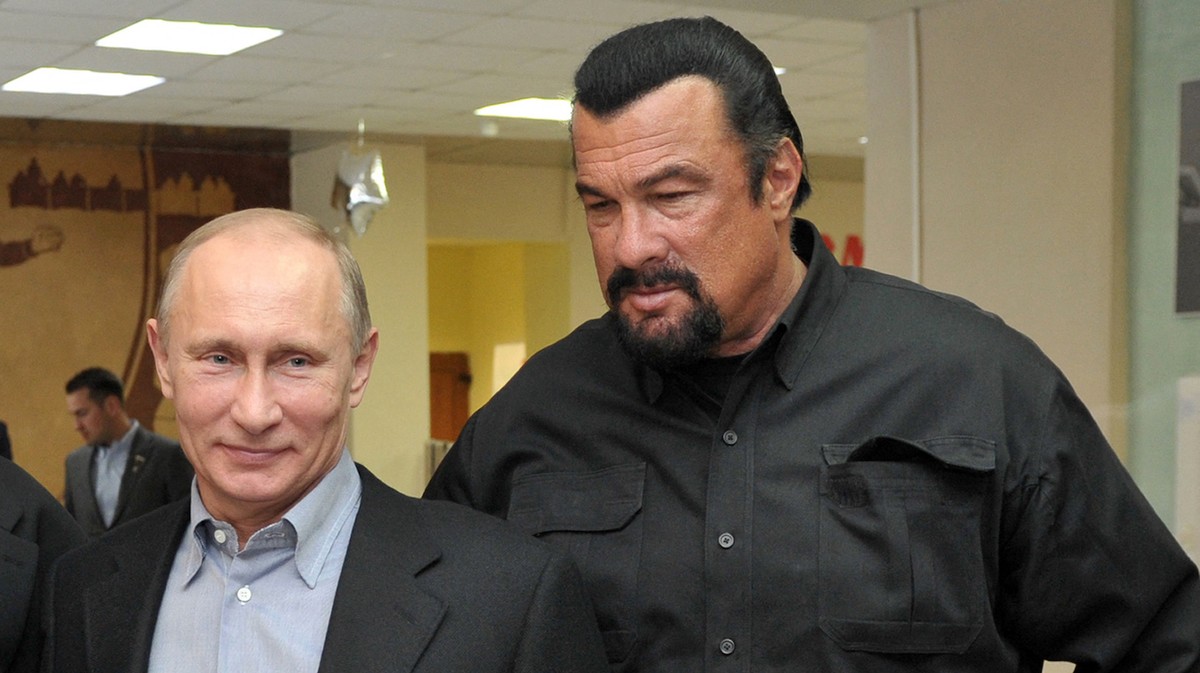 Seagal – who was granted Russian citizenship by Putin in 2016 – on Saturday received a party card for an alliance called “Fair Russia – Patriots – For the Truth”, according to Reuters. This alliance is a pro-Putin, social democratic political party, forged by the merger of several left, nationalist and socialist groups. His name comes from the â€œA Just Russiaâ€ party, the â€œPatriots of Russiaâ€ party and the â€œFor the Truthâ€ party, all of which merged earlier this year.

Although Segal’s US citizenship prevents him from running for office, as a Russian citizen he is allowed to join political parties and was previously a member of the Russian nationalist party For Truth, according to the local TASS news agency. . His new role will see him work on environmental issues. And in his welcome speech, the dressed in black Under siege star has proposed a crackdown on companies that harm the environment.

â€œWe really need to put in place a situation where we can investigate, stop, [and] criminally prosecute people for results, â€Seagal said. “Without being able to stop people, when we fine them they probably make more money from producing things that pollute the environment than they would.”

At the same ceremony, Seagal posed for photos next to one of the party’s leaders and founder of For the Truth, Zakhar Prilepin, a writer who was previously a member of the now banned Russian National Bolshevik Party. Prilepin enlisted in an armed battalion of pro-Russian separatists in eastern Ukraine in 2017, and claimed to have commanded a sub-unit that has killed more Ukrainians than any other. He is wanted for terrorism in Ukraine and was on a â€œblacklistâ€ of persons representing a â€œthreat to national securityâ€.

Ukraine also viewed Seagal as a national security risk in 2017, due to its relationship with the Kremlin. Seagal, for his part, has made his adoration for Putin known: previously describing him as “one of the world’s greatest leaders” and a “brother.”

The couple’s relationship appears to have been forged out of a mutual love of martial arts. In 2013, Seagal told Russian public news channel RT, “the first time I went to (Putin’s) home I walked in and saw a life-size statue of KanÅ JigorÅ, who is the founder of judo, so I was immediately taken and impressed and sort of really wanted to get to know this man more and more deeply.

â€œHe (Putin) is an Asian philosophy student, but he’s also a student, you know, medieval, you know, great rulers and great tacticians. He is a smart man who studies these people who have incredible results in history, â€he added.

Putin reportedly proposed that Seagal be named Honorary Consul of Russia to California and Arizona in 2013 – a move that would have made Seagal a potential White House-Kremlin middleman, Buzzfeed said – but the United States refused. In 2016, a spokesperson for Putin said Seagal’s fondness for Russia and his status as a famous actor was a reason for making him a citizen, reports the BBC. And then, in 2018, Russia gave Seagal the task of improving humanitarian ties with the United States, at a time when relations between the two countries were at their lowest since the Cold War.

Seagal does not appear to have had much success on this front.