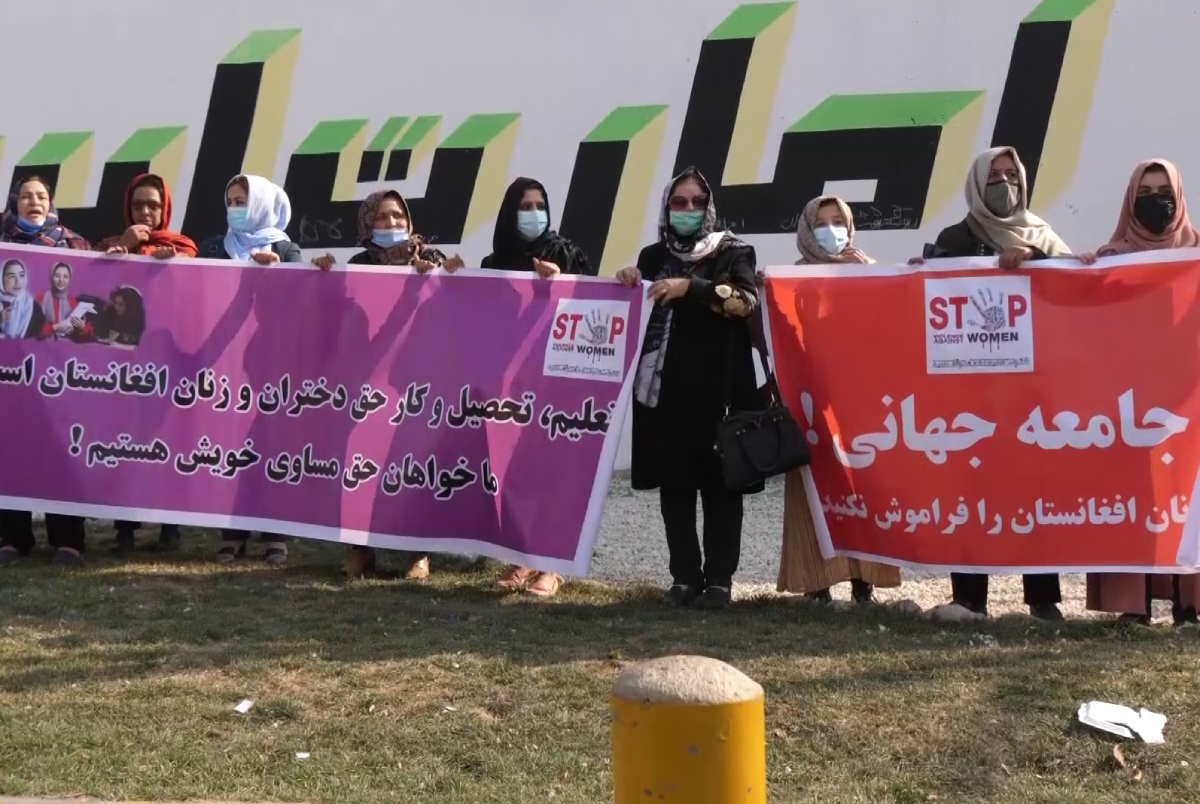 Following the collapse of the republican government, Afghanistan has seen changes in the area of ​​human rights, especially those of women and girls.

Restrictions on women’s rights, hijab decrees and civil protests are some of the changes that have drawn national and international criticism.

When the Islamic Emirate came to power, the majority of women were banned from working in government agencies, and their presence in other institutions also declined.

“The long history of women’s participation in the political, social, economic and cultural spheres of Afghanistan has shown that they represent half of the capable Afghan population,” said Najia Anwari, spokesperson for the Ministry of State in charge of peace affairs in the previous government.

“The first thing they did was isolate women from society,” said women’s rights activist Khatera Hesar.

The rulers of the Islamic Emirate have issued a number of decrees affecting women in the country over the past 12 months.

On December 3, 2021, the head of the Islamic emirate issued the first decree in six articles, emphasizing the provision of women’s rights based on Islamic Sharia.

According to this decree, no one has the power to give someone a wife in exchange for peace or the resolution of a dispute.

On May 7, 2022, the Ministry of Virtue and Vice issued a second decree requiring hijab for women. In one of its articles, guardians of women who disobey the decree will be punished and imprisoned.

Women and countries around the world, including international organizations, have reacted to the decrees of the Islamic Emirate regarding the wearing of hijab for women.

UN Secretary General Antonio Guterres said he was “alarmed” that “women should cover their faces in public and only leave their homes when necessary”. I once again urge the Taliban to keep their promises to Afghan women and girls, and their obligations under international human rights law.

“Contrary to Taliban commitments, over the past three weeks many women have been barred from going to work and are marginalized. In many areas they are not even allowed to leave their homes without a Muharram,” said Michel Bachelet, UN High Commissioner for Human Rights.

The closure of the Independent Human Rights Commission, extrajudicial executions reported in some provinces, the uncertain future of students in public universities, restrictions on women’s activities, the army’s treatment of civil protests and the challenges faced by human rights defenders are additional human rights concerns. which prompted the UN and the United States to send three special envoys to monitor these events in Afghanistan.

“I call on the de facto authorities to immediately reverse policies and guidelines that negatively impact women as well as prioritize the rights of women and girls to equal participation in education, employment and all other aspects of public life,” the UN special rapporteur said. on human rights in Afghanistan, Richard Bennett.

The United States’ special envoy for human rights and women in Afghanistan, Rina Amiri, said there was no reason for the girls not to be in school and that “this that continues to keep the sanctions in place are the policies of the Taliban against the Afghan people.”

Speaking to the BBC’s Yalda Hakim, Amiri said “the Taliban have made Afghan women invisible”.

“It is the most repressive regime in the world. This is a situation that Afghan women refer to as gender apartheid. This is the worst situation in the world,” she said. “No Muslim-majority country in the world supports” the actions of the Islamic Emirate, she added.

In the final days leading up to the anniversary of the Islamic Emirate’s rule of Afghanistan, a group of women in Kabul have again protested against the policies of the current administration, including the imposition of restrictions on women and the disastrous economic situation of the country.

“We had a protest. The Taliban violated our protest. They fired into the air and detained the girls for about two to three hours. (Islamic Emirate forces) seized their phones,” one protester said.

“Afghan women will not take their hands off their struggles and fights,” said one protester.

But despite this, the Islamic Emirate of Afghanistan has a different view of the human rights situation, especially the rights of women and girls in the country.

Despite repeated requests for interaction and recognition from the leaders of the Islamic Emirate over the past year, many countries, especially the United States and European countries, have emphasized the protection of human rights. women and respect for human rights.