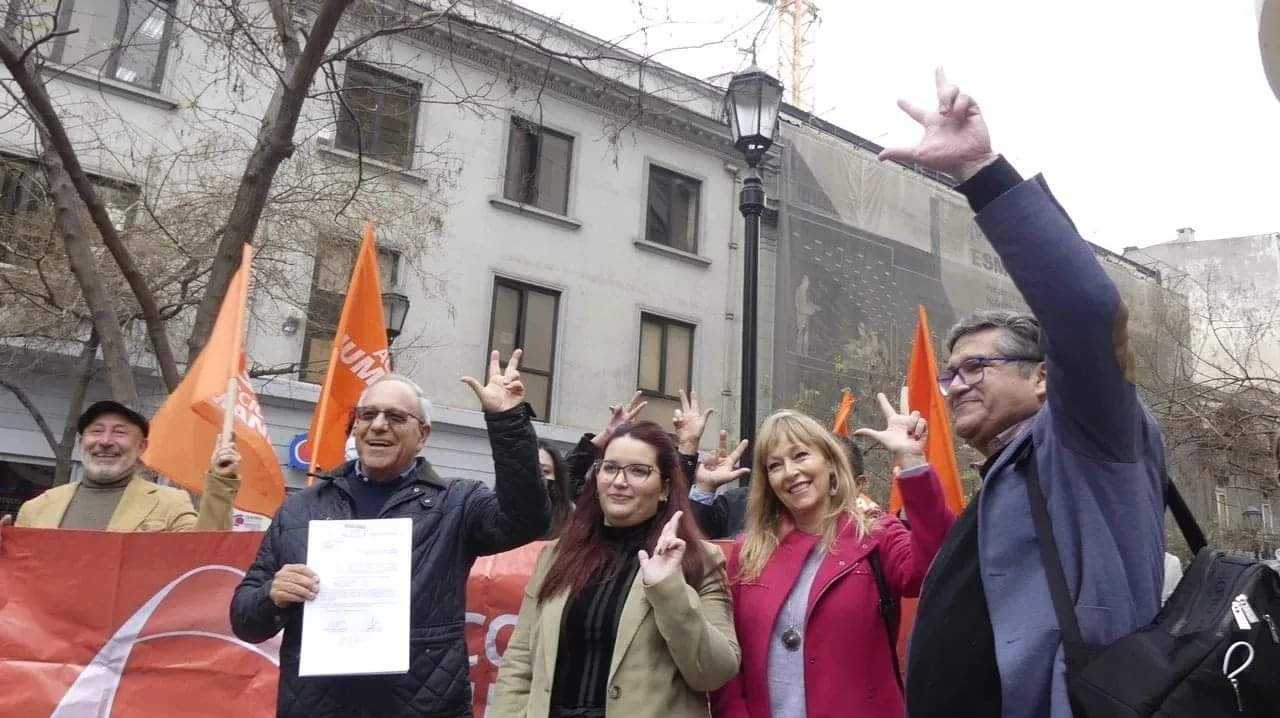 Humanism once again has a political party legalized in Chile

Today, the much-needed signatures to legalize Acción Humanista as a political party in Chile were presented to the Electoral Service.

After two and a half years that some 300 activists left the Humanist Party and left this community as a simple movement that did not seek to perpetuate the original organization, this new movement is now being legalized.

They worked during the pandemic, they gave each other their statutes, added members, launched their membership campaign and generated an infectious energy with which they took to the streets while maintaining their virtual activities. They developed this very special mix that was pandemic activism.

In this context and after the Chilean social awakening, they supported the “Apruebo” option in the Plebiscite, they sought to elect voters by presenting candidates in several constituencies, and they still presented themselves as a movement in municipal elections where they got first place. favorable results which enabled them to elect their councillors. Subsequently, they supported the elections of governors and CORES and concluded with a very vigorous campaign both in the primaries and for the legislative elections in which they won the re-election of the deputy Tomás Hirsch and the inclusion in their ranks. of the newly elected deputy. Ana Maria Gazmuri. They campaigned for the second round of elections where, with all the forces of Apruebo Dignidad, they won the massive vote that placed Gabriel Boric Font as President of the country.

They then formed, although still under the name of the Acción Humanista movement, the political team on which the new government is based. Marilén Cabrera was appointed Undersecretary for National Assets, they obtained several Seremías in different regions and also a series of other public posts.

As they tried to collect all the signatures that would allow them to become a legal political party, they worked day by day for the possibility of approving the new constitutional charter during the exit plebiscite and, with 38% of the population , this time they failed miserably.

However, their work over the past two and a half years has been undermined by solidarity campaigns, forums, retreats, activities, meetings, rallies, etc. There was strong media coverage, in particular by MP Tomás Hirsch, but also by several others.

And today they have been legalized. With this, humanism once again has a legal political party in Chile, and that’s good news. Terrific news. It is now called #AcciónHumanista and carries the spirit that has characterized humanists since the 1980s.

OPINION: Martha’s Vineyard flaunts its ignorance on immigration across the political spectrum | Opinion