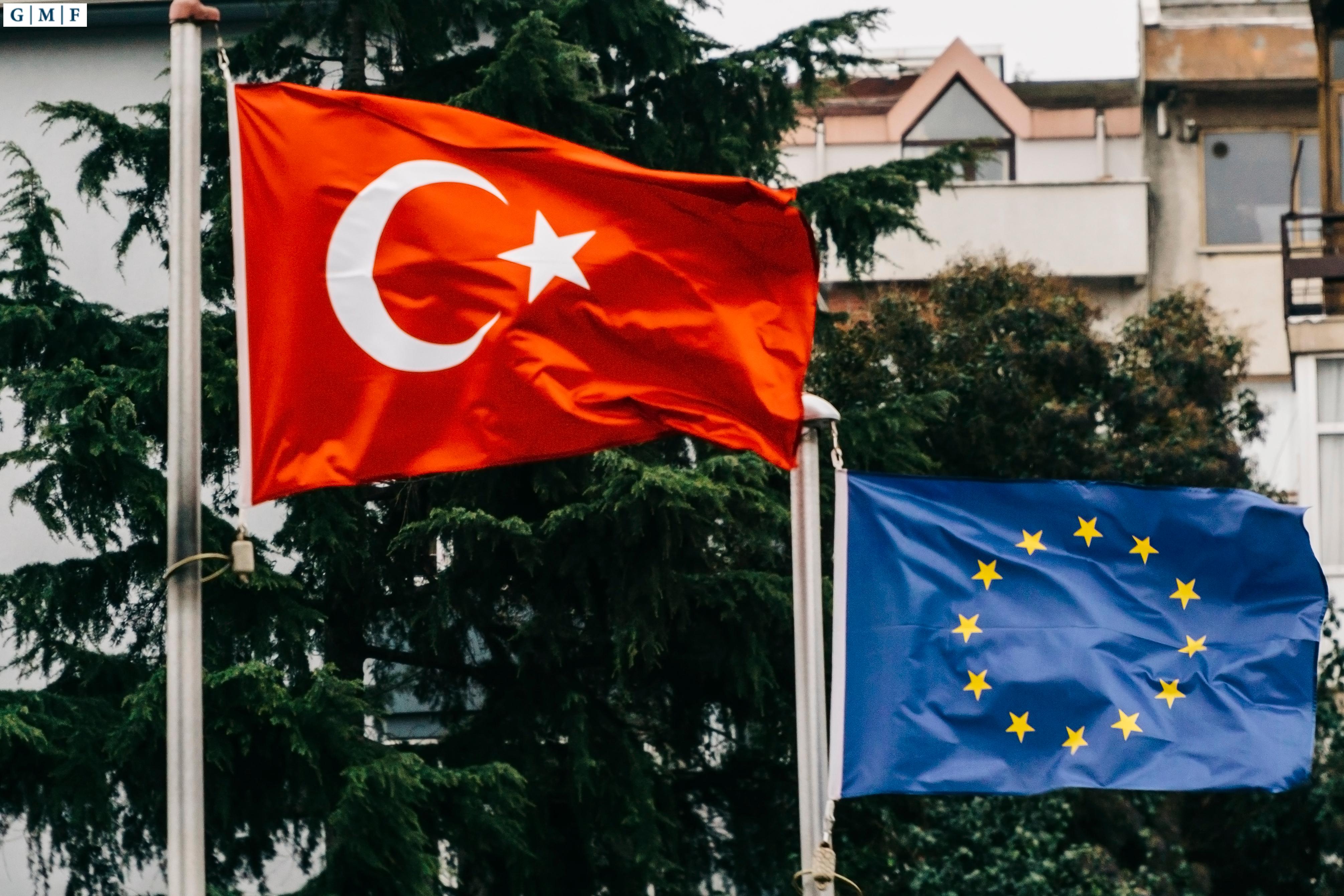 It has retreated for various reasons since the July 2016 coup attempt in the country, and this trajectory has remained unchanged despite efforts to reverse it. The EU seems to be waiting to see the results of the presidential election in Turkey, which will be held no later than June 2023, and does not intend to act until then. The nine paragraphs devoted to the country in the conclusions of the European Council of December 2021 confirm this. To sum up the situation, Turkey is the subject of strong criticism and it is their responsibility to correct the situation.

Turkey was finally mentioned as a candidate after the EU avoided doing so in European Council conclusions for the past few years. However, beyond the usual criticisms on fundamental rights, freedom of expression, the Cyprus question, etc., the accession process is frozen. The December conclusions do not even mention visa exemptions for Turkish citizens and the modernization of the customs union still faces obstacles. The relationship is slipping into a relationship that could be described as purely transactional.

For the past year and a half, President Recep Tayyip Erdoğan has met with German Chancellor Angela Merkel almost monthly, and he has had regular talks with the Presidents of the Council of the EU and the European Commission. as well as with several other EU leaders. The dialogue has intensified but there has been no progress on the vital points cited above.

It seems the EU thinks the upcoming presidential election could bring change to Turkey.

It seems that the EU thinks, for the first time in many years, that the upcoming presidential election could bring change to Turkey. But is he ready for such a change? Since most of its expectations would be met, the EU should start preparing to meet those of Turkey.

Turkey’s main demands vis-à-vis the EU are the resumption of accession negotiations, Visa exemptions for all Turkish nationals, update the customs union, and Iincreased dialogue at all levels. For its part, the EU gives priority to the fight against illegal immigration and terrorism. It also set conditions to meet Turkey’s first three demands. These are the improvement of fundamental rights and freedoms, progress in areas such as the rule of law and relations with Greece and southern Cyprus in the context of the situation in the Eastern Mediterranean.

If there is a transfer of power after the elections in Turkey, it is possible that there will be progress in fundamental rights and freedoms. In foreign policy, it would not be surprising to see an improvement in the short and medium term in Turkey’s relations with other countries which are currently strained. At least Ankara’s rhetoric should become softer. On the other hand, Turkey’s current policies towards Cyprus and the Eastern Mediterranean are likely to endure. There are certain lines that no president or government could cross without getting tangible returns.

Relative progress in some areas

With a shift in power, the four issues listed above could undergo the following changes.

Negotiations with the EU can be resumed on the accession chapters (public procurement, competition, social policy and employment) which are not subject to political conditionality.

Most of the EU’s six outstanding criteria for visa waiver can be met. However, there is a high probability of obstruction by Southern Cyprus regarding judicial cooperation with all EU members. But, even if Turkey overcomes this and the European Commission reports that all 72 criteria are met, the need for approval by member states and the European Parliament will make the process difficult.

The EU has made progress on fundamental rights and freedom of expression a prerequisite for updating the customs union. He also wants progress on at least some of the technical irritants encountered with the current version; for example, As it concerns vscertification and testing requirements for propers imported by Turkey. Turkey also has problems with EU anti-dumping investigations on some of its steel products. These can be overcome with a few concessions. In addition, the customs union should be established between Turkey and all EU members, including southern Cyprus. If the EU takes into account its own interests, it could put this political condition on the conclusion of the negotiations on the customs union rather than on their opening. Starting the talks and getting some traction would spur the EU and Turkey to move forward on other issues.

It would be useful to follow up on the agreement to have more dialogue by strengthening contacts and dialogue in several sectors such as the economy, transport, energy and the environment. Since becoming a candidate for membership, Turkey has been invited to several informal EU meetings on foreign affairs. But that stopped when the relationship soured, and the country hasn’t been invited to any of them for the past three years. Resuming this practice would be mutually beneficial.

Political will is required

As a result of all the above, expect less tension and more progress in Turkey-EU relations with a change of power in Ankara. However, the Cyprus issue will remain, which will make it difficult for relations to reach a certain level and then go further. Thus, both parties should keep expectations realistic and set policy accordingly, even if their respective demands are high.

It would also be beneficial to try to convince public opinion in the EU and Turkey of the need for certain positive developments. Actors on both sides will try to prevent progress. Although many support improving relations between Turkey and the EU, many others oppose any form of association. The bashing of Turkey has gone on for too long and European leaders should change their tune when talking about this relationship. If a new government in Turkey takes significant steps in the areas of fundamental rights and freedoms, which the public expects, there could be a honeymoon period that should be encouraged before its effects wear off. Several promises made by the EU regarding the 2016 migration agreement with Turkey but not kept, such as the reinvigoration of the accession process, the modernization of the customs union and the voluntary resettlement of Syrian refugees legally residing in Turkey, should be implemented.

If the next presidential election does not result in a change of power, a possibility that should certainly be considered, the EU will have to rethink its wait-and-see policy – ​​if it maintains its current position, both sides will end up being harmed. There is a deep lack of trust. In this case, the only issue that could produce a positive effect on the relationship is once again the customs union. Whatever government is put in place after the elections, the Cyprus issue will be the main sticking point. So, for relations to improve under the current government, at least to some extent, as mentioned above, it would be wise for the EU to remove its political preconditions for updating the customs union and requires them only for its conclusion.

The relationship between Turkey and the EU is too important to let it fall into disarray. Whatever the outcome of the election, it must be based on trust, respect and empathy, three traits that are sorely lacking today.

Selim Yenel is the president of the Global Relations Forum. Previously, he was a diplomat, notably Ambassador and Permanent Delegate of Turkey to the European Union and Under-Secretary at the Ministry of European Affairs.

UP Elections: Is the wind of political change blowing in Kanpur?