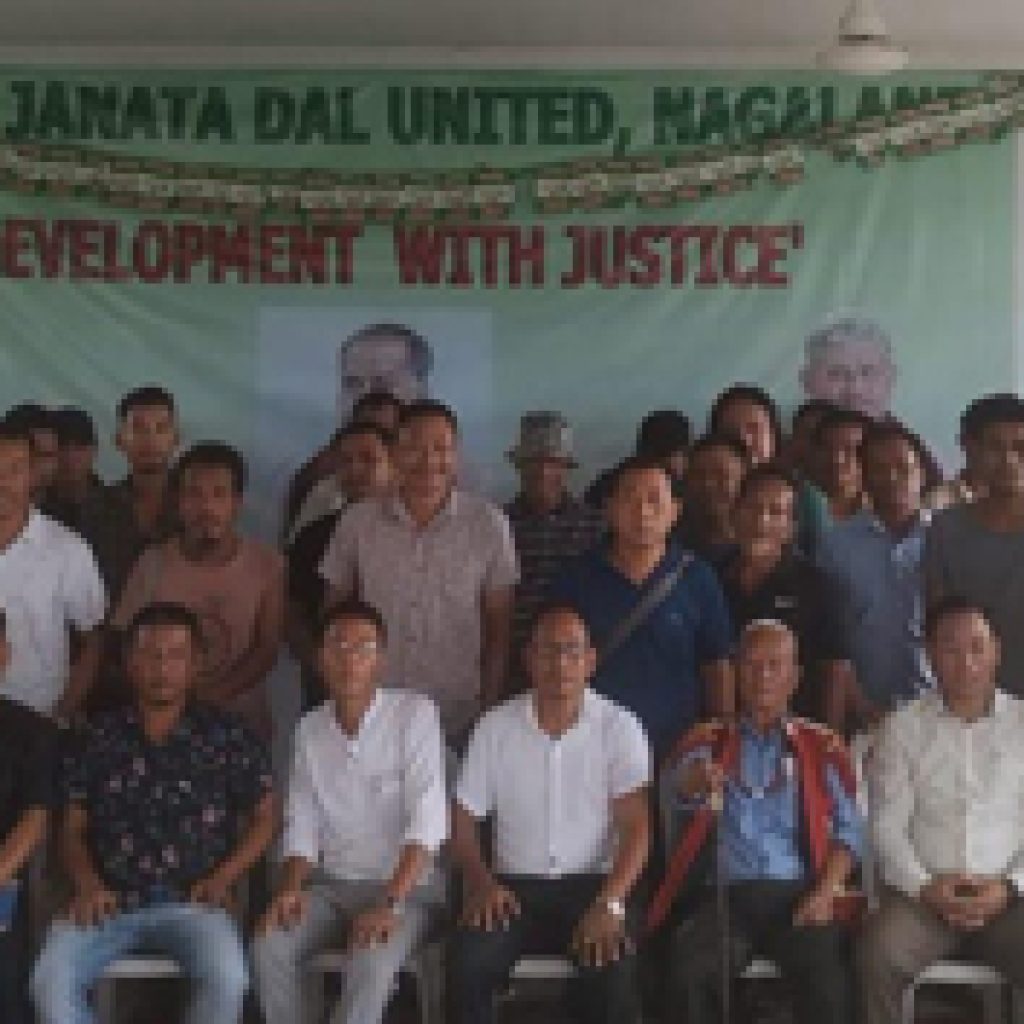 Dimapur, August 13 (EMN): The Nagaland unit of the Janata Dal United (JDU) has informed that his party leadership is serious in seeking a permanent solution to the Naga political problem at the earliest.

The Nagaland JDU made the statement during a meeting held at the residence of its party general secretary, Kitoho S Rotokha under Assembly constituency 5 Ghaspani II, on August 12. The program was chaired by Khezheto Rochill.

While addressing the assembly, the leaders stressed the need for stronger secular accreditation. They said that Nitish Kumar, the chief gentleman of Bihar, was keen to resolve the Naga political issue at the earliest by stating that he had shown party sincerity both inside and outside parliament at various occasions.

Further, Nitish Kumar urged the members to work vigorously towards a common goal and build strong foundations in the state of Nagaland.

A party update said that representatives from Kuhuboto region, Ato region, Medziphema region and Sakipheto region led by Ijeho Zhimomi, GB leader of Pherima, spoke in favor of the formation of the party in the constituency of the assembly 5 Ghaspani II (mandal).