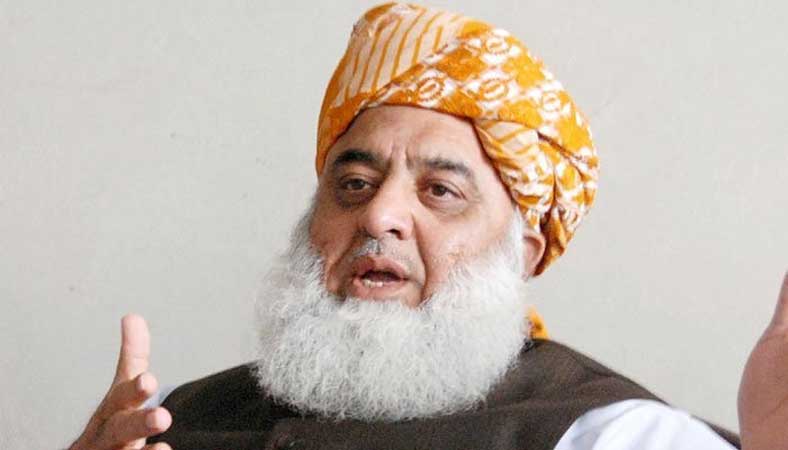 JUI-F the “biggest” political party of the KP

Fazl’s statement came after unofficial results made JUI-F’s Zubair Ali the winner of the coveted position of mayor of Peshawar.

In addition, the unofficial results of the 30 tehsils of the KP showed that JUI-F led with 13 seats, followed by PTI with 6 seats, PML-N 3, National Awami Party 3, Jamaat-i-Islami one and PPP one, while independent candidates won three seats.

He said time had proven that the last election was rigged. “The JUI-F was and is the greatest political power in Khyber Pakhtunkhwa,” he said in response to a question about the local elections.

However, he said some forces were trying to stand in the way of JUI-F because they feared his party’s rise to power.

“They fear what America and the West will think,” he said, adding that the United States and the West had settled the problems with the Afghan Taliban. “Why will we be unacceptable to them then?” ” He asked. He called for ending the mentality of preventing a particular party from moving forward and asserted that the JUI-F could rule Pakistan in a better way than the current government.

“We know how to run this country. We are honest and by the grace of God the JUI-F is the only party that has not been accused of corruption, ”said Fazl. He added that this proved that the corruption allegations were being used as a tool.

Warning that trends such as leveling corruption allegations would destroy the machinery of the country, he stressed that the practice of slandering politicians must stop.

“Because those who create this propaganda against politicians are much more corrupt than politicians,” he noted.

In response to a question, Fazl, who is also the alliance leader of the opposition Pakistan Democratic Movement (PDM), said preparations were underway for protests across the country. Fazl said he will travel to Karachi soon where he will meet with other opposition leaders to discuss the strategy for the protest to be organized by the PDM on March 23.