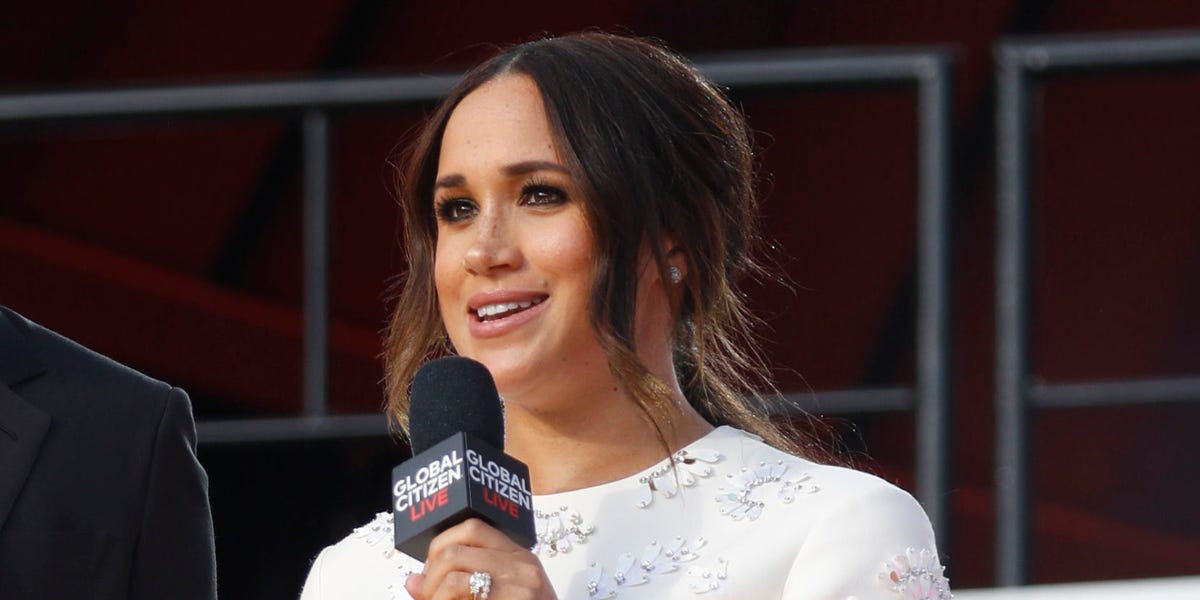 Meghan Markle has said paid leave is not a “political issue” after being criticized by a palace aide for getting involved in politics in the United States.

The Duchess of Sussex has called on US senators, including Senator Shelley Moore Capito of West Virginia and Senator Susan Collins of Maine, to advocate for paid parental leave in the United States, Politico reported on Wednesday.

The Duchess said she doesn’t see paid leave as a policy when asked if she feels ‘anxiety’ about getting involved in politics at the New York Times’ DealBook Summit on Tuesday .

“There is certainly a precedent in my husband’s family and the royal family for not getting involved in politics, but I think paid leave, from my perspective, is just a humanitarian issue,” said the Duchess.

A Buckingham Palace aide previously said the Duchess of Sussex used her title “out of context” when discussing political matters, The Times of London reported on Sunday.

Speaking to The Times, an unnamed palace aide said members of the royal family “generally steer clear of this sort of thing”.

“Otherwise you use the title out of context and people will question your motivation. The Royal Family has no say in American politics. Campaigning is important, but there is a difference between campaigning on ‘issues’ like the environment and mental health, and aligning yourself with policies,” the aide said.

“The Duchess of Sussex has no right to have a louder voice [on the issue] than any other mother in America. She shouldn’t be playing politics,” they added.

Senator Shelley Moore told Politico the Duchess introduced herself by her title, “Meghan, Duchess of Sussex,” after calling her from a blocked number. Markle also penned a letter to Congress advocating for paid family and medical leave last month, which she signed with her royal title.

A source close to the Duchess told The Times that she contacted members of Congress “in her personal capacity as a committed citizen”.

Representatives for the Duchess of Sussex declined to comment when contacted by Insider. Buckingham Palace did not immediately respond to Insider’s request for comment.