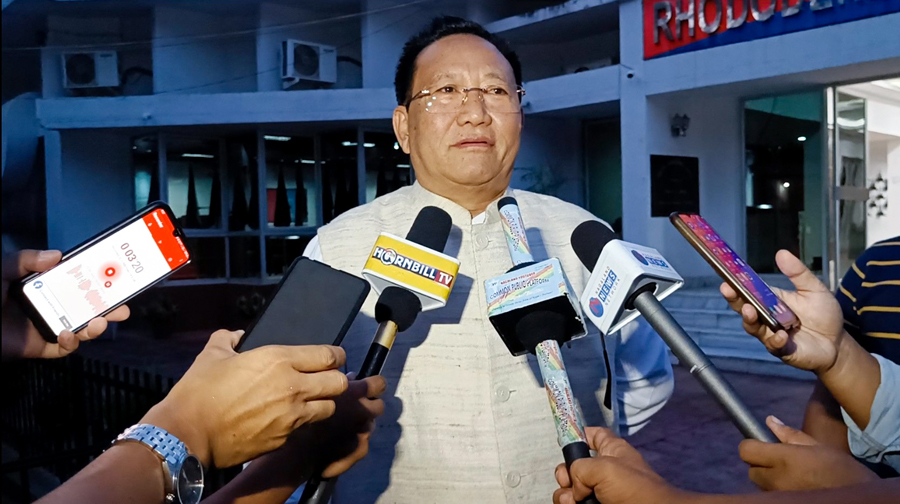 The co-organizer of the Parliamentary Central Committee on the Naga Political Question, TR Zeliang, who is also the chairman of UDA, told reporters after the committee’s meeting with NSCN (IM) leaders at the police compound in Chumoukedima, Saturday.

The meeting came days after Union Home Minister Amit Shah asked the 11-member delegation of the Parliamentary Central Committee on the Naga Political Issue, which visited the nation’s capital earlier this week to give a “final push” to resolve the Naga issue ahead of the state assembly election, to convince the NSCN(IM) to ink the final solution.

He said there was ‘nothing new’ at Saturday’s meeting but they had passed on to NSCN(IM) what was to be shared with them after the committee meeting with the Chief Minister of Assam Himanta Biswas Sharma on September 7 and Amit Shah on September 12.

During the delegation’s recent visit to New Delhi, he said they wanted to meet Prime Minister Narendra Modi and Amit Shah, but the Prime Minister had ordered the Home Secretary to meet them.

He said the NSCN(IM) was “unhappy” with the Indian government’s interlocutor for the Naga peace talks, AK Mishra, alleging that he had “omitted some of the important political points which were in the formulation document from (former interlocutor) RN Ravi.”, the delegation had therefore conveyed the same to Shah and Mishra.

“If the discussion is to be based on the framework agreement and the wording document submitted by RN Ravi and AK Mishra, then they are ready to continue talking,” he said.

He also clarified that the task of the central committee is to convey the “feelings” of the Naga political groups to the Government of India (GOI) and vice versa, so “we are not in any way involved in the negotiation”. He said the conclusion of the political talks is entirely up to the negotiating parties.

Ball in the GoI court – Raising

NSCN(IM) Collective Leadership member Rh Raising also confirmed that they are “departing soon for talks with the Government of India”.

Moreover, he said the ball is in the court of the GoI and not in the central committee or the NSCN (IM). “It is the GoI who must decide, and we await their response.”

“The discussion is ongoing, and it needs to be settled on the table between GoI and NSCN (IM), he added.

It may be mentioned that the stalemate in the Naga peace process continues as the NSCN (IM) has been firm on its demand for a separate Naga constitution and flag as part of the final solution, while the Indian government is not willing to give the request.

To help anchor the final settlement, the central parliamentary committee on the Naga political issue headed by Nagaland Chief Minister Neiphiu Rio had met with Shah in Delhi earlier this week. The committee also submitted its July 16 resolution to Shah and Mishra.

To end the decades-old Naga political problem, the Indian government had signed a ceasefire with almost all NPGs and held peace talks for several years. He signed a framework agreement with the NSCN (IM) in 2015, then an agreed position with the working committee, National Naga Political Groups (WC-NNPG), but no solution is in sight so far.