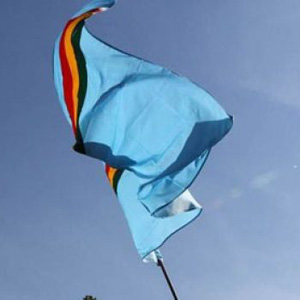 Kohima, July 16 (EMN): The Naga Political Question Parliamentary Committee “called on the negotiating parties to refer to the competencies as reflected in the Framework Agreement signed between the Government of India and the NSCN(IM) to arrive at a mutually acceptable definition of competencies for resolve this disputed matter at the earliest and provide an honorable, acceptable and inclusive final solution”.

Planning and Coordination, Land Revenue and Parliamentary Affairs Minister Neiba Kronu, who is also secretary member of the Parliamentary Committee on the Naga Political Question, told reporters that four resolutions were passed at the meeting of the committee held at the State Banquet Hall in Kohima on Saturday.

“Since the talks were formally concluded on October 31, 2019, the Honorable Prime Minister and the Honorable Union Home Secretary are urged to urge the leaders of NSCN (IM) to a speedy conclusion” , reads one of the resolutions.

The Parliamentary Committee hailed “the positive initiatives taken by the Government of India and Working Committees, National Naga Political Groups (WC-NNPG) with regard to the ongoing peace dialogue”.

He also appreciated and commended the efforts made by the Naga Political Groups (NPGs) to move the talks forward.

While welcoming the statements and observations made by various organizations and individuals, calling for unity and an early solution, the parliamentary committee called for “refraining from making statements that could create misunderstandings and disunity, and which could hinder the common and collective effort”. achieve a true and lasting peace”.

He went on to say that he is not a party to the Naga political negotiations but “playing the role of facilitator, representing and reflecting the voice of the people”, which he said will continue “in a serious way”.

“We respect the commitments of the constituent political parties, as reflected in their respective manifestos, to lead the way in the event of a political solution,” he said.

Did Dobbs help the left rediscover how political change happens?