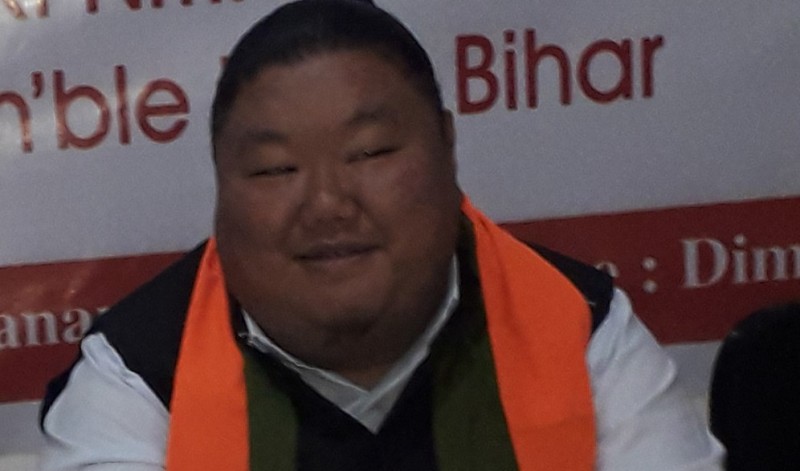 Dimapur: BJP’s Nagaland unit said the Naga political issue and its related issues cannot be kept in the dark as everyone deserves to know what is happening and what is going to happen.

The party said it would never hesitate to stand up for what needs to be said, as it stands with the Nagas in their aspirations for an honorable and acceptable solution to the problem, the BJP media cell said in a statement on Sunday. .

The party made the remarks following opinions and allegations against its lawmakers on the issue in recent times.

On May 27, the NSCN (IM) accused Nagaland BJP ministers and an NPF lawmaker of using “unparliamentary” and “intemperate language” on the Framework Agreement, the Naga national flag, the constitution and the integration.

Stating that while such enthusiasm shown by political leaders in the state was appreciated, NSCN(IM) said it would however amount to overstepping their role as facilitators when they started to jump beyond their assigned role by making disconcerting statements on the Naga question. “It is great fun that BJP ministers and other party lawmakers are spitting venom against the NSCN,” the group’s information and publicity ministry said in a statement.

The state BJP said: “At this time our leaders must speak out because it is high time and the BJP as a political party will continue to do its part to facilitate a speedy and amicable solution because the Naga must know the truth because the Naga political question and its related issues are not something to be kept in the dark.

The party’s state unit said it had always been at the forefront of advocating for a speedy and amicable solution to the Naga’s longstanding political problem and must be accepted by all those who really needed a solution.

According to her, those who criticize a few legislators for speaking out and expressing their opinions must also understand that legislators also in some way represent the voice of the Center and cannot be ignored or dismissed. Rather, they should be appreciated for expressing the undeniable, uncomfortable truth that everyone knows and goes through but isn’t comfortable enough to say out loud in public.

The state BJP also said it was disheartening that some leaders and their party maintained a “comfortably stoic” silence on the issue despite holding influential positions such as central committee leadership on the Naga political issue. Nagaland’s Chief Minister, Neiphiu Rio, heads the central committee.

“At this crucial moment, when all our leaders must speak out.

“Ignoring it will add nothing to our collective aspirations for the long-standing political solution. They must let the public know what they think and want. We need leaders who represent the voice of the people and not those who waver when their thoughts and opinions matter most,” he added.