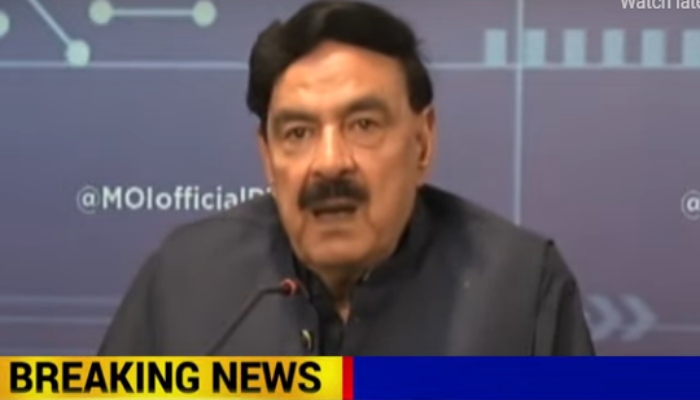 No political party allowed to organize sit-in in Islamabad: Rasheed

Interior Minister Sheikh Rasheed said on Saturday that no political party would be allowed to sit in the capital.

The minister briefed the media on security issues in the context of the tense political situation in the country.

“Control of the Sri Nagar highway has been handed over to Rangers and FC, while no less than 15,000 security personnel have been deployed in the area,” he added.

The interior minister also stressed that the government would ensure the safety of all opposition members and that no political party would encounter any obstacles during their public gathering.

While addressing the rawness of the motion of no confidence, the minister maintained that the vote would take place on April 3 or 4.

“The next 7 days, March 28 to April 4, are crucial, and the eyes of the whole world are on the intense political situation in Pakistan.”

The minister reiterated that no one would be allowed to mess with public order situations.

He also said MP Jam Abdul Karim would be booked upon his arrival in Pakistan and his name added to Interpol. Jam Abdul Karim is a candidate in the Nazim Jokhio murder case.