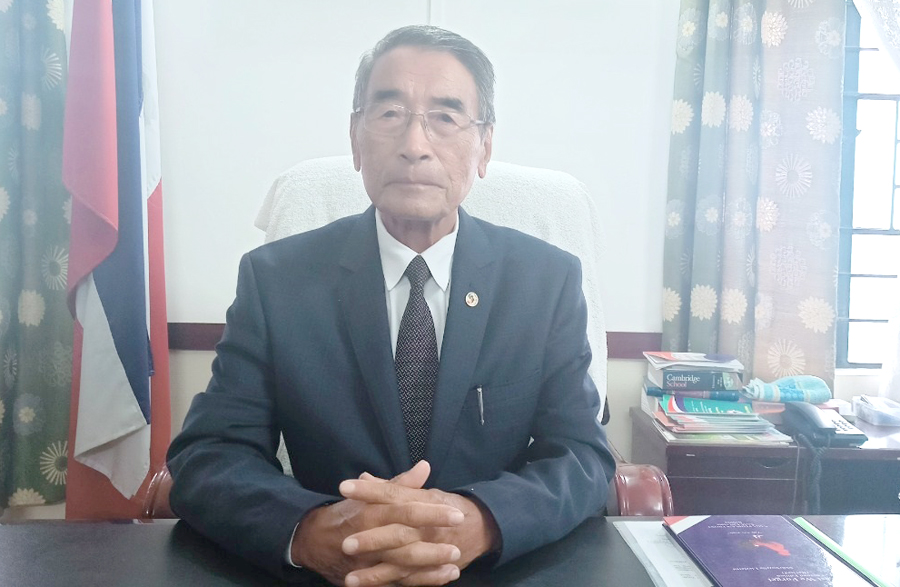 NPF will not side with any group on Naga political issue, says party leader

Dimapur, May 24 (EMN): Dr. Shürhozelie Liezietsu, chairman of the Naga People’s Front (NPF), said the party has been firm in its political stance on the Naga political issue since its inception.

In a statement released on Tuesday, Dr Liezietsu said many were treating the Naga issue as a public order issue and were trying to suppress the movement using various methods by different agencies.

He said the NPF was formed during this period to give a new direction to the issue for its solution, proclaiming it as a “political and human problem”, not a problem of public order.

“The weather keeps changing, but the Naga political problem will remain the same until it is amicably resolved by a political solution that is ‘honourable, acceptable and inclusive,'” he said.

“This political party does not and will not take sides with any particular group, but to maintain a good understanding with all groups in conflict by telling them the truth. The Nagas must blame us for the mess we’ve encountered so far. It is high time that everyone became aware of the realities on the ground,” he added.

Liezietsu went on to say that the party will continue to appeal to national Naga workers to understand the common interest of the people in resolving this issue amicably which “will also be in the interest of the whole country.”