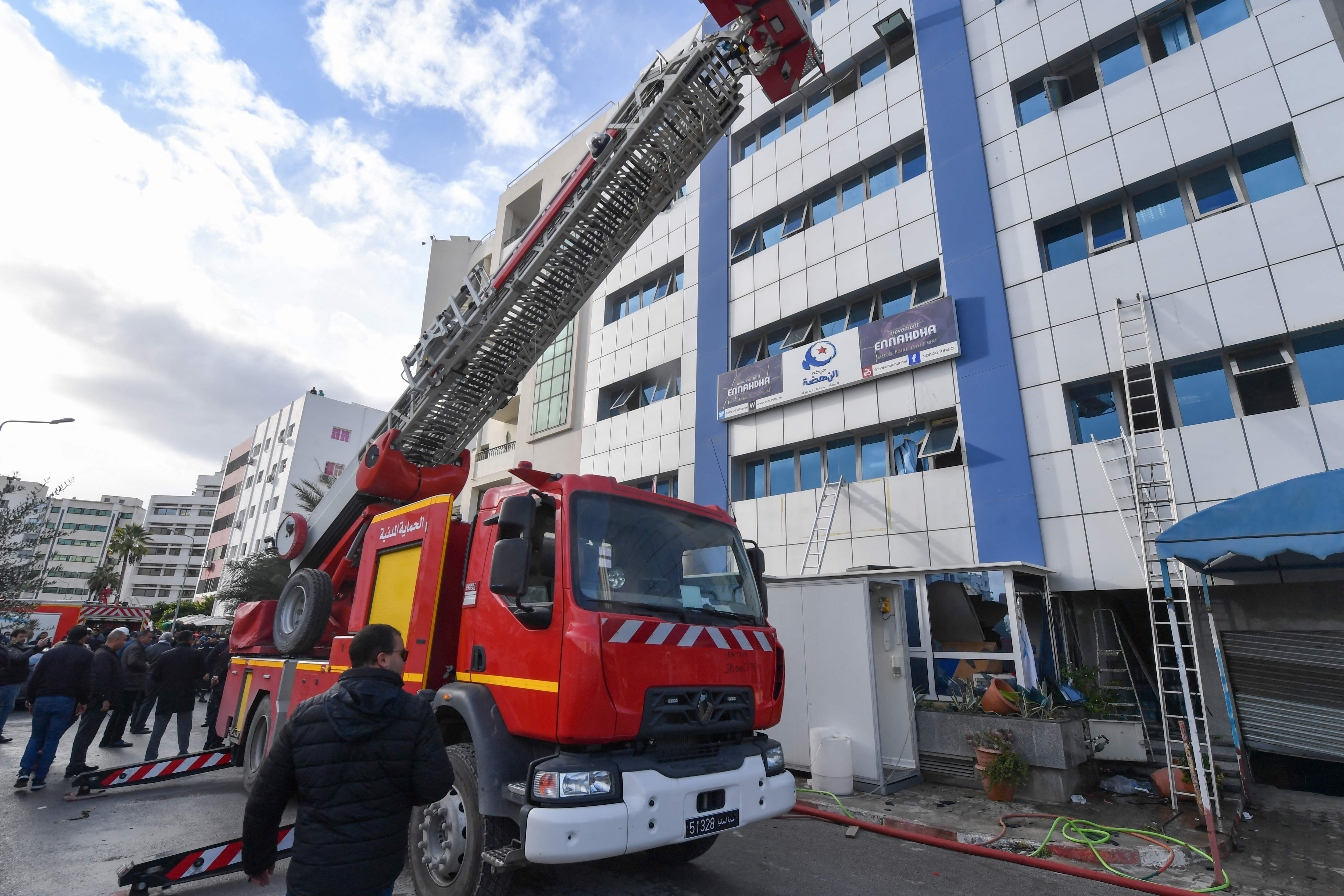 A former political prisoner and activist of Ennahda set himself on fire at the headquarters of the Tunisian party, resulting in a fire injuring members of the party, including a former prime minister.

Sami Essifi, 51, who is said to be married and has children, died after setting himself on fire on the ground floor of the Islamist party headquarters.

The fire spread to the second floor where party members, including senior officials, suffered burns and inhaled smoke.

Senior official Ali Larayedh, the former prime minister, jumped from a second story window and injured his legs and spine before the ambulance and firefighters arrived.

Firefighters brought the blaze under control in the early afternoon and paramedics removed Essifi’s charred body.

“The first results of the investigation indicate that the victim had set himself on fire upon his arrival on the second floor of the building,” said the prosecution.

“The Directorate of Criminal Affairs is investigating the circumstances of Mr. Essifi’s death and the burning of the party headquarters.”

Essifi, a party activist, had previously been held as a political prisoner under the orders of former President Zine El Abedine Ben Ali for 15 years and was subsequently released in 2006, but had lived a life of extreme poverty.

Essifi was one of the many victims of the brutal regime of President Zine El Abidine Ben Ali, overthrown during the uprising of 2011. Their cases had been assessed by the Truth and Dignity Commission.

The commission was set up as part of the transitional justice process to investigate historical cases of torture and murder by the state.

But like many other victims whose case has been officially recognized, Essifi has not obtained any compensation.

â€œMr. Essifi came to ask the party for help because the offices of the head of government, government and parliament are all closed. He had nowhere to turn, â€said senior Ennahda official Mondher Louinissi. The National.

â€œSadly, in a moment of utter despair and loss of hope, he set himself on fire.

â€œI have been in the office all afternoon. Everyone is very sad and angry. They are shocked that a member of Ennahda set himself on fire.

â€œThe atmosphere in Tunisia is very dark at the moment. We believe this action was a message to the president [Kais Saied]. “

An Ennahda spokesperson said 18 people were taken to hospital for treatment, 16 of them suffering from smoke inhalation. They are treated with oxygen.

Mr. Larayedh is being operated on for his injuries.

Louinissi said Shura Council president Abdel Karim Harouni was also among those injured, with first and second degree burns to his face, arms and hands.

He is treated in a private clinic.

Across the political spectrum, our laws are too focused on punishment