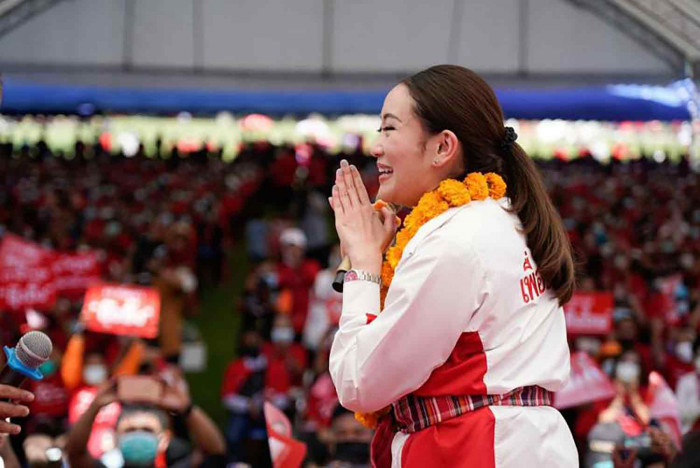 The news of Paetongtarn Shinawatra’s pregnancy will not affect the Pheu Thai party’s decision on its candidate for prime minister in the general election, but could affect the campaign, the party leader said on Wednesday.

Cholnan Srikaew, Leader of the Opposition, said Ms Paetongtarn’s announcement that she was pregnant with her second child would have little political impact.

At this stage, she had not even been nominated as a candidate for the post of Prime Minister.

“So I have to say there hasn’t been any impact yet,” the Pheu Thai leader said.

“The Pheu Thai Party seriously listens to people’s voices. Health has little impact. Unless there is total incapacity for work, there should be no problem,” he said.

Asked if the pregnancy would affect the election campaign, because Ms Paetongtarn was the head of the ‘Pheu Thai family’, Dr Cholnan said her party had many ways to campaign for votes.

Her pregnancy might have some impact on the campaign, but it wouldn’t be significant, he said.

Ms Paetongtarn, the daughter of former Prime Minister Thaksin Shinawatra, announced on social media that she was pregnant. The child is expected in May, the same month as the general election.

A recent poll found that a majority of northerners favor her for the next prime minister.