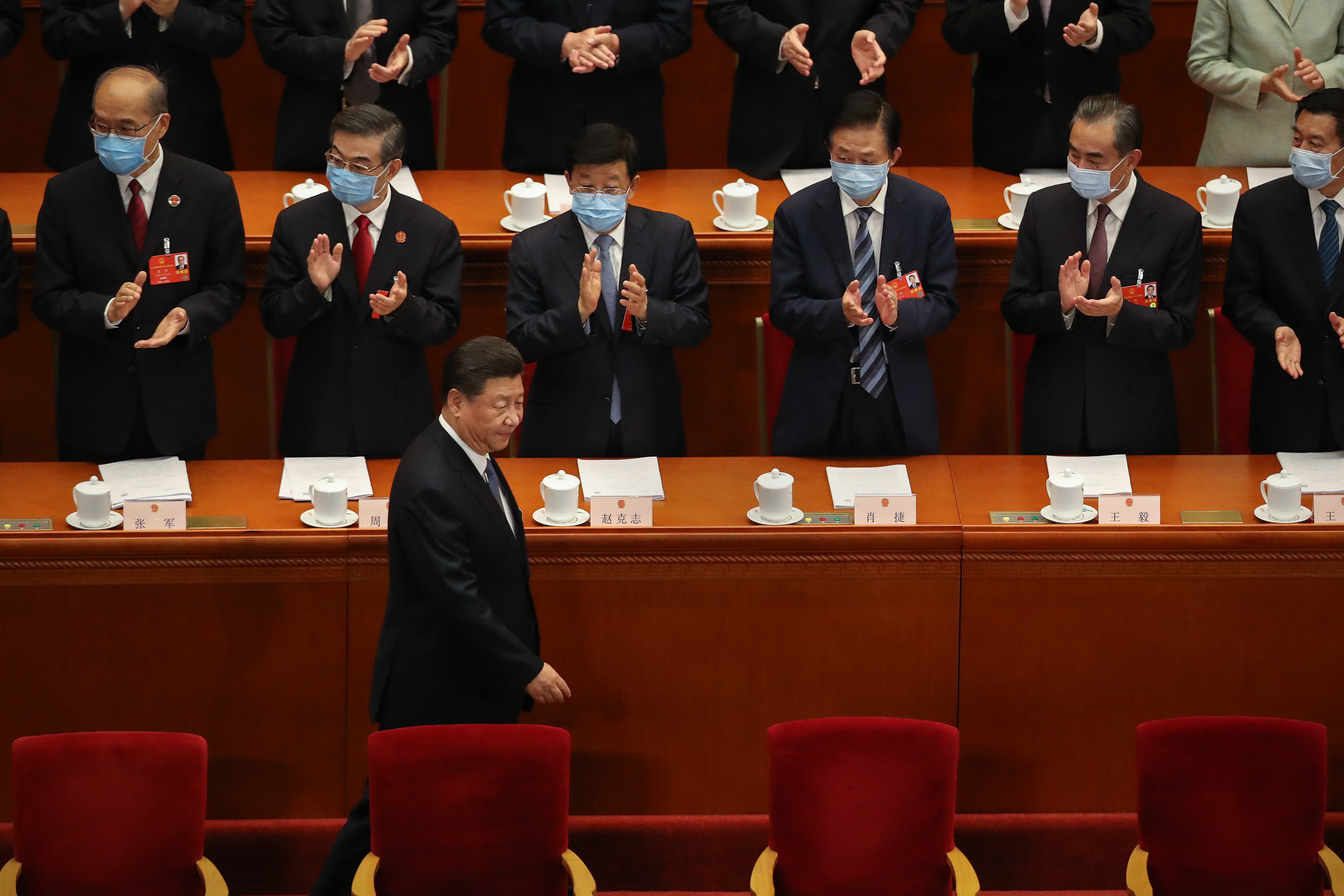 Political change in China is not unlikely

Opposition to China’s supreme leader Xi Jinping is escalating despite a harsh crackdown on dissenting voices. Intrusive security checks and surveillance, undue centralization of power, mismanagement of unrest in Hong Kong, surges in foreign relations and now the coronavirus crisis have resulted in cracks in the Chinese Communist Party (CCP) armor in power. All of this, especially now coupled with an economic downturn, has led critics to speak out against Xi Jinping, which could potentially snowball into major unrest against the Communist regime.

Recently, Cai Xia, who was a teacher at the Central Party School of the CCP, accused Xi Jinping of destroying the country with his policies. Taking Xi Jinping head-on, Xia said there was widespread opposition to the Party leader within the Party, but very few dared speak out due to threats of retaliation such as corruption charges. “Under Xi’s regime, the Chinese Communist Party is not a force for progress for China. In fact, it is an obstacle to China’s progress,” Xia said. “I believe that I am not the only one who wants to leave this party. More people would like to withdraw or leave this party.”

According to the BBC, more than 170 minister and deputy minister level officials across China have been sacked, and many more were jailed for corruption, professional misconduct and violation of party discipline from 2012 to 2017. The The scale of the purge of opponents has never been so massive since the reign of Mao Zedong. Between 1949 and 2012, over a period of 63 years, up to 33 members (titular and alternate) of the CPC Central Committee were sanctioned. As the The BBC noted, however, Xi Jinping oversaw the biggest purge of the CCP in the history of Communist China.

Two years ago, Xi Jinping set up a new anti-graft institution, the National Monitoring Commission. The Commission consolidated power in the hands of the central leadership of the CPC. Ren Zhiqiang, Party member and real estate mogul, disappeared after accusing Xi Jinping of mismanaging the COVID-19 epidemic. Avoiding direct mention, he called Xi Jinping a power-hungry clown and blamed the government’s strict limits on free speech for the exacerbation of the pandemic. As expected, Zhiqiang was charged with embezzlement and wrongful gain before disappearing from public view.

Xu Zhangrun, a law professor at Tsinghua University in Beijing, accused Xi Jinping of putting politics before people’s lives in a strong-worded article. “The political system collapsed under tyranny, and a governance system made up of bureaucrats, which took more than 30 years for the party to build, collapsed,” wrote Xu Zhangrun. He is under strict surveillance and has been banned from leaving the country. Likewise, legal activist Xu Zhiyong was arrested after accusing Xi Jinping of covering up COVID-19 and asking for his resignation.

The Chinese are fed up with Xi Jinping’s government’s strong demand to prove its loyalty to the current regime. It all amounts to a perfect dictatorship. Critics are now using coded language to show how Xi Jinping messed up his management of the economy and foreign relations, in addition to imposing authoritarianism at home and in Hong Kong. Some use innuendos to criticize Xi Jinping on social media without even naming him, in order to avoid censors.

The Chinese economy is growing at a slow pace. Since Xi Jinping took power, the annual GDP growth rate has increased from 7.86% in 2012 to 6.10% in 2019. Although Xi Jinping’s government has not issued a growth target digital this year, China is set to face one of its worst performances in the post-Mao era.

Unemployment has increased in China in recent years and it shows no signs of slowing down for the near future amid the pandemic. Beijing can censor political dissent on the streets or on social media, but unemployment is harder to cover up, said Fengshu Liu, a professor at the University of Oslo.

And these concerns echo in the corridors of power in China. Public Security Minister Zhao Kezhi called on Chinese law enforcement to pay particular attention to “destabilizing factors” resulting from the economic downturn and the pandemic. While Xi Jinping has succeeded in effectively crushing political dissidents, local protests are now increasingly commonplace over fundamental, grassroots issues.

Of course, I am not claiming that the revolution will take place tomorrow. We need a comprehensive and viable pro-democracy movement to force the dictatorship to open. An important step in achieving this goal would be the formation of a group of civilian leaders capable of representing the general public, integrating the middle and lower classes by demanding democracy, and at least partially disrupting the current political order – a group, in short, which will attract the attention and support of the international community and can launch calls for effective negotiations with the government.

No one can predict with precision when the time will come for a dramatic openness to change in China. But with the continued moral and strategic clarity of the international community and its unwavering support for the growth of democratic forces in China, that moment will come sooner rather than later.

Dr Jianli Yang is Founder and Chairman of Citizen Power Initiatives for China.

The opinions expressed in this article are those of the author.