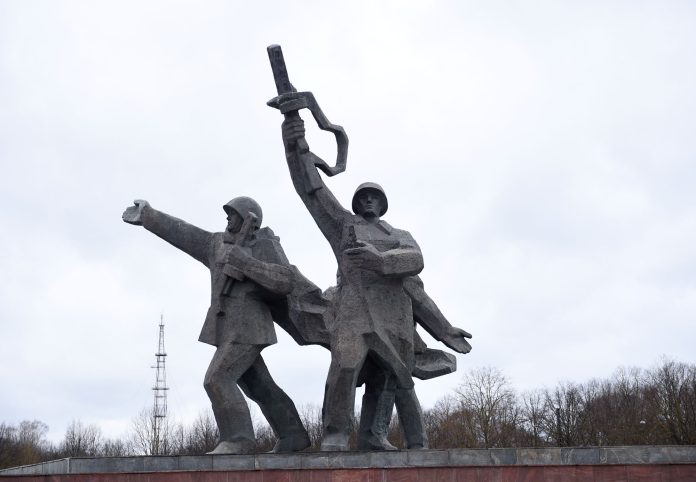 In case of approval of the law on the prohibition of the exhibition of objects glorifying the Soviet and Nazi regimes and their dismantling on the territory of the Republic of Latvia, the political party Harmony will not excite the inhabitants to oppose the demolition of the Victory Monument in Pardaugava.

In his interview on TV3’s 900 seconds program, Harmony leader Jānis Urbanovičs said that, given last week’s debates on the aforementioned law, it was clear that the question of demolishing the monument does not is not about monuments – it is an attempt to insult, irritate and humiliate the people. who appreciate these monuments.

“During the debates last Thursday, we only heard hate speech, which only increased the feeling of being insulted for many Latvian residents,” the Saeima MP said.

According to the politician, the demolition of Soviet monuments, if necessary, should be discussed after serious public discussions and in times of peace.

Urbanovičs stressed that any action should be assessed in the context of potential advantages and disadvantages for Latvia. According to him, talks about demolishing monuments help divert society’s attention from unfulfilled government tasks that are “crying for attention”.

At the same time, he promised that Harmony would not irritate people or oppose the law, because “any protest or violation of the law will be a punishable offense.”

“We will do everything possible to convince people to accept this situation peacefully,” Urbanovičs stressed.

Commenting on Harmony’s bid for Saeima’s 14th elections, the politician pointed out that in view of the Russian-Ukrainian war, Harmony will try to motivate non-Latvians living in the country to consider this country as their only homeland.

“It will not be easy, given the coalition’s xenophobic rhetoric. However, we believe it is important. This task alone is an indication that Latvia needs harmony,” the party leader said.

Top 10 trips across the political spectrum