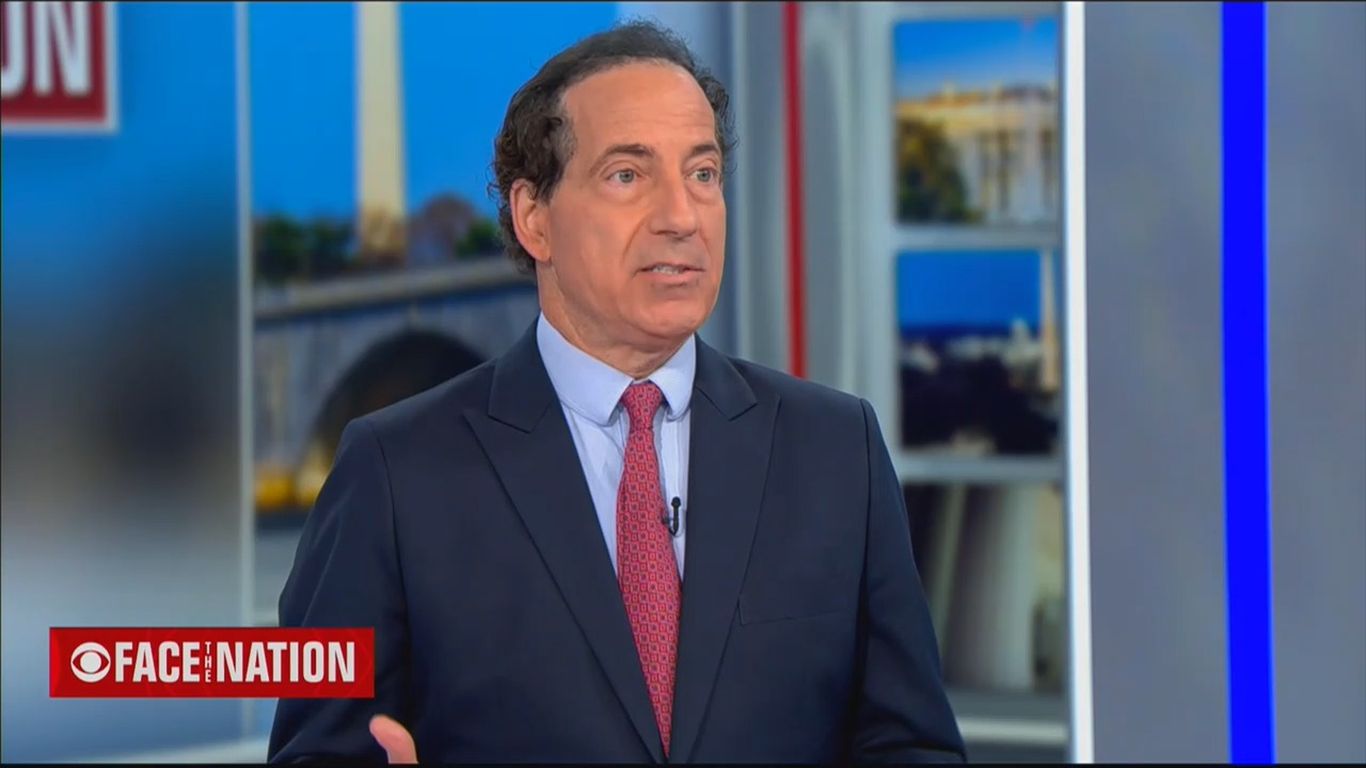 Rep. Jamie Raskin (D-Md.) cited former President Trump’s recent calls for a new election and his claims that if re-elected he would pardon participants in the deadly Capitol riot. from Jan. 6 while discussing the “characteristics of a fascist political party” on CBS’ “Face the Nation” on Sunday.

Driving the news: In a Social publishing of the truth Trump last week repeated baseless allegations of fraud in the 2020 election and called for the “legitimate winner” to be declared or for the election to be declared “irretrievably in jeopardy and that there be a new election, immediately!”

In a prime time address On Thursday night, President Biden condemned Trump and the “MAGA forces,” saying they “represent an extremism that threatens the very foundations of our republic.”

What they say : “If he says the election should be rerun, which he’s been saying all along, that’s outside the Constitution,” Raskin said, referring to Trump.

“Two of the hallmarks of a fascist political party are, one, they don’t accept election results that don’t go their way. And two, they embrace political violence,” Raskin said.

Go further : Biden steps up anti-Republican rhetoric ahead of midterms