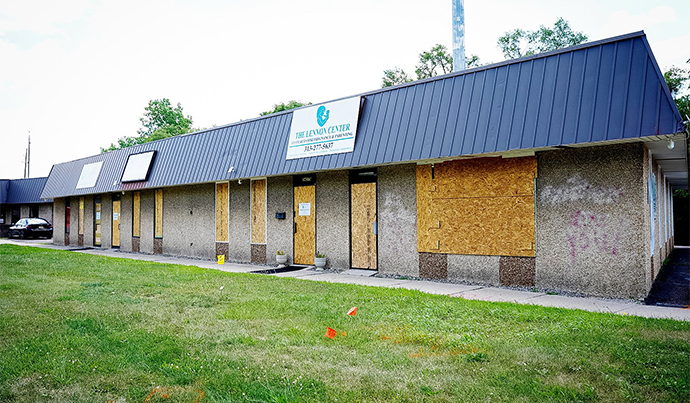 A few days ago, Americans woke up to a man shouting, “Where’s Nancy?” staged a hammer attack on House Speaker Nancy Pelosi’s 82-year-old husband. Weeks earlier, a man with a gun approached the home of Supreme Court Justice Brett Kavanaugh. These incidents and others like them point to a dire question: Has violence become the new normal way for significant numbers of people in America to express political and social dissent?

Without presuming to pronounce an emphatic yes or no to this, I think it is fair to say that the use of violence is now clearly troubling at both ends of the ideological spectrum instead, as some claim, only at the far right.

Clearly, the January 6, 2021 riot at the United States Capitol by some supporters of former President Trump was a horrific display of violence in the name of a political cause. But an analysis that stops at this eruption of right-wing extremism falls far short of the scale of the problem.

Recently I was struck by an example of such selectivity on the Op-Ed page of the Washington Post. While ruling out the chances of a new American Civil War he previously believed possible, military historian Thomas E. Ricks declared ideological extremism is a real problem, but it is only found on the right, where it is personified by the “reactionaries” of the Supreme Court (i.e. the judges with whom it is not d ‘OK).

This is the tunnel vision of ideology. Ricks ignores the violence against pro-life pregnancy centers and Catholic churches. Don’t these incidents belong to the rogues gallery of politically motivated violence? There is something pathological in the silence of those who treat them as irrelevant.

Maybe you haven’t heard much about these events. After all, the mainstream media mostly ignored them, a bad sign in itself. But according to a count by the Washington-based Religious Freedom Institute, 174 Catholic sites have been targeted in just over two years, a number that has surely increased since this count was made. The incidents included four acts of personal violence, 26 arson attacks, 76 statue desecrations, 66 property destructions, 16 thefts and 81 graffiti incidents.

The RFI report recalls that before the leak last May of a preliminary draft of the majority opinion of Supreme Court Justice Samuel Alito astounding Roe vs. Wade, incidents like these have been happening at the rate of one every five days. After the leak, it was every three days. Thirty-two attacks were directed against Catholic churches, including 17 in which the perpetrators left evidence such as graffiti declaring a pro-abortion motive.

Pro-life groups, including pregnancy centers, have also been targeted, according to RFI. From Alito’s opinion leak in late August, there have been at least 63 attacks on pro-life facilities — 28 of a religious nature — in 26 states and the District of Columbia.

Overall, the institute notes, “government officials, law enforcement, and the media have too often responded inadequately or not at all” to incidents like these. Still, the US Justice Department recently stepped up federal prosecutions of pro-life protesters at abortion clinics, typically just two a year but rising to more than a dozen in the past month, suggesting orders Summit.

Right-wing extremism is a serious problem. But left-wing extremism is hardly less threatening to important values. Instead of each side blaming only the other, acknowledging that the eruption of political violence has roots in both sides is a necessary first step in doing something about it.

If you enjoy the news and views provided by Catholic World Report, please consider donating to support our efforts. Your contribution will help us continue to make CWR available to all readers around the world for free, without subscription. Thank you for your generosity!