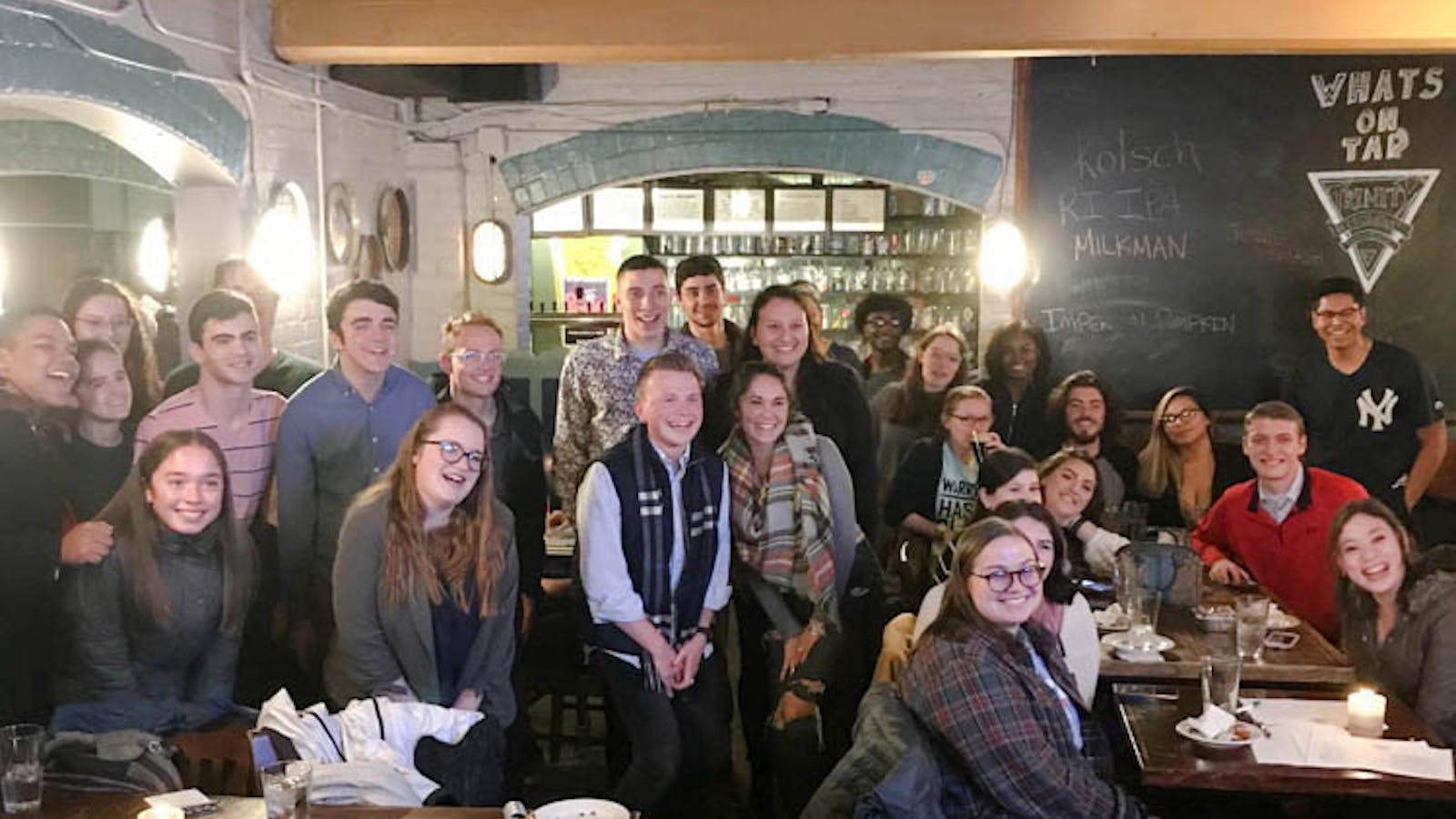 From Democrats at the College of Rhode Island to the University of Turning Point USA chapter, student-led political groups held events across Providence on Wednesday night to watch the latest Democratic presidential debate.

â€œIt’s great when people who all share common values â€‹â€‹come together,â€ said Terrell Parker, senior at the University of Rhode Island and board member for the College Democrats of Rhode Island. â€œIt creates a more authentic and warm environment. “

As the debate unfolded, eyes remained focused on some of the eight televisions spread around the room. Small groups shouted their support after their candidate of preference made a statement. Some booed. Many have joked about the candidates who they believe have no chance of being nominated.

The rally included groups of students from Brown, URI, Salve Regina University, Providence College and Bryant University, as well as a representative from Rhode Island College. The umbrella organization CDRI organized the event.

The debate night event was the premier fall gathering for CDRI, a group that aims to foster collaboration among academic Democrats across the state.

â€œWith the more people we have, the more perspectives we have,â€ said Robbie Welcome, junior at Salve Regina. â€œIt’s also a good networking opportunity to meet people from other schools.

â€œThere are a lot of degrees of separation between us and the (Democratic) party,â€ Lang-Maso said. â€œThere is room for us to break away from the party to a certain extent, but at the same time we try to respect what the party thinks about. “

Cyd McKenna, who is the Executive Director of RIDP and who was involved in organizing the event, stressed the need to help cultivate the next generation of democratic leaders.

â€œIt’s important that there is a global body that includes all universities, especially in a state like Rhode Island where we have so many,â€ McKenna said. â€œRose (Lang-Maso) did a great job reaching out to different universities to bring different groups together. “

Meanwhile, in a small classroom in the basement of Friedman Hall, eight students gathered to watch the debate at an event hosted by Turning Point USA at Brown, the academic chapter of the conservative youth organization. . On its Facebook page, the group invited students to â€œA Night of Comedyâ€.

“We are curious to see what the Democratic candidates have for their vision of America,” said Christian Diaz de Leon ’21, president of Turning Point USA at Brown. â€œWe are a limited government organization. With candidates like this campaigning for bigger government, of course we’re going to find these policies a bit humorous. “

During the debate, silent skepticism and laughter emanated from the room. But the night was not entirely full of animosity towards the candidates. De Leon said Turning Point encouraged people from all walks of life to attend the event, adding that at least one Democrat was in the room.

At one point, a figure of President Donald Trump made an appearance for photos, circulating around the back of the room.

However, skepticism prevailed mainly at night. Participants shouted occasional punches in response to what was happening on the debate stage.

For de Leon, the prospect of a candidate like Sanders or Warren winning the White House is alarming.