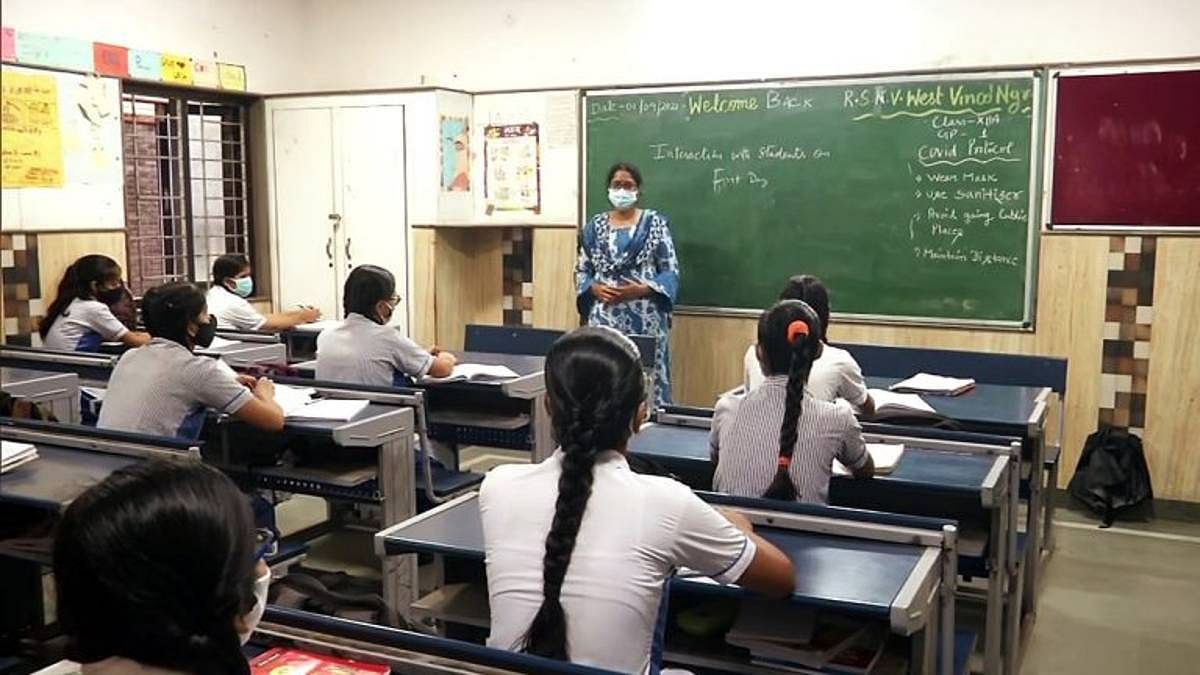 The AAP has made education a political issue. Competition will force others to take it seriously

EEducation has never been an election issue in India. The promise of public schools was an afterthought in the manifestos, if at all, they found a place. Yet the promise of “free, high-quality education for all” is one of Arvind Kejriwal’s key guarantees in Punjab, Goa, Uttarakhand and Uttar Pradesh, four of the five states under ballot. The persistence of the Aam Aadmi party with this discourse reflects the emergence of a new education voter who has been meticulously cultivated by the party over the years. This is a remarkable policy innovation with exciting implications for the state of public schools in India.

Politically speaking, the AAP’s decision to make education a feature of its “Delhi model” was a major gamble. Education is not a political issue for a very good reason. It is what development economists would call a relatively “invisible” public good. Research has shown that a “visibility effect” drives political parties to focus their public spending on areas that have short-term but visible results. The impact of investments in education can take more than a decade to become measurable. Governments with five-year terms tend not to think beyond that. The benefits of education are so diffuse that it can be difficult for politicians to appropriate these achievements.

Read also : From ‘Jugnu’ to AAP’s CM face in Punjab, ex-comedian Bhagwant Mann is no stranger to the big stage

I am not saying that educational reforms have never happened in India in the past. India made significant progress in schooling in the 1990s and early 2000s, taking inspiration from (and sometimes compelling) the United Nations Millennium Development Goals initiative. The midday meal program paid off after a slow and frustrating journey that culminated in a legal battle. It was only after the Supreme Court intervened that all Indian states were forced to provide midday meals. Reforms have taken place, but they have rarely been led by political parties.

An example of a weak and superficial policy push in the education sector is the UPA’s Right to Education (RTE) Act. Admittedly, the RTE presented a bold promise of change, but was not followed by an implementation plan. Congress had several state governments in the country at the time. If he had wished, he could have led the pack by deploying the various interventions of RTE in a thoughtful and prudent manner.

Education projects succeed in silos when individual state actors such as education bureaucrats, district commissioners, principals or teachers inject their personal enthusiasm and drive, but are rarely able to grow or grow. maintain due to lack of political will. It also means that, on the whole, parents who send their children to public schools in India have no hope of reform. Public schools have become schools of last resort for those who cannot afford private education.

For all these reasons and more, there was immense skepticism about the potential of education as a political issue. When I was working on the School Reform Bill, I was the AAP spokesperson representing the party in the evening debates. In private conversations, journalists and opposition party spokespersons would be amused by the AAP’s focus on schools. Some even joked that the party was in danger of becoming an education-focused nonprofit instead of a political organization. The AAP has already put in place a winning formula of welfare programs providing cheap electricity and water – so why is the AAP putting so many eggs in the basket? education? The choice was not so much political as ideological.

Political scientist Ben Ansell calls public spending on universal primary education “the sharpest tip of progressive redistribution”. Investing taxpayers’ money in public schools is the most effective transfer of wealth from rich to poor. By allocating 25% of the state budget to education, the AAP signaled that it was making every effort for progressive redistribution. Propelled by this unprecedented injection of resources, the reforms took off.

But for the AAP’s bet on education to pay off, the reforms that succeeded in delivering better education were not enough. It was essential that the party create a strong association in the minds of voters between voting for the AAP and better schools. To achieve this, overtly political scaffolding has been added to the efforts of the Delhi government – ​​without politicizing the content shown to children. The vision articulated by management was clear from day one: to make education a political issue. In February 2020, when the party won its third election in Delhi, Education Minister Manish Sisodia said, “I had a dream five years ago…I wish an election in our country would have happened. stand on the issue of education. Today, I am happy that this dream has come true.

The AAP deployed significant political capital to make this a reality. The party cadre was invited to participate to help cement the government’s efforts. State capacity on the ground was invigorated by young and old AAP volunteers, who had found a meaningful project to engage in. The government placed advertisements in newspapers, television, and radio inviting parents to parent-teacher meetings; party cadres mobilized parents and convinced them to attend. The government has empowered School Management Committees (SMCs) to hold schools accountable to parents; party cadres enforced it through influence of the local AAP MP and sometimes by directly alerting the Minister of Education of violations.

Every stakeholder was publicly celebrated. The results of Classes X and XII were announced to the public by the Minister of Education at major press conferences. Photos of successful students were posted on billboards, newspaper advertisements. The inaugurations of swimming pools, hockey fields, auditoriums, new classrooms have all been marked by billboards in the school district announcing the arrival of a new and improved public school. The state teacher award ceremonies were held on a large scale of Bollywood awards nights. The remarkable achievements of students, teachers, parents and civil servants were regularly celebrated with dinners at the Chief Minister’s residence as a sign of government recognition.

Read also : Why AAP stands to lose most as farmers decide to go solo in Punjab polls

From Delhi to Punjab

Delhi’s public schools are dominated by children from the most marginalized sections of society: the urban poor, daily wage earners, first-generation learners, Dalits, Muslims and migrants from across the country. Many Delhi teachers are also migrants from other states. All those who became partners of the AAP government in education reforms have now become party ambassadors.

In states where the AAP is fighting elections, the party has found that stories of education reforms in Delhi have found their own organic life through word of mouth. In Goa, when Arvind Kejriwal went door-to-door this week, voters in Goa were seen sharing with him that they had heard about schools in Delhi. In an opinion piece in ThePrint, veteran journalist Chander Suta Dogra writes: “A significant portion of Punjab’s Dalits, whose children fill the state’s dilapidated public schools, are particularly hopeful that an AAP government might be good for their children.

The party certainly seems to be able to take advantage of its education policy. But what are the implications of this politicization for the education sector itself? Sooner or later, political competition will force all parties to take education seriously. In Uganda, universal primary education became a reality when a politician promised it in an election and delivered on that promise. A paper that investigated this phenomenon found that in a competitive democratic environment where education becomes an issue, public spending on education increases.

We can already see signs of this happening in Delhi. The Bharatiya Janata Party (BJP) runs Delhi’s municipal schools (different from state public schools). Although their overall quality remains poor, they have reluctantly adopted some of the Delhi government’s reforms like mega parent-teacher meetings and Mission Buniyaad, a major educational intervention.

Education officials from all Indian states have started to rely on the Delhi Department of Education for guidance. Delhi regularly hosts delegations of amazed education officials. Education ministers from several states and all parties have visited schools in Delhi to understand the reforms.

The price parents pay to educate their children has increased dramatically over the past decade. India’s demographic distribution is such that the sheer size of the community of parents with school-going children has grown rapidly. The AAP has the advantage of being the first among this broad electoral base, in particular because it has become the first party to appeal to them politically. In a politics dominated by cynical calculations of castes and religious coalitions, this is a welcome departure.

Akshay Marathe was a member of the AAP government education task force and is currently studying public policy at Harvard University. Views are personal.