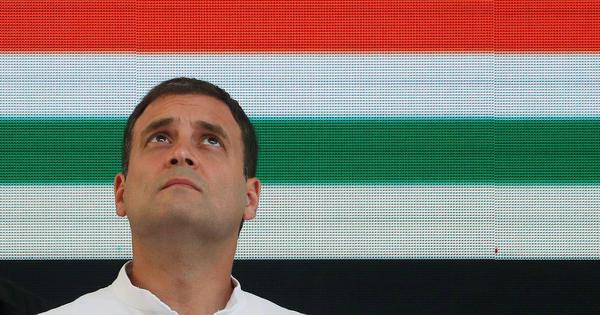 The Death of Congress

A new type of civil society politics was recorded in the northwest of the globe in the 1960s. Fondly remembered by nicknames, such as the “Sixties style“in England the decade has seen students and young people forcefully articulate what has been called ‘post-materialist politicsby the German philosopher Jürgen Habermas andnomadic politicsby Alberto Melucci.

Their campaigns expressed cultural concerns such as animal rights, anti-racism, anti-war, civil rights, women’s rights, and sexual minority rights. This phenomenon has been identified as New social movements in the social sciences.

The prefix “new” underlines a definitive departure from the purely economic concerns of traditional Marxism, which had largely dominated social movements. The new social movements are the precursors of identity politics in the North West, which is illustrated by an extreme awakening in the contemporary.

They have the following characteristics in addition to being cultural: (1) New Social Movements are loosely organized without fixed leaders; (2) participants in New Social Movements are not required to enlist. Indeed, they are allowed to be nomads and to undertake short-term actions; (3) New Social Movements do not necessarily compete for state power but merely act as pressure groups; (4) New social movements rely heavily on new methods of communication for the expansion of discourse and political mobilization.

Careful analysis will reveal that the Indian National Congress unwittingly shares the first two characteristics. Although Sonia Gandhi was reinstated as active president after the polling debacle, Raoul Gandhi remains the authority without responsibility.

The arrangement is likely to continue until the prince finds a favorable political climate, if at all, that is, he officially takes the reins. State Congress Speakers, including in Uttar Pradesh, have been asked to resign after election defeats, but Priyanka Gandhi walked away unscathed.

On an unstable infrastructure, a superstructure of famous leaders is cultivated and inducted. Bhim army chief Chandra Shekhar Aazad and student activist-turned-politician Kanhaiya Kumar exemplify these tendencies. They are elevated to media heights for loudspeaker but have few supporters to win elections. On the organizational level, therefore, the leadership of the Congress is in turmoil at all levels.

The youthful adventurism that characterizes New Social Movements allows participants to flirt with causes. This allows them to not engage and even to be cause hoppers. But when Congress shows similar symptoms, it means “the big old party”, which grew as a social movement, is now unraveling.

Loyalists will say this simultaneously means Congress is a new social movement in the making. But the New Social Movements cannot and do not want to win the elections. Congress would have lost 39 of 49 elections which he has fought since Narendra Modi became prime minister in 2014. The same report says that since 2014, 222 candidates have left Congress to join other parties and 177 lawmakers and parliamentarians have left the organization.

Unlike the first two aspects of New Social Movements, Congress willingly embraced the last two characteristics. Political pundits, even those in Durbari, are unanimous that Congress was unable to show the courage needed to win the elections in India today.

It seems that “the big old party” has resigned itself to being a distant finalist in poll after poll. The Congress is simply aiming for victory in a handful of seats and a complementary vote split across the country in order to offer itself as the glue that can bind regional parties together against the juggernaut of the Bharatiya Janata Party. He tries to compensate for this acute lack of ambition with moral demagoguery.

It’s borrowed learning from the North West’s lore machine that has been repeatedly rejected by a subaltern electorate in India since 2014. The BJP has managed to shape an electoral strategy based on two “isms” – civilizationalism and welfarism. Congress attacks the former only to incur public ire, and it seems sporadic and therefore insincere when bidding on the latter.

Sociologist Manuel Castells has underline that new methods of communication for mobilization purposes are an essential feature of new social movements. This of course includes social media. Since 2014, the BJP has added social media to its campaign arsenal. Congress was slow to get involved. But now that it finally is, Congress has made a dangerous mistake in assuming that social media can replace door-to-door mobilization.

It’s true that “the big old party” simply doesn’t have the popular support to build direct relationships with its constituents. But the Aam Aadmi party has shown that it is not impossible and that the electorate is ready to invest in serious contenders for power.

Congress, unfortunately, seems the least interested in sweating it out on the ground. Instead, his moves on the political chessboard are driven by the pull of noise in the Twitter and other space. The Stellar Azad defeats and Channi, in the just-concluded State Assembly elections, must demonstrate to Congress that identity politics can win him the support of the left-leaning liberal parivar in the North West and their college neighborhoods in India. , but that’s barely enough to win an election.

Congress must not only reorganize and resolve its leadership crises at all levels, but relearn how to develop connectivity down to the last electoral mile in order to revive the party.

Most importantly, Congress must avoid the temptation of instant gratification on legacy media and social media from Orientalist-Modernist forces. They want to reject the glory of India as a civilization and produce it like a child arrived in 1947 thanks to the British Raj. If “the big old party” does not recover from its colonial hangover, it risks being reduced to a new social movement. Politics in the world’s largest democracy will be much less lively.

The author is Assistant Professor of Sociology at NMIMS, Bengaluru, and also a PhD candidate at JNU.

Renewable energies as a political issue

Renewables will be used as a political issue