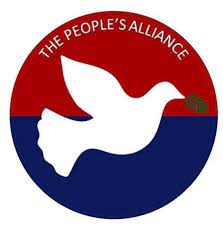 The People’s Alliance party has filed a complaint against the FijiFirst party, alleging it breached campaign rules under the Elections Act 2014.

The complaint was filed with the Supervisor of Elections, Mohammed Saneem, on Friday July 15.

In the letter, party general secretary Sakiasi Ditoka claimed that FijiFirst had breached section 112 of the law which stipulated that all campaign materials published and distributed by political parties and candidates must include, in a format of easily legible printout, the name and address of the person and organization. who authorized and paid for the printing of the material.

He said the law also requires political parties to name the company that printed the material, their business address and date of publication.

He added that they had also attached 15 samples of campaign materials that the party had recently highlighted on its social media page.

“The display of these leaflets by the FijiFirst party is clearly campaign material given the language, images, diagrams, photos and information they contained for promotion and publicity,” Mr Ditoka said. .

“Furthermore, these campaign materials bear the FijiFirst party logo, not the Fijian government coat of arms, and the timing of its release on the eve of a general election removes any doubt to the contrary.”

He said he hoped their complaint would receive equal and fair treatment with similar complaints from other political parties, in the interests of transparency.

*Questions sent to FEO and FijiFirst Party General Secretary Aiyaz Sayed-Khaiyum remained unanswered at the time this edition of The Sunday Times went to press.