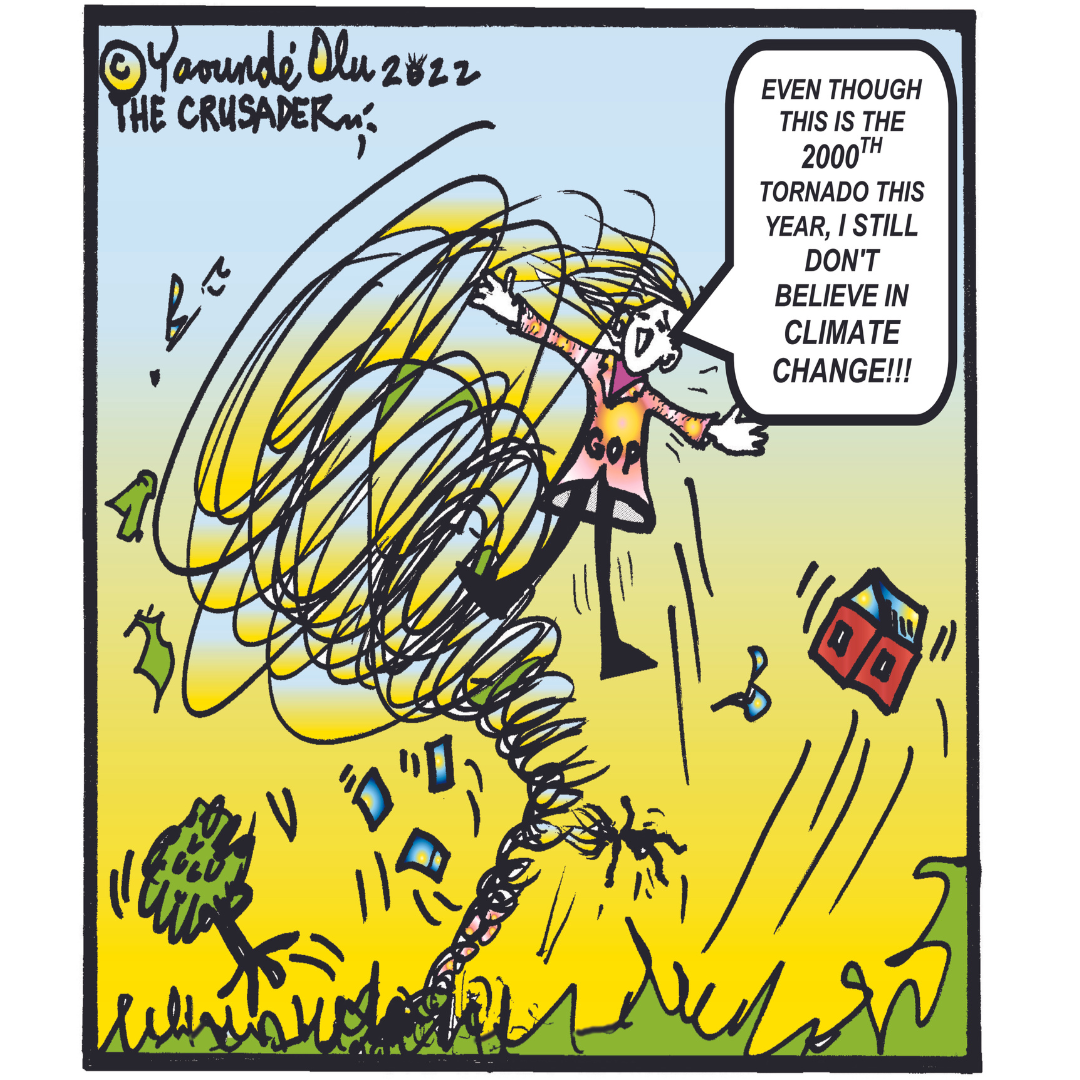 Severe drought, increasing storms, rising coastlines and the specter of bleak prophecy of the world’s future are just a few clues that climate change is happening. Terrible droughts have pushed people into areas with unpleasant repercussions; there will be water wars.

A few people, including Elon Musk, are considering leaving the planet to become what Musk calls “a multiplanetary species.” He suggests that we shouldn’t be tied to a planet that could be doomed.

In their move to dismiss climate change, some Republicans dismiss the science of its reality. Even in the face of overwhelming evidence to the contrary, they resist the idea that climate change is happening and have opposed legislation that would help offset its consequences.

One could say that this situation is the result of the stupidity of America. Those who deny climate change probably rub shoulders with those who refuse to believe that the Earth is round. When willful ignorance rules, it is impossible to convince a person of the reality of anything else if his mind is against it, especially if he is indoctrinated by the toxic propaganda of the Republican Party.

one online rolling stone article titled “Why Republicans Still Reject Climate Change Science” written by Andy Kroll, describes an encounter with a Republican legislator. Henry Waxman, the Democratic congressman representing Santa Monica and Malibu, approached one of his Republican counterparts, a Texan named Joe Barton, about collaborating on legislation that would address the issue of climate change. Waxman remembers Barton asking “why he should work on a solution to a problem he didn’t believe existed.”

According to the article, Waxman said, “It has always been amazing to me that Republicans as a party have taken the view that climate change, if it even exists, is not caused by man-made pollutants. , and that’s not really a problem. problem.” Waxman continues, “It’s an open hostility to the science, the evidence, and the facts that are becoming more and more undeniable.”

The rolling stone the article further states, “Each month this year set a new record for the warmest monthly mean global temperature in history. Fifteen of the 16 warmest years on record have occurred in the 21st century.

“The facts are on our doorstep in the form of drought-fueled wildfires ravaging Southern California; sea ​​level rise in New York, Norfolk, Virginia and Miami Beach; melting glaciers in Alaska; (and) bleached coral reefs in the Virgin Islands. We have reached the point where global warming, and the extreme weather it causes, exceeds the very models scientists use to predict the future.

Wow… how scary is that? Opinions expressed by some informed observers project the belief that life on Earth will become nearly impossible in a few decades, but Republicans have recently opposed legislation that would help alleviate the problem. This makes them dangerous.

Not only are they spreading propaganda about a stolen election, but they are influencing people to believe ridiculous ideas that will eventually backfire not only on them, but on humanity as a whole!

One of the issues facing African Americans is the burden of being distracted by issues of racism and other forms of abuse in America while dealing with other pressing issues. The Republicans also play into this scenario.

While the toxic environment they create fuels racial hatred and division that manifests itself in voter suppression and the backlash of democratic principles, the focus on the dangers of climate change takes a back seat. The result is that many black people pay little attention to climate change because they are preoccupied with Republican nonsense.

What we all need to do is develop an ability to multitask; Black people must address the ills plaguing the community while paying attention to what is happening on the planet as a whole.

Climate change affects us all; we won’t have to worry about racism if the planet becomes uninhabitable! A Continuous Fight.