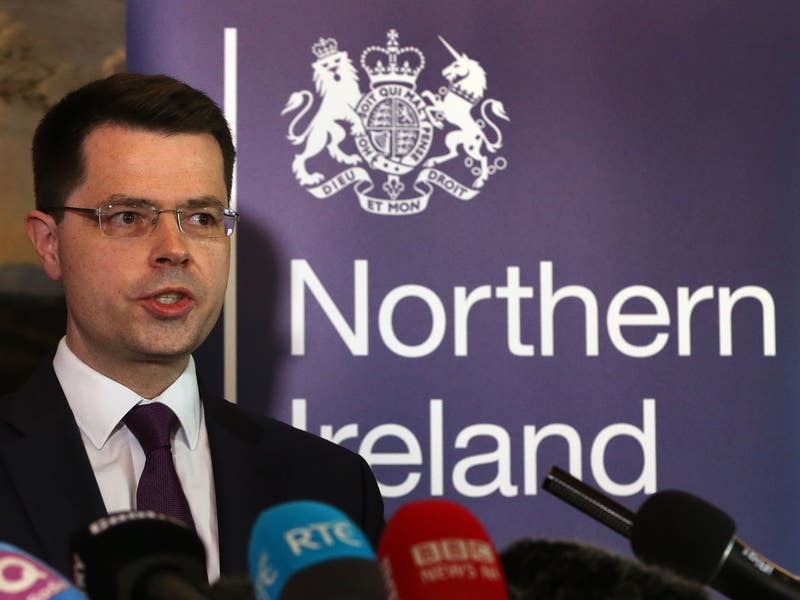 James Brokenshire’s death drew tributes from all walks of life in Northern Ireland.

Senior politicians from the Republic of Ireland have also expressed their condolences to the late Tory MP who served as Secretary of Northern Ireland for 18 months, resigning in January 2018 after being diagnosed with lung cancer.

The period coincided with the power-sharing collapse in Stormont – due to a row between the main parties over a botched green energy program – and much of Mr Brokenshire’s time was dominated through efforts to restore institutions affected by the crisis.

“I am so shocked and saddened by the death of James – one of the good guys in politics who handled his diagnosis with such grace,” she said.

“Of course I send my love and prayers to Cathy and their children as well as to all of her colleagues and friends.”

Current DUP chief Sir Jeffrey Donaldson tweeted: ‘This is hopelessly sad news. James was one of the nicest people I worked with in politics.

â€œHe has spoken warmly often of his time in Northern Ireland as Secretary of State.

“My thoughts and prayers are with his dear wife Cathy and her colleagues in the Conservative Party.”

“He was a dedicated politician and public servant whose sincerity and commitment have always shone, especially in the context of his work in Northern Ireland,” he said.

â€œHe has displayed integrity, energy and commitment as Secretary of State and has been a constructive partner for the Irish government throughout the process.

“My sincere condolences to his wife Cathy, his children and the whole family.”

“Deeply saddened to learn of the passing of James Brokenshire,” he wrote.

â€œWorking with him as (Secretary) of State for NI, his dedication and commitment shone through. A true civil servant who had a real positive impact. My thoughts are with his family at this very difficult time. “

“This is very sad news today,” he said.

â€œJames faced the news of his illness with immense courage and a genuine determination to heal his family and return to the job he loved – representing people. “

Ulster Unionist leader Doug Beattie said: â€œI am shocked by the incredibly sad news of the death of James Brokenshire. James was an honorable and courageous man who served with distinction as Secretary of State for Northern Ireland.

“My thoughts are with his family and friends at this difficult time.”

Alliance Party leader and Stormont Justice Minister Naomi Long tweeted: â€œHe was a true gentleman to work with and we all wished him luck in his battle with lung cancer that he fought valiantly.

“My thoughts are with his wife Cathy, his 3 children and his friends and colleagues at these very sad times.”