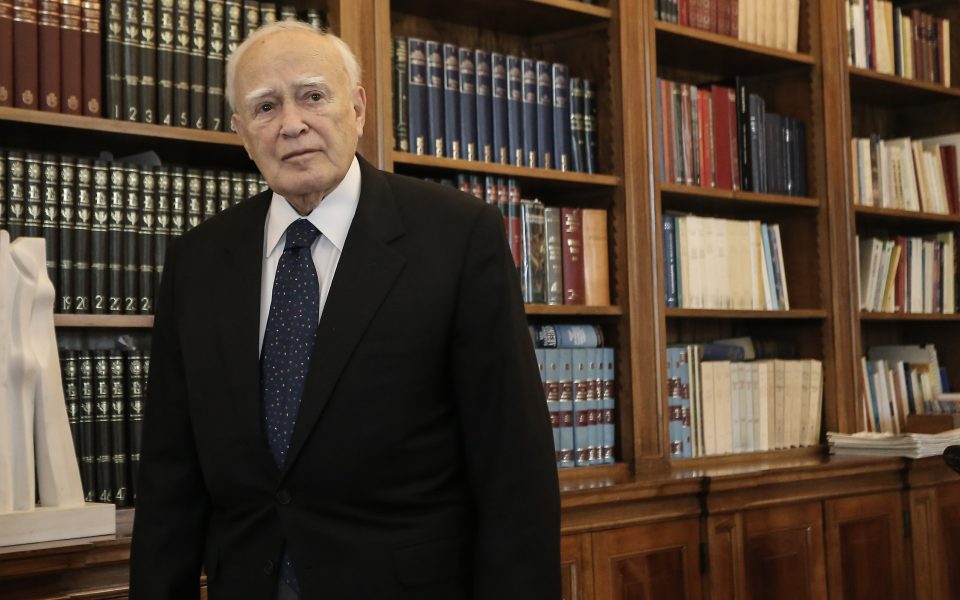 Tributes are pouring in from the Greek political world in honor of the former President of the Hellenic Republic Karolos Papoulias after his death on Sunday.

â€œThe Greeks bow their heads to the responsible president, the visionary minister, the noble adversary and the devoted patriot. To the politician accessible and gentle mannered, as well as to the sensitive and educated person. They present the decades of his life as the exemplary journey of a true civil servant. They are inspired by his message of unity and dignity which he will defend eternally, â€Prime Minister Kyriakos Mitsotakis said in his statement.

â€œPapoulias honored the institution of the Presidency with its high moral standards, humanism, dedication to dialogue and institutions, and faith in unity through humility. We will commemorate him with respect and emotion as a politician and president who united what is true with what is patriotic, â€said opposition leader Alexis Tsipras.

â€œHe served Greek public life in many ways, especially as President of the Republic, with a high sense of patriotism, selfless dedication and impeccable morality,â€ said Papoulias successor and former president Prokopis Pavlopoulos.

“Karolos Papoulias, whom I had the honor to call a friend, has conducted himself in Greek politics with dignity and a sense of solidarity,” Foreign Minister Nikos Dendias said.

â€œHe remained until the end a visionary of peace and humanism, a tireless defender of Democracy. We will remember him with great respect, â€said the new chairman of the Movement for Change, Nikos Androulakis, who praised Papoulias’ long tenure in the party.