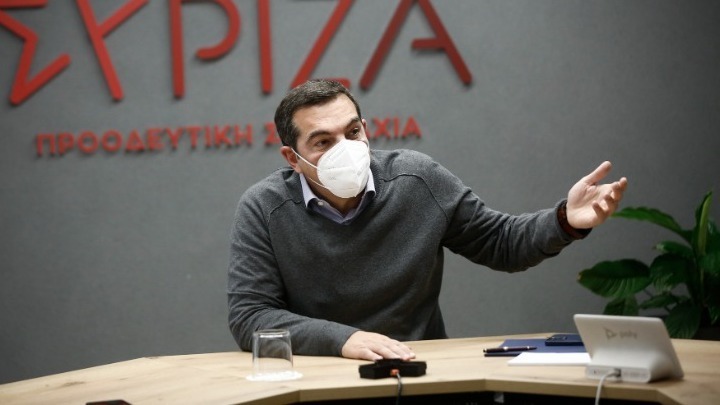 The leader of the main opposition SYRIZA-Progressive Alliance, Alexis Tsipras, accused Prime Minister Kyriakos Mitsotakis of a policy of citizen deception during his visit to the Keratsini market on Saturday on the occasion of the government’s measures against the increase electricity tariffs.

Tsipras spoke to traders and consumers about the dramatic reduction in their incomes, extremely high electricity bills that in many cases exceed their monthly incomes and the delayed and insufficient measures announced by Mitsotakis on Thursday.

After the end of his market tour, Tsipras said: “Over the past nine months we have been warning that profiting from energy will drive society into a huge crisis. For nine months, the government has been calling us populists and saying that the phenomenon of rising prices is temporary. Today, terrified by social anger, Mitsotakis proceeds with measures which, however, hardly touch the profit mechanism”.
In conclusion, he expressed his certainty that the “only perspective to sustain society is political change”.